Buddhist delegates from around the world met in New Delhi on 5 November to celebrate the 10th anniversary of the International Buddhist Confederation (IBC). The event sought to draw attention to the relevance of Buddhism in the world today. 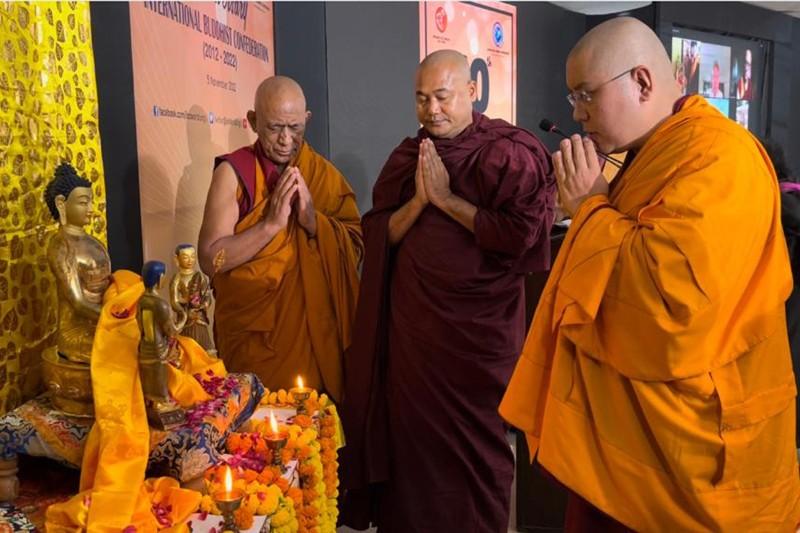 “It is an important mission that should carry on to bring about a happier and healthier and more peaceful world through the teachings of [the] Buddha” said Kyabje Yongzin Ling Rinpoche, of Drepung Loseling Monastery in Himachal Pradesh, who attended as the chief guest of the IBC. (The New Indian)

Ling Rinpoche helped to begin the event by lighting lamps and offering flowers before a Buddha statue. This was followed by chanting by monks.

“The world is facing trouble today,” said guest Tenzin Khenstse. “Lack of knowledge is the main reason behind all the wrong things in the world.” (The Print)

IBC deputy secretary general Gaden Shartse Khensur Jangchup Choeden remarked that the confederation had achieved what was once considered impossible: “The aim of IBC is to create a common platform of Buddhists from all over the world.” (The Print)

A number of the delegates joined the celebration virtually, including Lama Lobzang, the architect of the IBC. 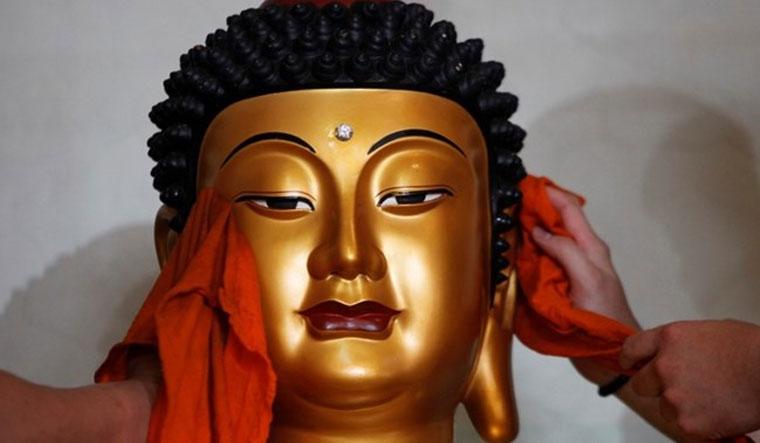 As the program continued, a short movie on Buddhism was shown and plans were unveiled for the construction of an India International Centre for Buddhist Culture and Heritage in Lumbini, Nepal.

IBC director general Abhijit Halder noted that Indian prime minister Narendra Modi and his Nepalese counterpart Sher Bahadur Deuba had earlier this year participated in a ceremony for the construction of the India International Centre for Buddhist Culture and Heritage. He added that efforts had come to fruition with the IBC beginning the construction work after the Lumbini Development Trust signed an agreement: “We have begun work on it. The design of the lotus is significant as it symbolises the journey to enlightenment. We are trying to replicate it.” (The Week)

The IBC has said that it hopes to create a world-class facility in Lumbini for Buddhist tourists and pilgrims. The India International Centre for Buddhist Culture and Heritage will be built in the shape of a lotus, drawing from the story of the Buddha’s birth, when he is said to have taken seven steps and a lotus bloomed in each footprint.

Pilgrimages to key sites in the Buddha’s life have long been an important aspect of Buddhist practice, drawing practitioners from across traditions and around the world to key cities, including Sarnath and Bodh Gaya. India and Nepal have been working for several years to improve amenities in these cities, along with travel routes to move between them. Venerable Ji Woo, president of Jogye Order of Korean Buddhism, said that the restoration of Buddhist holy sites and internationalizing Buddhism was a significant step.

The spiritual ties of India and Russia were highlighted by the 24th Pandito Khambo Lama Damba Ayusheev, head of the Buddhist Tradition Sangha of Russia, who said that this diplomatic and political relationship was rooted in the Buddha’s teachings: “This tie will be alive as long as this world exists and will keep faith and compassion in the hearts of our peoples.” (The Week) The Taiwan representative spoke of the need to bring peace in the hearts and minds of people.

The IBC stressed its role in creating a welfare society to alleviate suffering and spread the message of peace through the Buddha’s teachings. “[The] Buddha’s teachings are deeply engrained in the psyche of Indians,” said Halder. He noted that India was clearly taking the lead in this effort, as demonstrated in Modi’s message played at the gathering on Saturday, which stated: “India has given Buddha and not war to the world.” (The Week)

With the motto, “Collective Wisdom United Voice,” IBC aims to make Buddhist values and principles a part of the global discourse and a medium for conflict resolution. (ANI)