Stronger laws on religious harmony to take effect on Nov 1

SINGAPORE – Updates to the law that safeguards religious harmony will take effect on Nov 1, strengthening Singapore’s defences against foreign influence and the Government’s ability to respond to offensive online content. 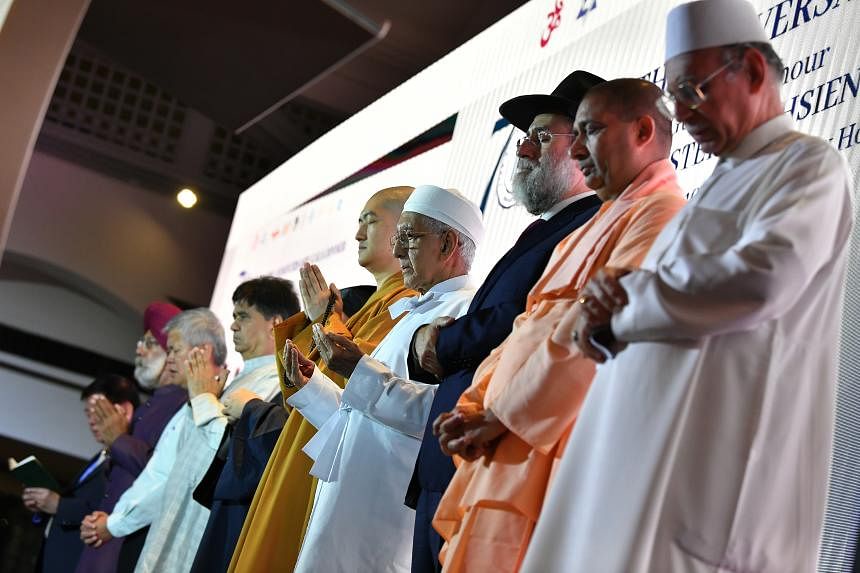 Under the updated laws, religious groups must ensure that key leadership posts are held only by Singapore citizens or PRs. PHOTO: ST FILE

From Tuesday, religious groups must ensure that key leadership posts are held only by Singapore citizens or permanent residents. They also have to declare any affiliations with foreign persons or groups that are in a position of control or power over them.

Restraining orders that the Government can issue to anyone who threatens religious harmony will also be expanded to cover online communications and will take effect immediately, rather than the earlier 14-day notice period.

Another change is that existing Penal Code offences related to religious harmony – such as acts that urge violence or incite feelings of enmity against a religious group – will come under the Maintenance of Religious Harmony Act (MRHA), as well as the differentiated threshold of offence for religious leaders, compared with the public.

The Ministry of Home Affairs (MHA) said on Monday that this will strengthen and better focus Singapore’s efforts in maintaining religious harmony. The MRHA was amended in 2019, while Singapore’s criminal law was amended in September 2021.

Law and Home Affairs Minister K. Shanmugam has repeatedly said – for example, at the debate on MHA’s budget in 2021 – that the law protects both religious and non-religious groups.

“Action can be taken under the MRHA, if a religious group, using religion, attacks a non-religious group, such as LGBT (lesbian, gay, bisexual and transgender) groups or individuals.

“Equally, if a religious group or its member is attacked by any non-religious person or group, say LGBT, action can also be taken,” he said. “The law is even-handed.”

The change to make restraining orders take immediate effect recognises that a 14-day notice period to remove offensive content is too long, given the Internet and social media, Mr Shanmugam had said during the debate on the MRHA amendment.

He said then that parts of the Internet are already turning into “hothouses of hate”, with Internet access making it easier for people to be influenced by extremist ideology.

The updated law will also empower the Government to issue restraining orders to religious groups deemed to have come under foreign influence that undermines the Republic’s religious harmony and threatens the peace.

Such an order will prohibit a religious group from receiving donations from foreign donors, and require its entire governing body to be Singapore citizens. The state can also require that specific foreigners be suspended or removed from office.

From Tuesday, the courts will also be allowed to sentence an offender to up to twice the amount of punishment if an offence is racially or religiously aggravated. This is up from the current enhanced punishment of 1½ times for a specified list of offences.

The amendments will cover all offences in the Penal Code, except for those that already incorporate a racial aggravating factor and offences punishable by death or imprisonment for life.

The change also introduces the Community Remedial Initiative (CRI), a voluntary mechanism that gives a person the chance to take remedial action to soothe communal tensions and repair disrupted ties.

This can include a public or private apology to aggrieved parties, or participation in inter-religious events. This provides an opportunity for a person to make amends to the affected community and to better understand the sensitivities of Singapore’s multi-religious society, said MHA.

“The CRI will be voluntary in that the person offered a CRI may choose whether or not to undertake it,” said the ministry. “The CRI will be taken into consideration when assessing whether to prosecute the person for the offending act.”

The CRI will not be compulsory, given that there may be religious reasons why a person may not wish to step into another place of religious worship, Mr Shanmugam has previously said.