A U.N. committee ruled that France violated an international rights treaty by banning a Muslim woman wearing a headscarf from attending school in the country. 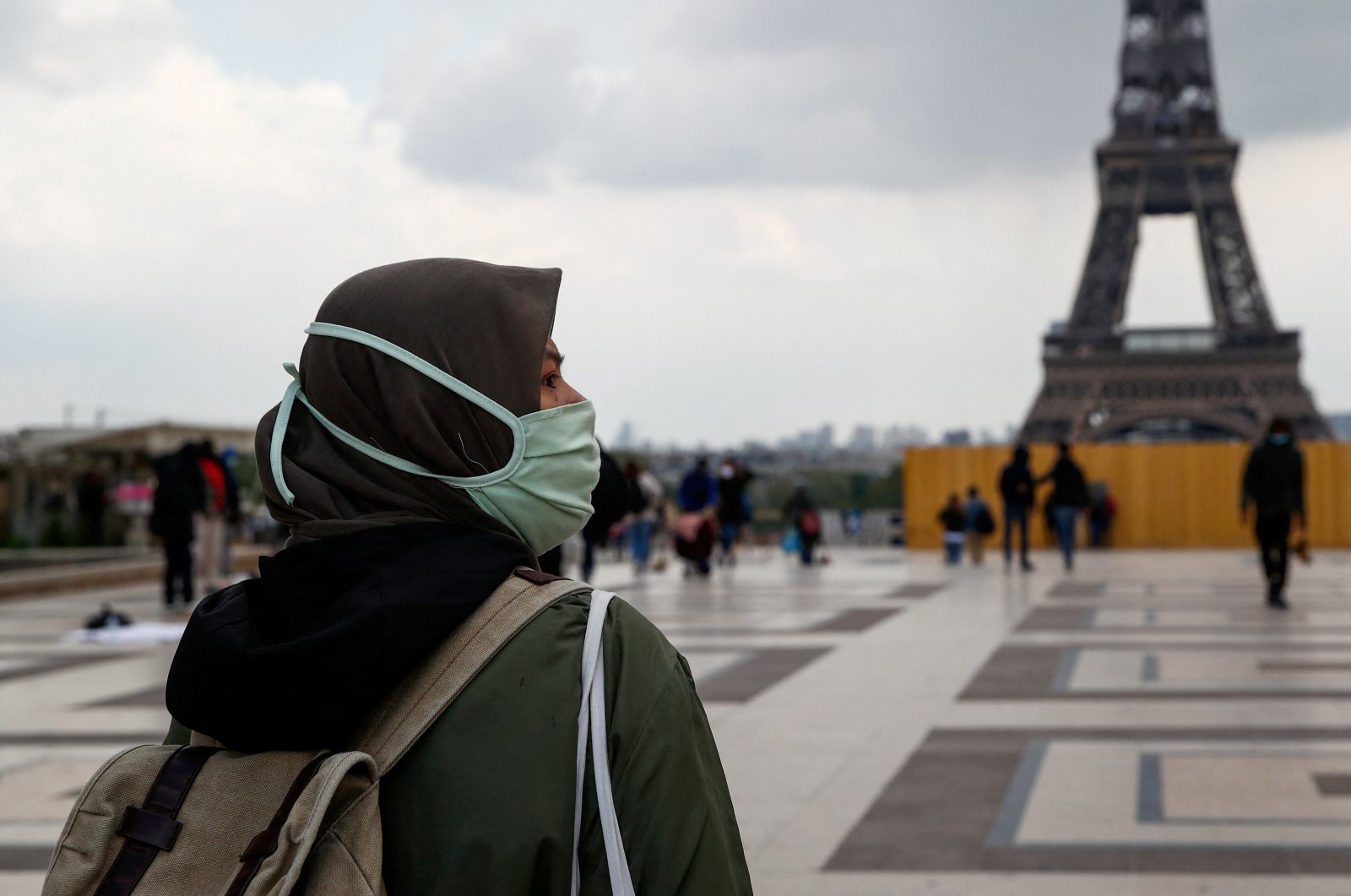 A woman, wearing a hijab and a protective face mask, walks at Trocadero square near the Eiffel Tower in Paris, France, May 2, 2021. (Reuters File Photo)

Its decision follows a complaint filed in 2016 by a French national born in 1977, whose lawyer does not wish her name to be published.

The woman was on a professional training course for adults in 2010, and had passed an interview and entrance test.

But the headmaster of Langevin Wallon high school in the southeastern suburbs of Paris refused to let her enter because of a ban on wearing religious symbols in public educational establishments.

The U.N. committee said "prohibiting her from participating in her continuing education course while wearing a headscarf constitutes a restriction on her freedom of religion in violation of the treaty."

The committee's decision was adopted in March but sent to the woman's lawyer on Wednesday.

"This is an important decision which shows that France has work to do in terms of human rights and in particular on the issue of respect for religious minorities, and more particularly the Muslim community," her lawyer Sefen Guez Guez told Agence France-Presse (AFP).