Three women whose parents have ties with the Family Federation for World Peace and Unification, among other groups, intend to submit a written request to Prime Minister Fumio Kishida urging legal reforms to help children affected by their parents’ religious activities. 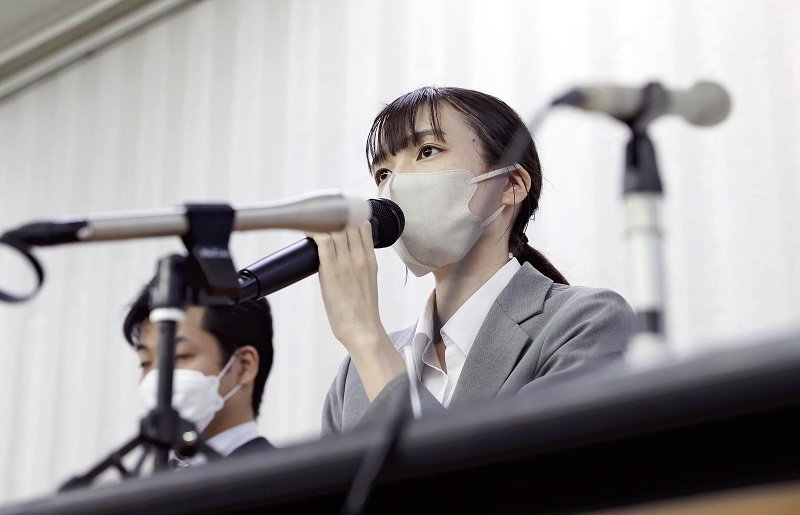 One of three woman calling for legislative reform to help protect children of religious followers speaks during a press conference at the Health, Labor and Welfare Ministry on Thursday (The Yomiuri Shimbun)

Speaking at a press conference on Thursday, the women — themselves former religious believers — said the children of followers are often coerced by their parents from an early age to engage in religious activities and are indoctrinated through fear. The women said such practices constitute psychological abuse and urged relevant authorities such as child consultation centers to treat the issue as they would other types of abuse.

They also pointed out that systematic guidance and induction by religious organizations can spur followers to impose their faith on their offspring, saying the current child abuse prevention law must be amended to prohibit such practices. The women also called for the establishment of a dedicated point of contact to deal with inquiries from affected children.

The group included a woman in her 20s who went public with her story on Oct. 7 at the Foreign Correspondents’ Club of Japan. The woman said that since September, about 60 people had contacted her via social media with stories of trouble relating to parents’ involvement with religious groups.

“I want the law to be reformed as soon as possible so no one is ever victimized again, and I want children to be protected,” the woman said.