The Vietnam Fatherland Front (VFF) Board in Thanh Hoa province’s Nong Cong district held on September 20 a meeting to honor outstanding Catholics in patriotic movements during the 2017-2022 period. 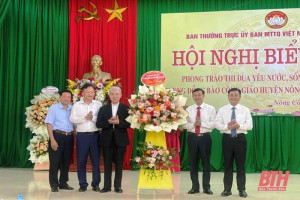 As reported, Nong Cong district currently has 8,000 Catholic people. Over the past five years, Catholics in Nong Cong district have proactively participated in movements launched by local authorities and made practical contributions for the socio-economic development in the locality.

Regarding to the rural development, local Catholics have voluntarily donated tens of billions of VND, thousands of square meters of land and thousands of working days for building and expanding rural road, as well as practically responded to environment protection programs.

Since 2017, Catholics in the district have contributed over 400 million VND for helping flood victims, and nearly 200 million VND to the Covid-19 prevention work in the locality.

The meeting also selected delegates to attend the 4th congress of the Catholics for national construction and defense for 2022-2027 tenure in the province. 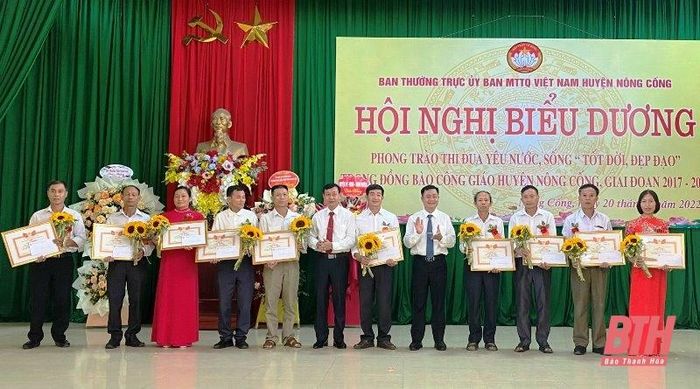 On the occasion, the provincial People’s Committee presented certificates of commendation to 20 Catholic followers for their outstanding contributions in implementing patriotic movements during 2017-2022 period.