The provincial authorities in Tay Ninh province held on January 13 a meeting with key religious and ethnic people, on the occasion of Lunar New Year (Tet) of the Cat 2023. 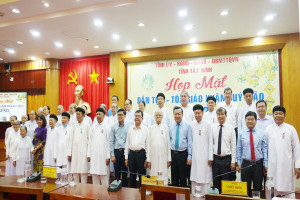 The event saw the presence of Deputy Secretary of the provincial Party Committee Phạm Hùng Thái, 120 religious followers, and 45 prestigious ethnic people in the province.

During the meeting, Chairman of the provincial Vietnam Fatherland Front Committee Nguyễn Văn Hợp informed the guests results of the socio-economic development in 2022 and working plans in 2023 in the province, and stated that provincial authorities has created favorable conditions to social and religious affairs of religious organizations, timely solved issues related to legitimate needs for religious practices and paid attentions to promote fine traditions of ethnic peoples in the locality. 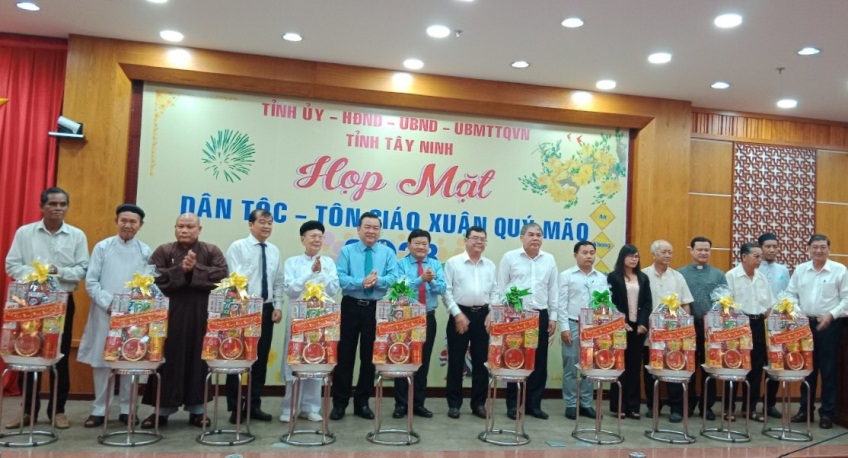 At the gathering, prestigious ethnic and religious people took the chance to thank to local governments for their attention and supports extended to affairs of religions and ethnic groups in the locality. 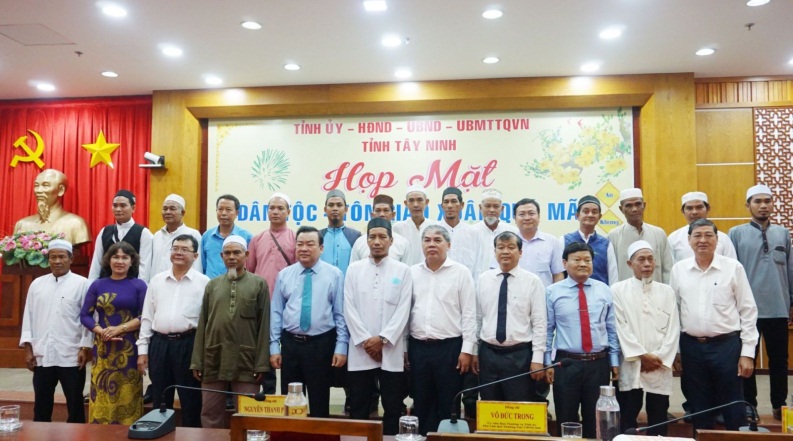