Worshipping “Ong Cong, Ong Tao” (Land Genie and Kitchen Gods) is a long-standing custom of great significance as it symbolises the farewell to all bad things of the old year to help people relaxedly enter a new year of peace and happiness. 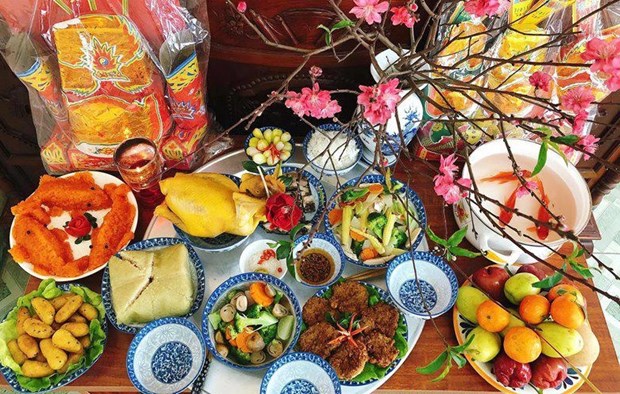 Offerings to the Land Genie and Kitchen Gods on the 23rd day of the 12th lunar month (Photo: laodong.vn)

The Land Genie and Kitchen Gods worshipping ritual is held on the 23rd day of the 12th lunar month, which falls on January 14 this year. It is also considered the start of the Lunar New Year (Tet) festival - the biggest and most important traditional holiday for Vietnamese.

As the legend goes, “Ong Cong” (Land Genie) is the one in charge of land while “Ong Tao” (Kitchen Gods), consisting of two males and one female, are those who keep a watch over kitchen affairs of a family. They take note of a family’s issues in a year and will ride carps back to the Heaven on the 23rd day of the 12th lunar month to report all the good and bad things of that family to the God of Heaven. 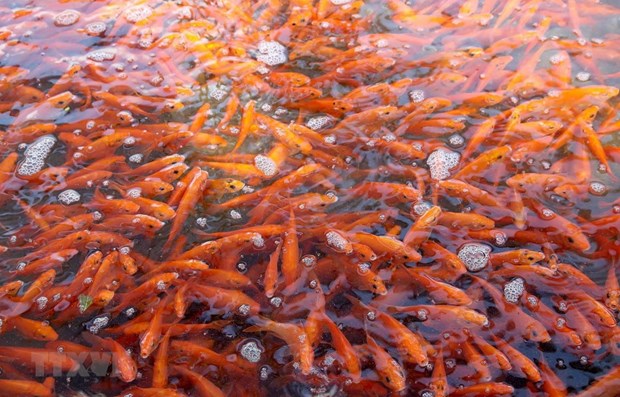 Given this, Vietnamese people believe that the Land Genie and Kitchen Gods are decisive to the good or bad luck and blessing for their families.

Besides, people also view the image of a carp swimming upstream and then leaping over the falls to turn into a dragon as a symbol of steadfastness in surmounting challenges to secure success.

Wishing for good luck in the new year, people hold a ceremony on the 23rd day of the 12th lunar month to send off the Land Genie and Kitchen Gods to the Heaven. Rituals are not necessarily complicated but need to be solemn and show the family’s sincerity. 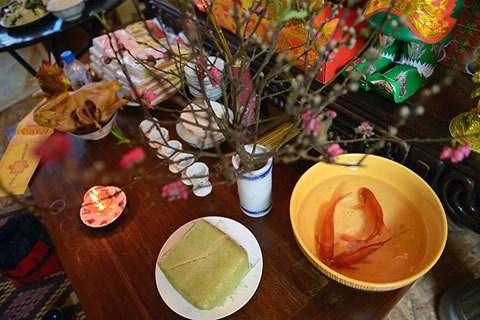 Rituals and offerings vary according to region. Typically, apart from lamps, incense, votive papers, fresh flowers, and a five-fruit tray, there is also a tray of traditional dishes such as steamed sticky rice, chicken, pork pie, fried spring rolls, and bamboo shoot soup. However, depending on each family’s conditions, people can also prepare vegetarian dishes as offerings.

The offerings also include a set of votive paper clothes and, especially, golden carps - the “vehicle” for the gods to return to the Heaven. People often prepare two or three live carps and then release them into a river or lake after the worshipping ritual with the belief that the fish will carry the gods to the Heaven. Nowadays, live carps can also be replaced with paper ones, which will be burned together with other paper offerings after the ritual. 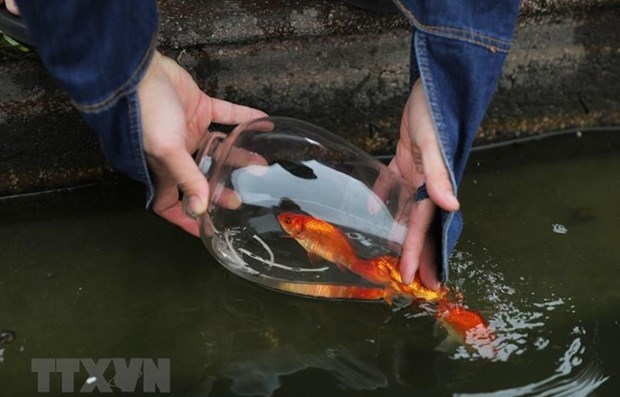 Golden carps are released after the worshipping ritual as people believe they will carry the Kitchen Gods to the Heaven (Photo: VNA)

The worshipping ceremony is conventionally held at any times from the noon of the 22nd day of the 12th lunar month to the noon of the next day because people believe the gods will leave for the Heaven after midday and thus, if the ritual is conducted after that, they would be unable to receive offerings.

With the appropriate practice of the Land Genie and Kitchen Gods worship, people can help uphold and pass down traditional cultural values in the modern life./.