The executive committee of the Vietnam Buddhist Sangha (VBS) in the southern province of Tra Vinh announced on November 19 the establishment of the VBS chapter in the province’s Duyen Hai provincial city at a ceremony held in Long Vinh Pagoda located in Duyen Hai’s Phuoc Binh village. 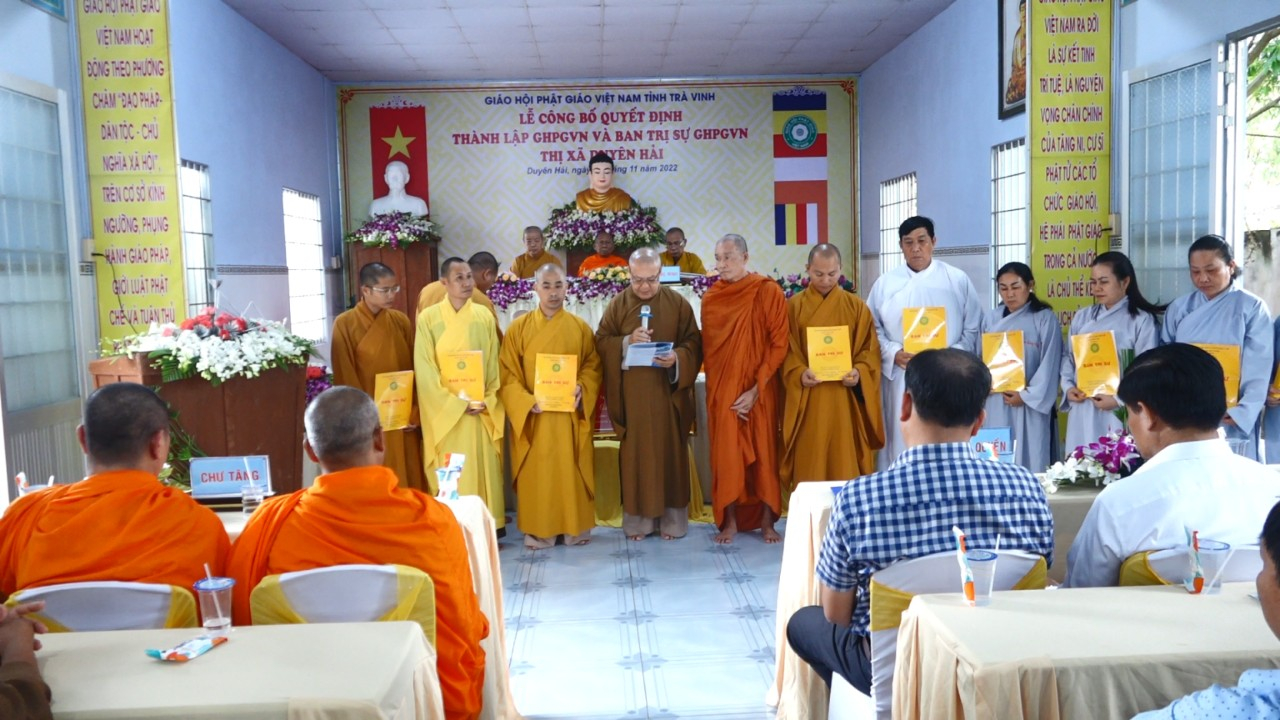 During the event, the executive board of the VBS chapter in Duyen Hai for the 2022-2026 tenure, consisting of 11 members and headed by Seniour Venerable Thích Phước Nguyên, Abbot of Tra Vinh Truc Lam Zen Monastery, made its formal debut. 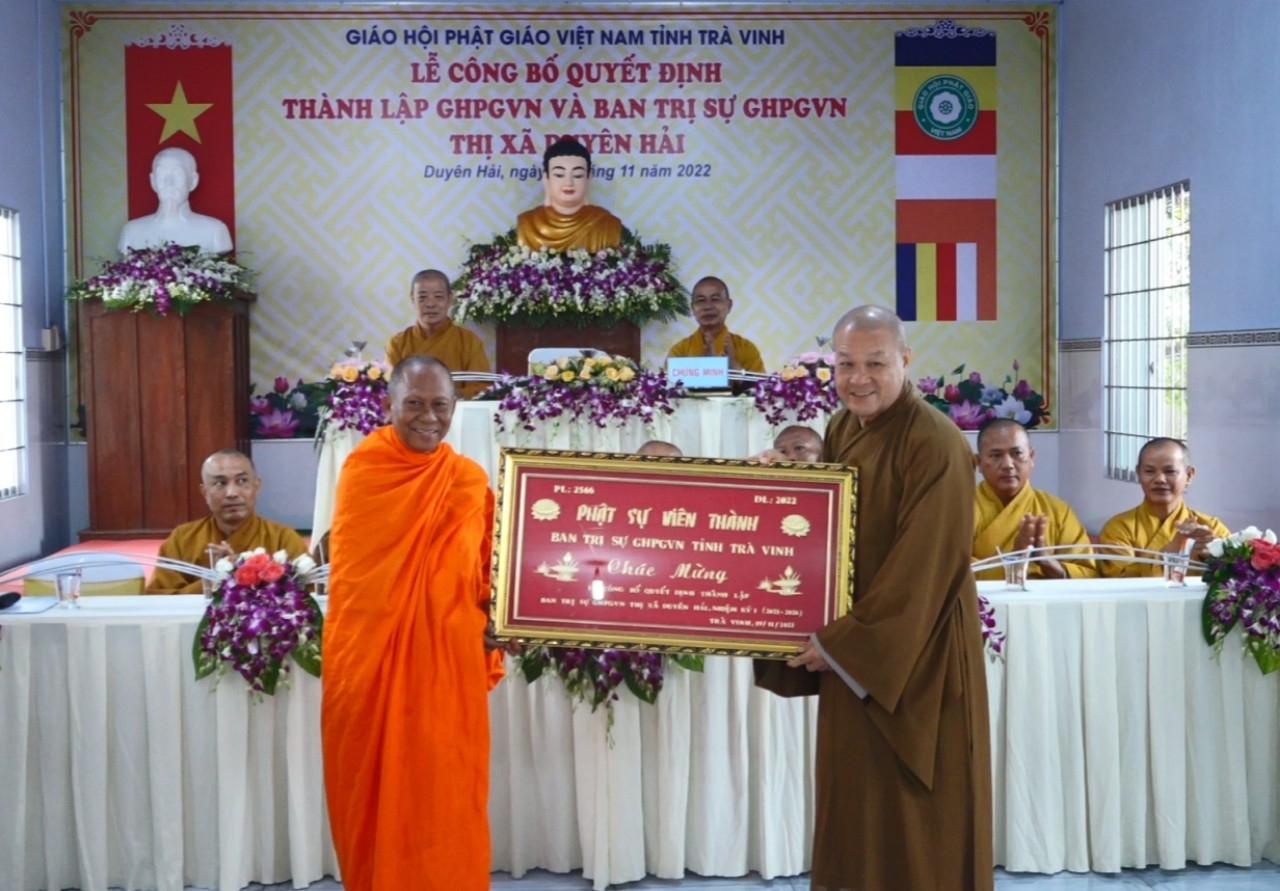 As reported, Duyen Hai provincial city currently has over 5,000 Buddhist adherents with five Buddhist pagodas. The establishment of the VBS chapter in Duyen Hai would practically contribute to meet the need for Buddhist practices by Budhdist people in the locality. 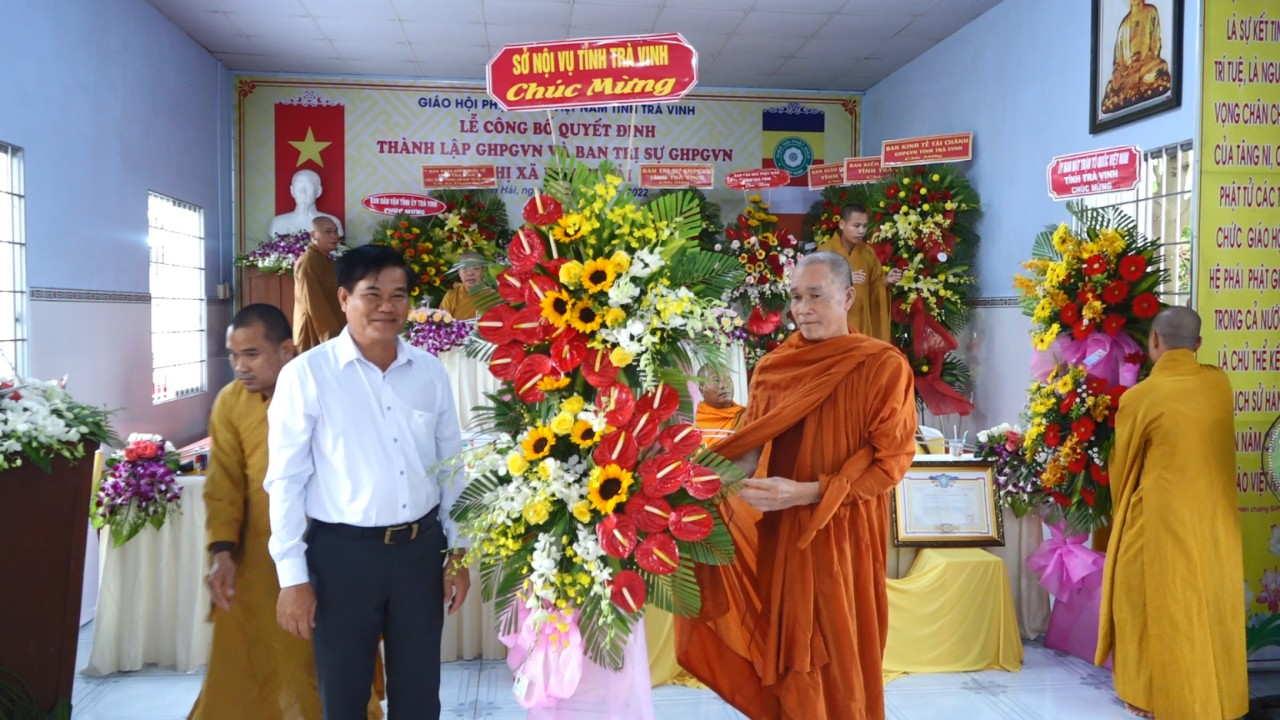