The representative committee of the Hoa Hao Buddhist Church in the southern province of An Giang has held a conference for reviewing its performance 2022 and mapping out the working plan 2023. 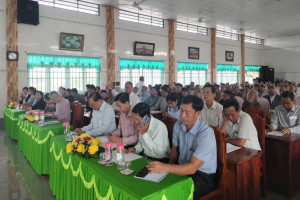 Guests at the year-end conference included Chairman of Ethnic and Religious Affairs Board under the provincial Vietnam Fatherland Front Committee Lý Minh Châu, and representatives of concerning provincial departments and local authorities of Chau Phu district and Cai Dau town.

As reported at the one-day event, last year, the Hoa Hao Buddhist Church in An Giang opened 10 fostering courses on basic tenets of the Buddhist sect, spent over 96 billion VND on social charities.

Honoring outstanding contributions of Hoa Hao Buddhist Church for rural development in the province, the executive board of 49 Hoa Hao Buddhist chapters in the locality has been awarded with the certificates of commendation from the provincial government of An Giang. 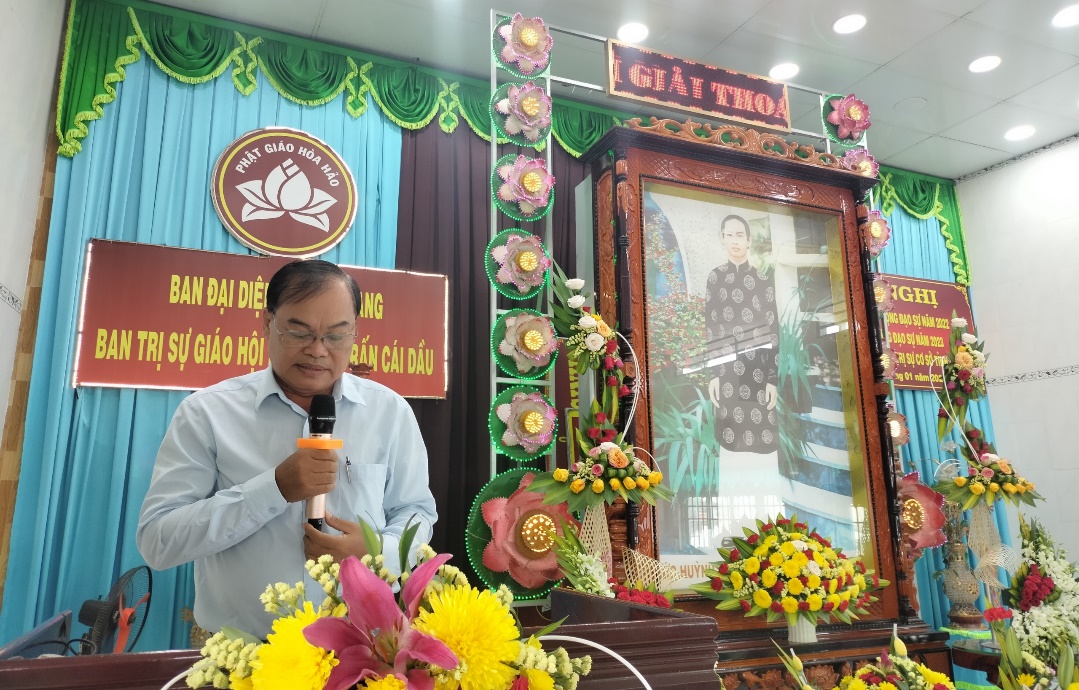 Chairman of Ethnic and Religious Affairs Board under provincial Vietnam Fatherland Front Committee Lý Minh Châu speaks at the conference.