The 4th congress of the Association for Solidarity of Patriotic Monks in Soc Trang province was successfully held on December 28, 2022.

The congress nominated 59 members to the executive committee of the Association for Solidarity of Patriotic Monks for the 2022-2027 term with Most Venerable Tăng No selected as the committee’s chairman. 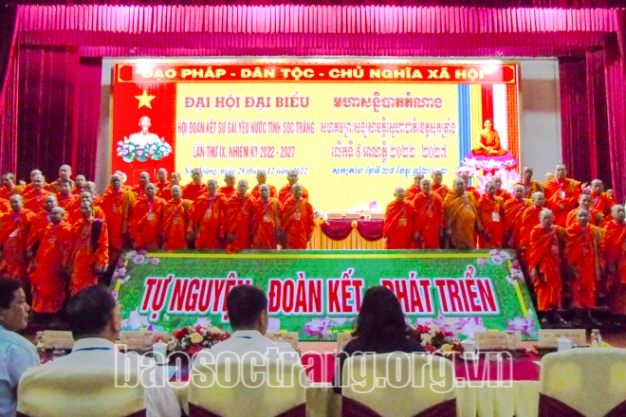 Soc Trang currently has 92 Khmer pagodas and 38 Salatels with over 1,701 monks.

As reported at the event, for the last tenure (2017-2022), Khmer pagodas in the province have made practical contributions valued at over 44 billion VND for social, charitable activities for supporting the poor, building rural bridges and roads, presenting 200 tons of rice and over 400 bicycles  to poor pupils, promoting education etc.

On the occasion, the provincial Soc Trang government presented certificates of commendation to 10 groups and 34 individuals of the Buddhist Association for their outstanding contributions during the 2017-2022 tenure.