State President and many other Party, State officials and people on April 10 offered incense to commemorate Hung Kings believed to be the founders of the Vietnamese nation in Phu Tho province. 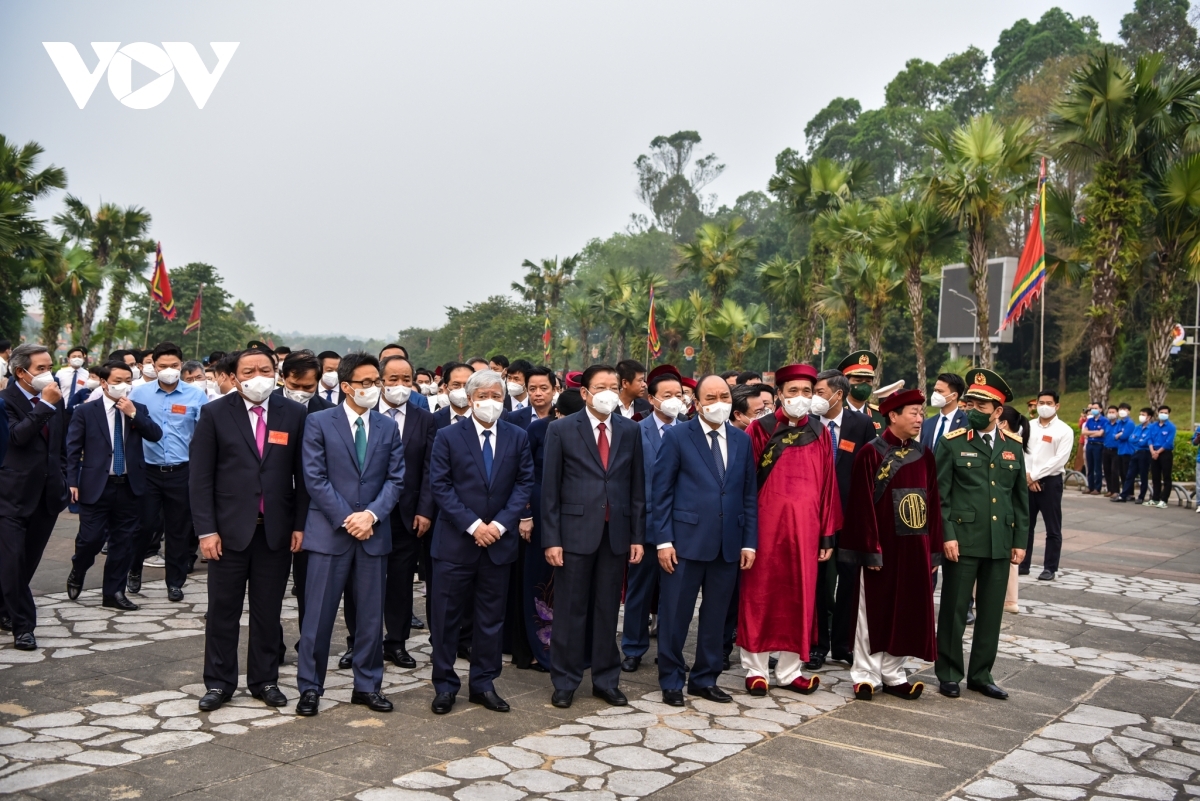 The worship ritual of Hung Kings who are believed to found Van Lang – the first state of ancient Vietnamese people – is observed on the 10th day of the third lunar month. Thjs year the ritual falls on April 10. 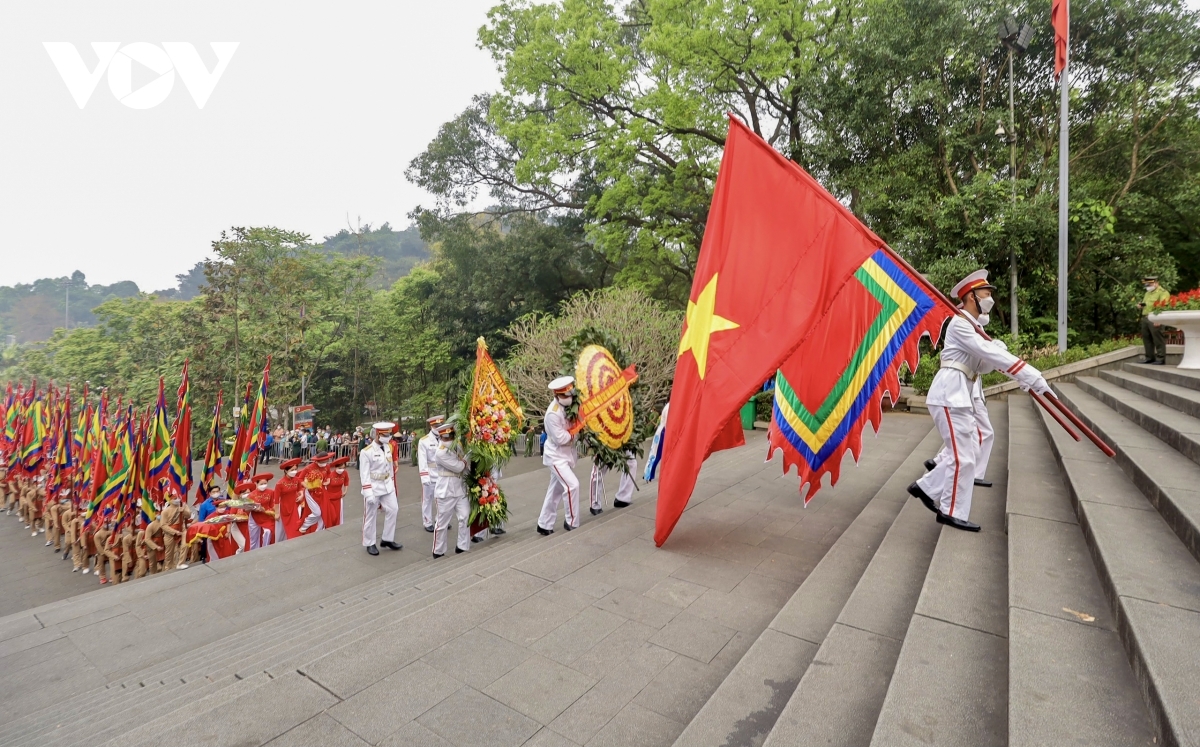 The ritual that takes places at Kinh Thien Palace at the foot of Nghia Linh Mount starts with two soldiers carrying the national flag and the festive flag, 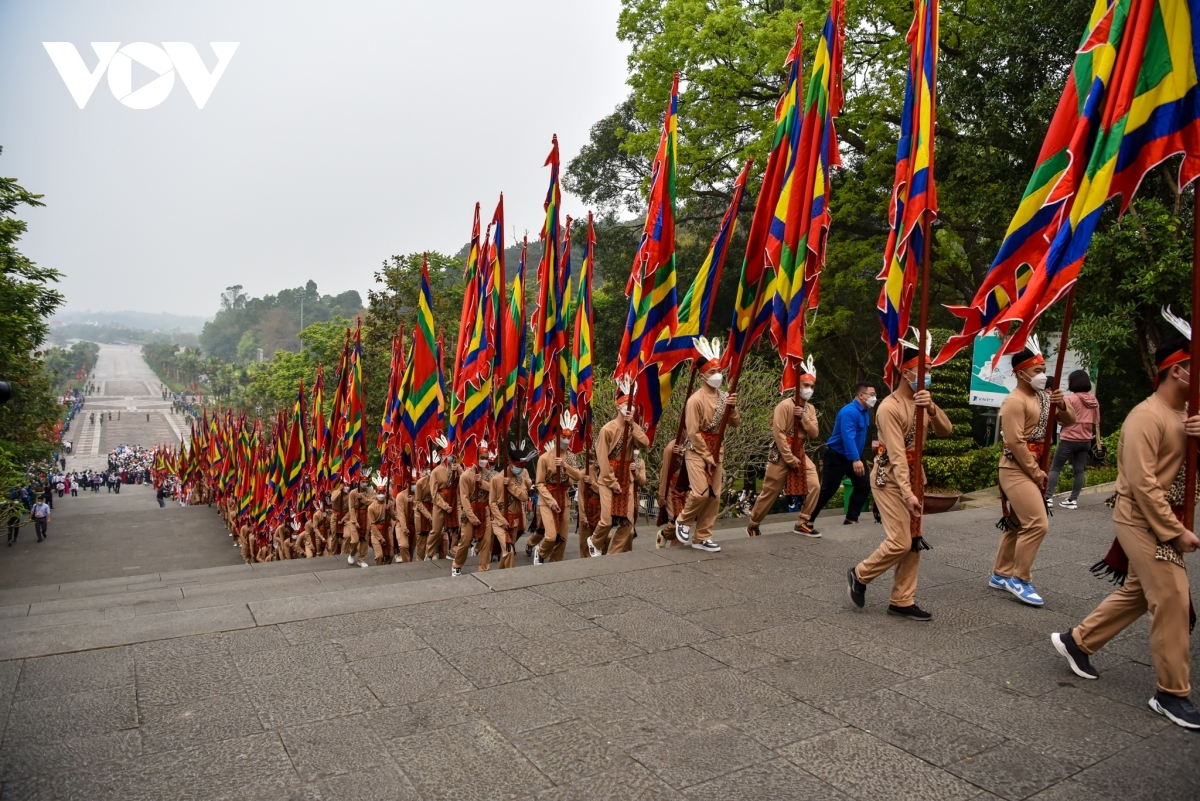 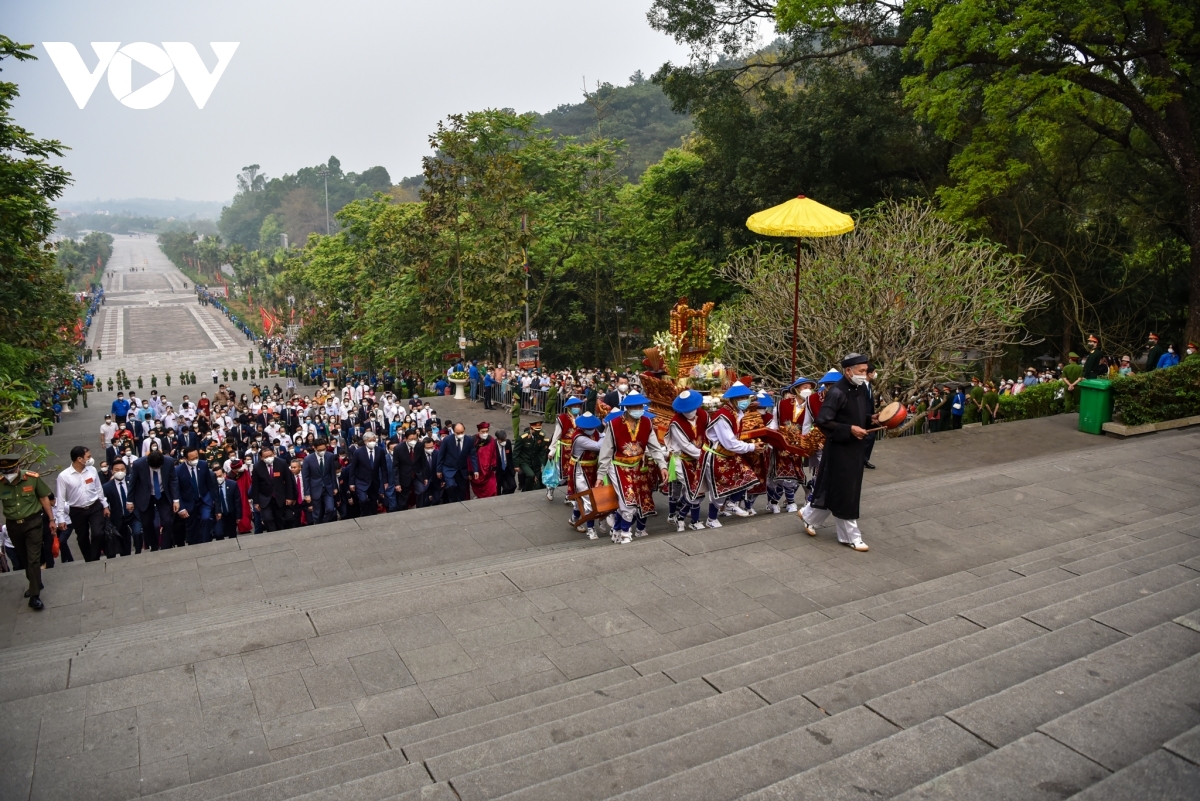 The procession is led by an official of Phu Tho province who serves as the master of the ceremony. 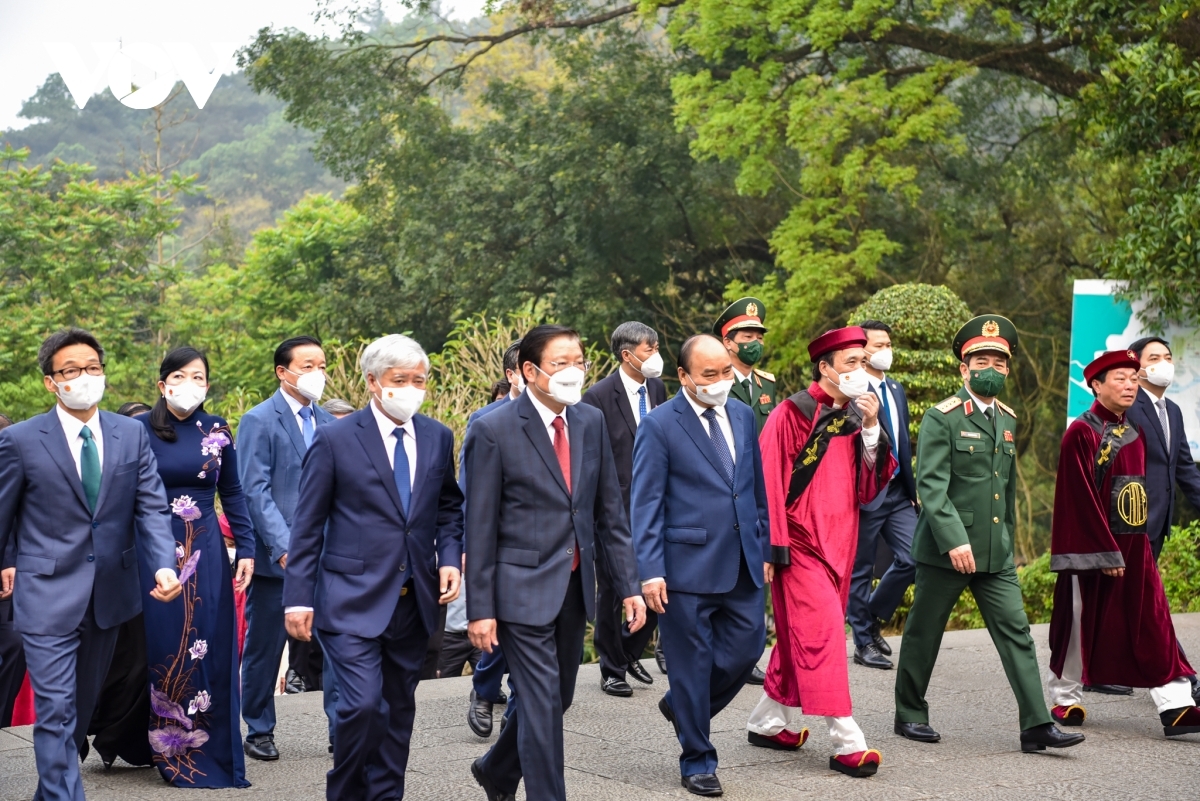 The Party and State delegation is led by State President Nguyễn Xuân Phúc. 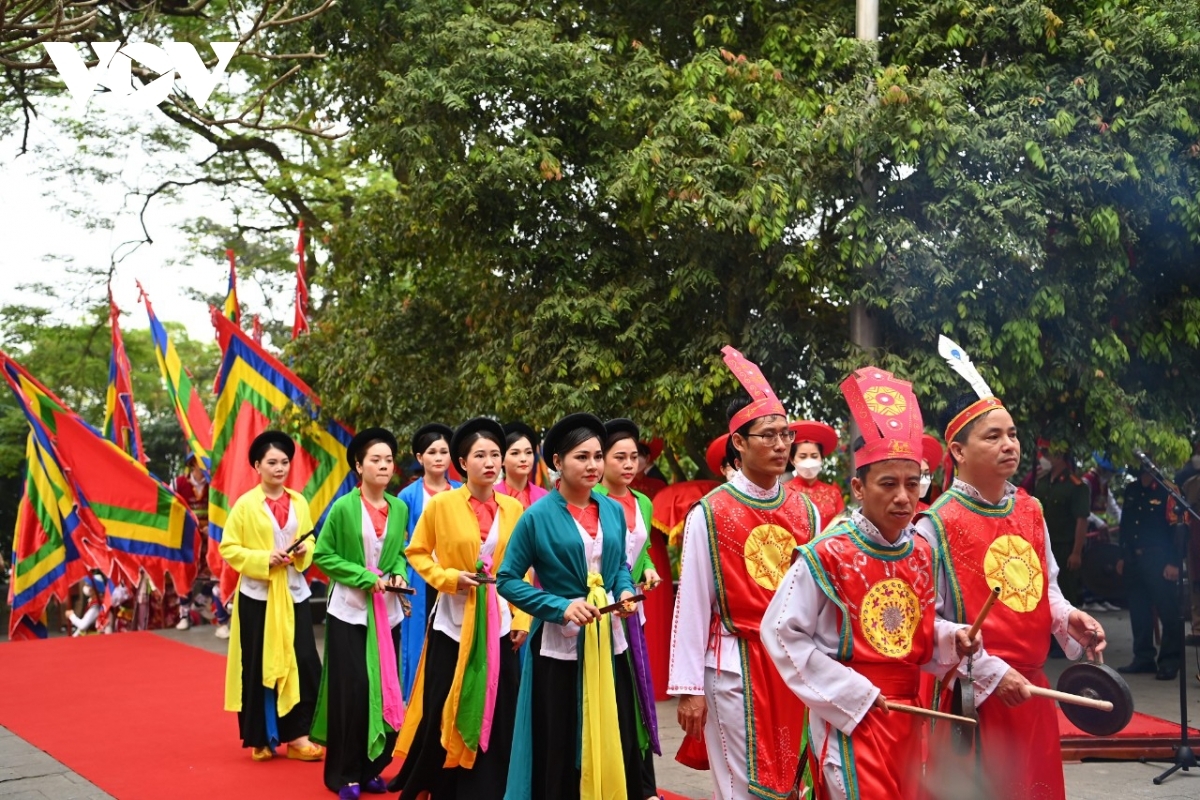 Pilgrims stop at Upper Temple – part of the Hung Kings Temple Complex - for the solemn ceremony. 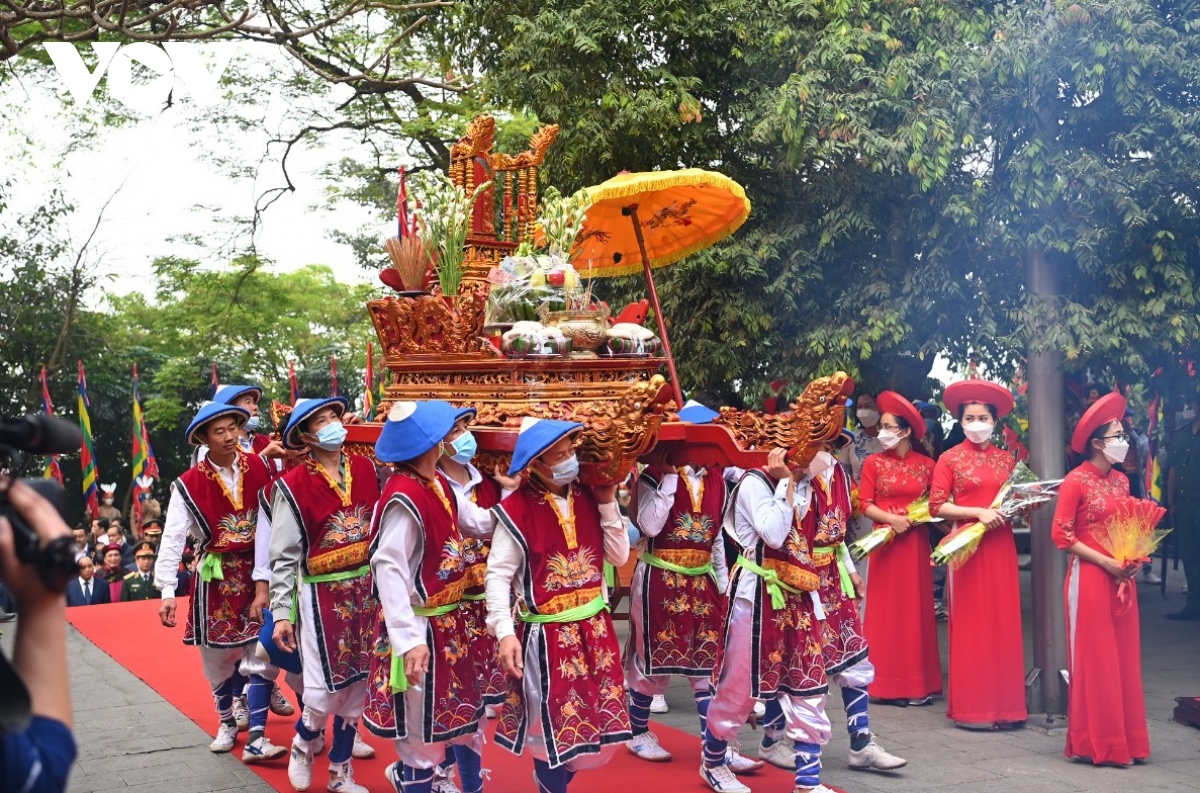 The procession carries the sedan with ancestral tablets and offerings to Hung Kings. 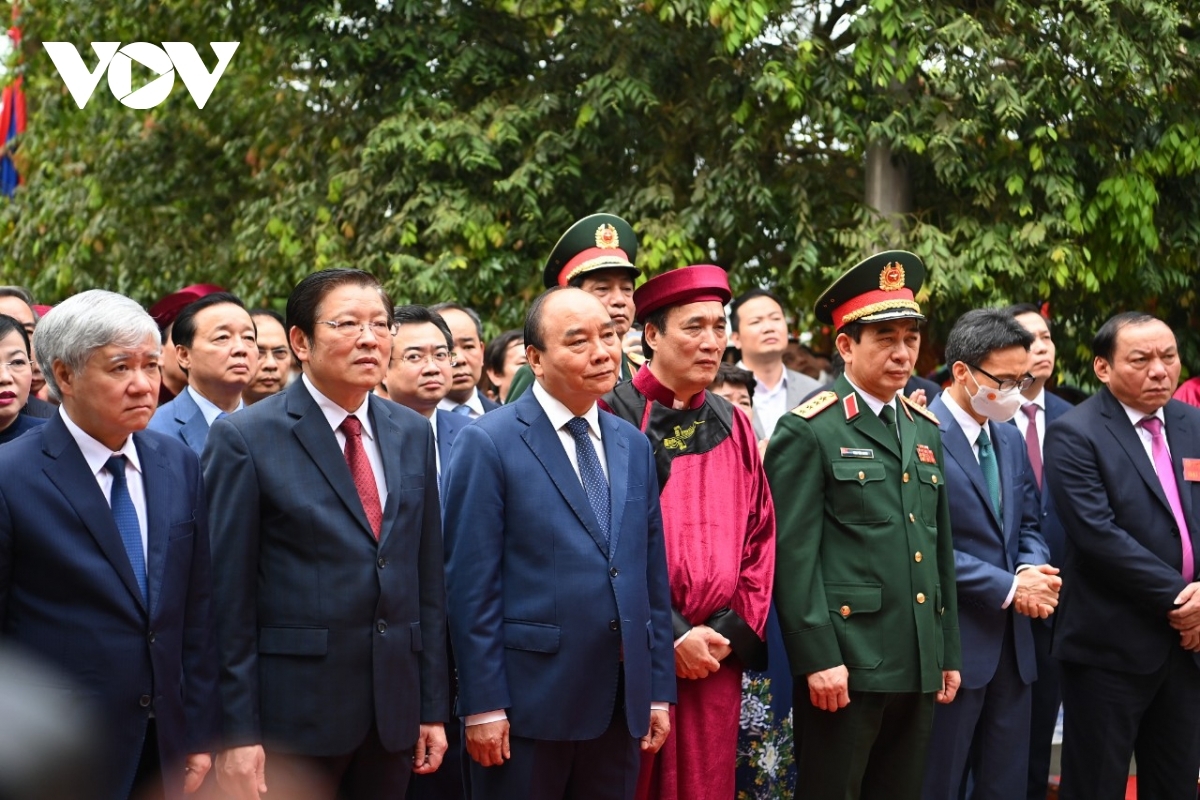 State President Nguyễn Xuân Phúc and many other Party and State leaders offer solemnly incense to commemorate the founders of the Vietnamese nation. 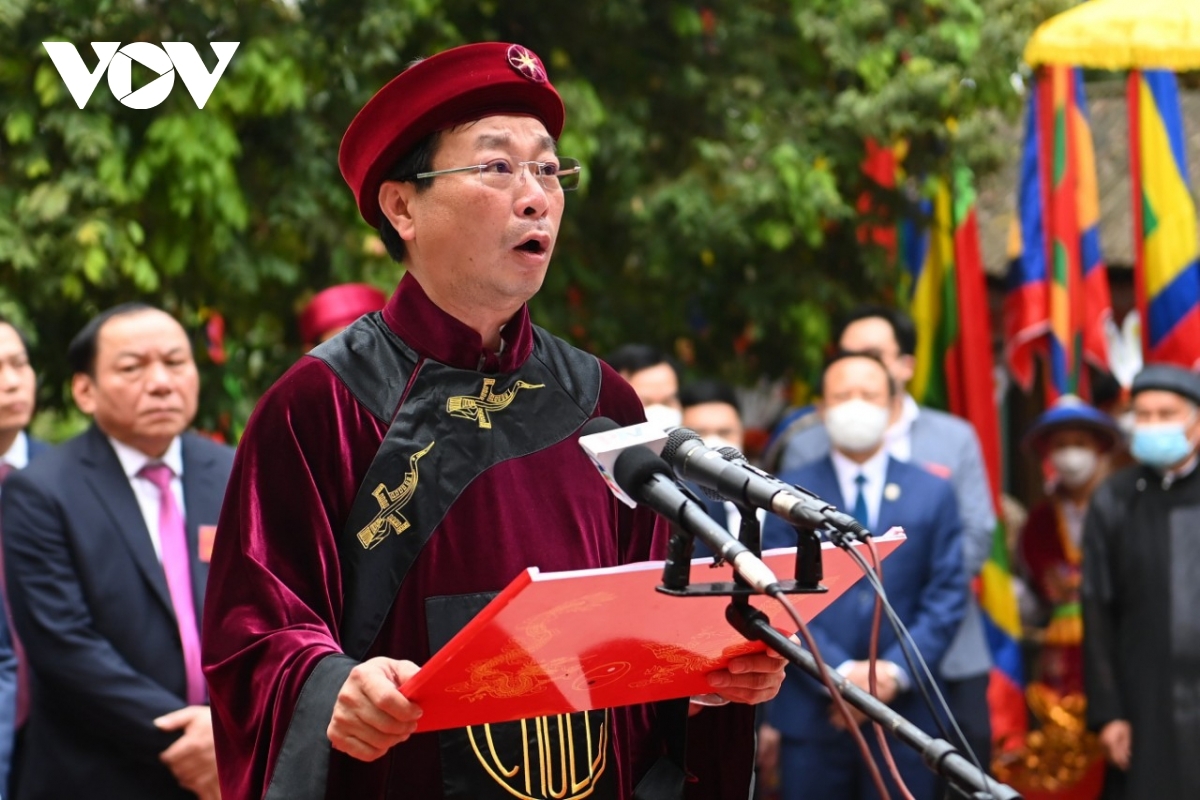 In his remarks, Bùi Văn Quang, head of the Phu Tho provincial government, highlights great contributions to the nation made by Hung Kings and predecessors and voices Vietnamese people’s commitment to firmly defending the nation at all cost. 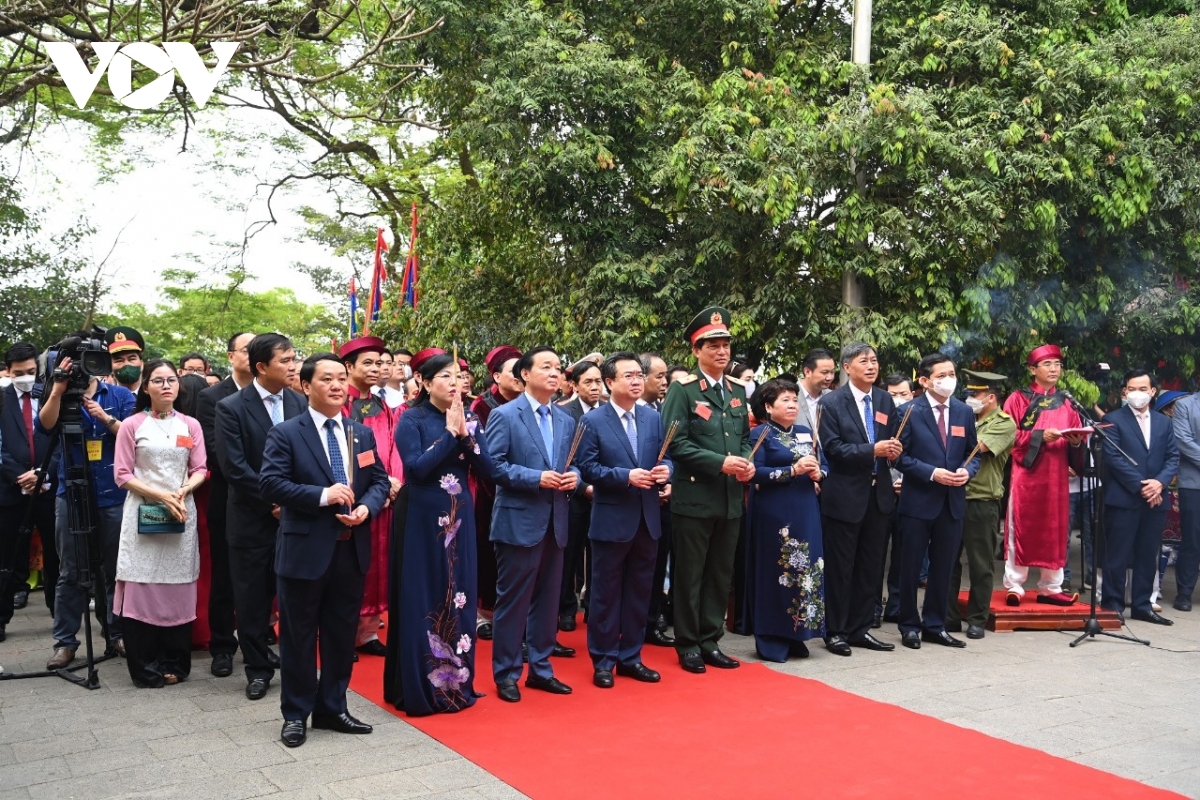 “ May the Ancestors bless us with happiness, good luck, peace, prosperity, as well as good weather and bumper harvest……,” says the master of the ceremony. 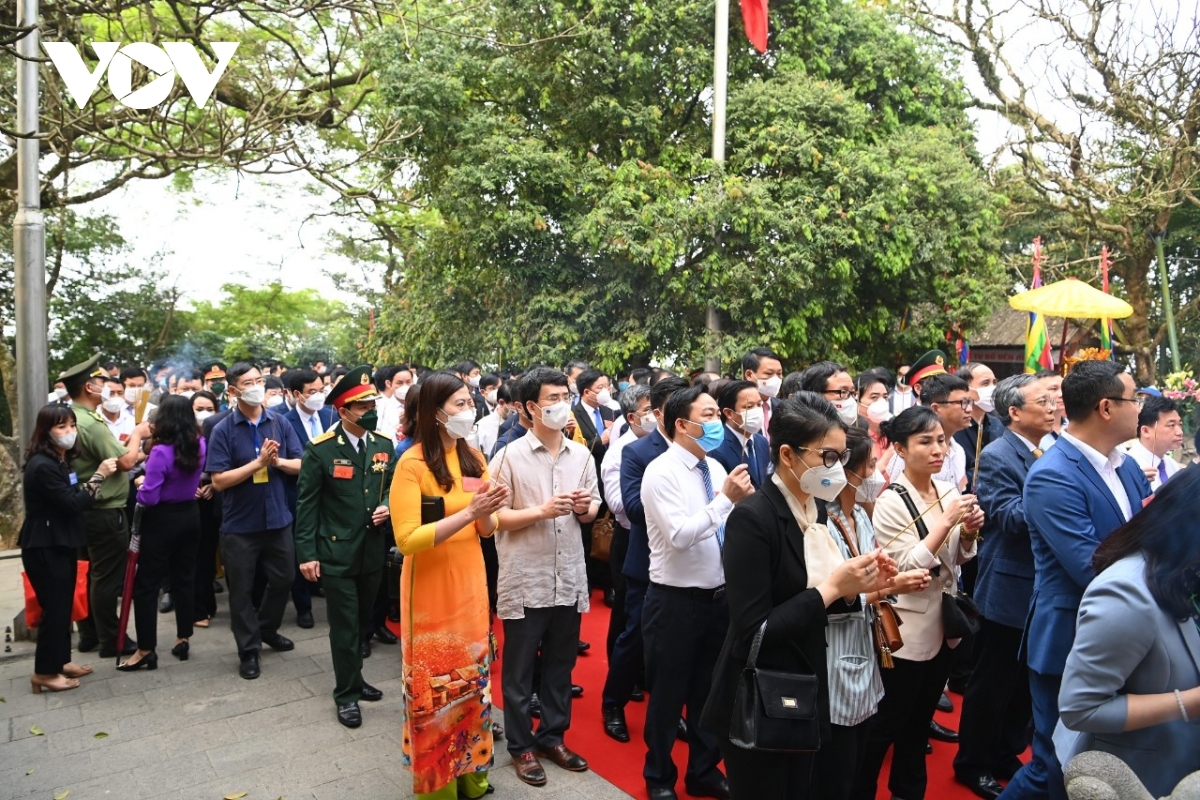 Tens of thousands of Vietnamese people, including expatriates from overseas, pay homage to the ancestral land to commemorate hung Kings - the nation’s founders.