Party General Secretary Nguyễn Phú Trọng and his delegation joined with leaders of Bac Ninh province to pay a visit to Do Temple on January 24 to mark the upcoming Lunar New Year festival, known locally as Tet. 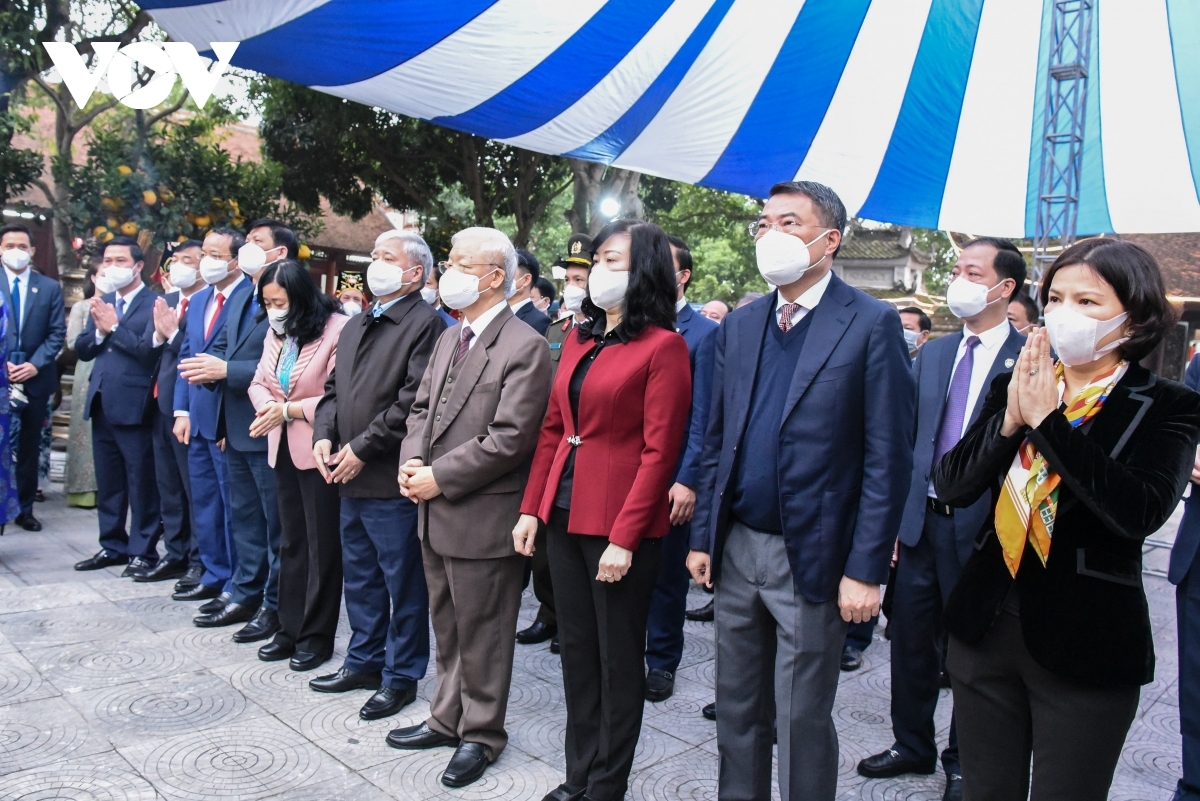 The Party chief stands alongside other leaders to visit Do Temple on January 24 ahead of the traditional Tet festival. 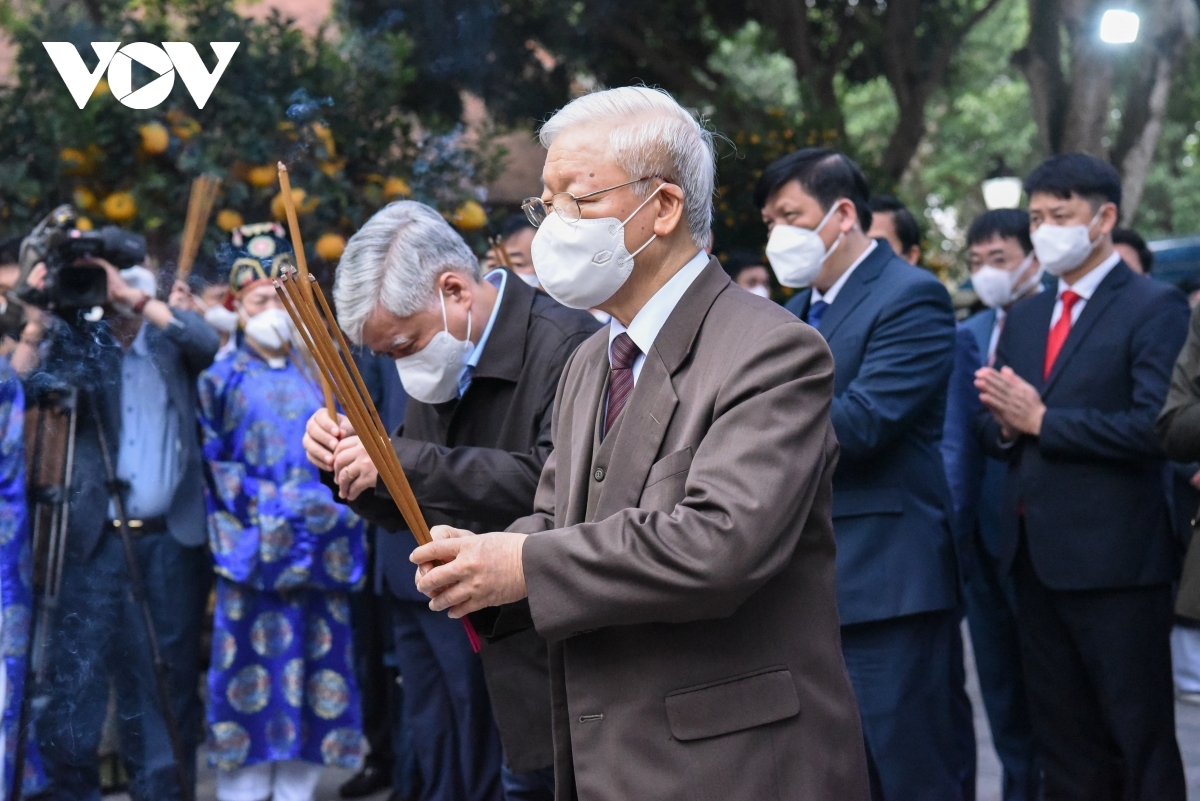 General Secretary Trọng offers incense in order to commemorate eight kings of the Ly Dynasty at Do Temple in Tu Son city. 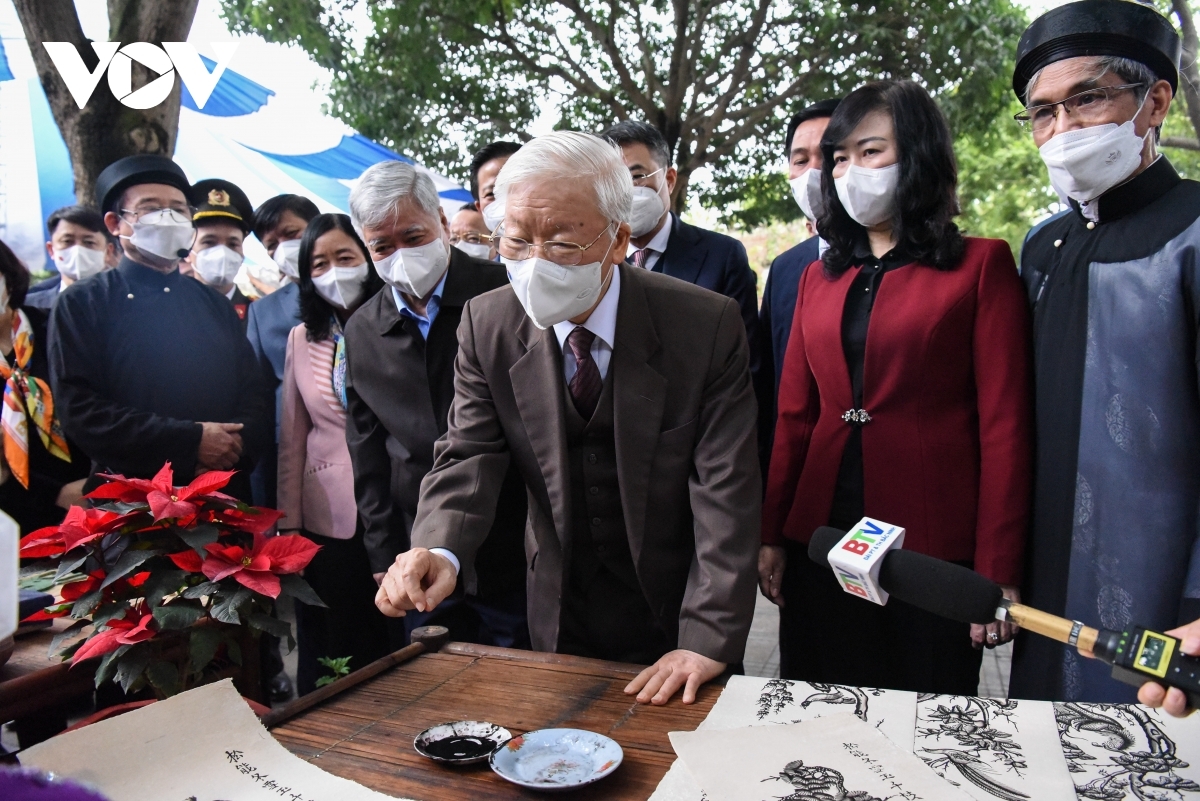 The Party chief learns about a cultural space which displays Dong Ho folk paintings at the temple. 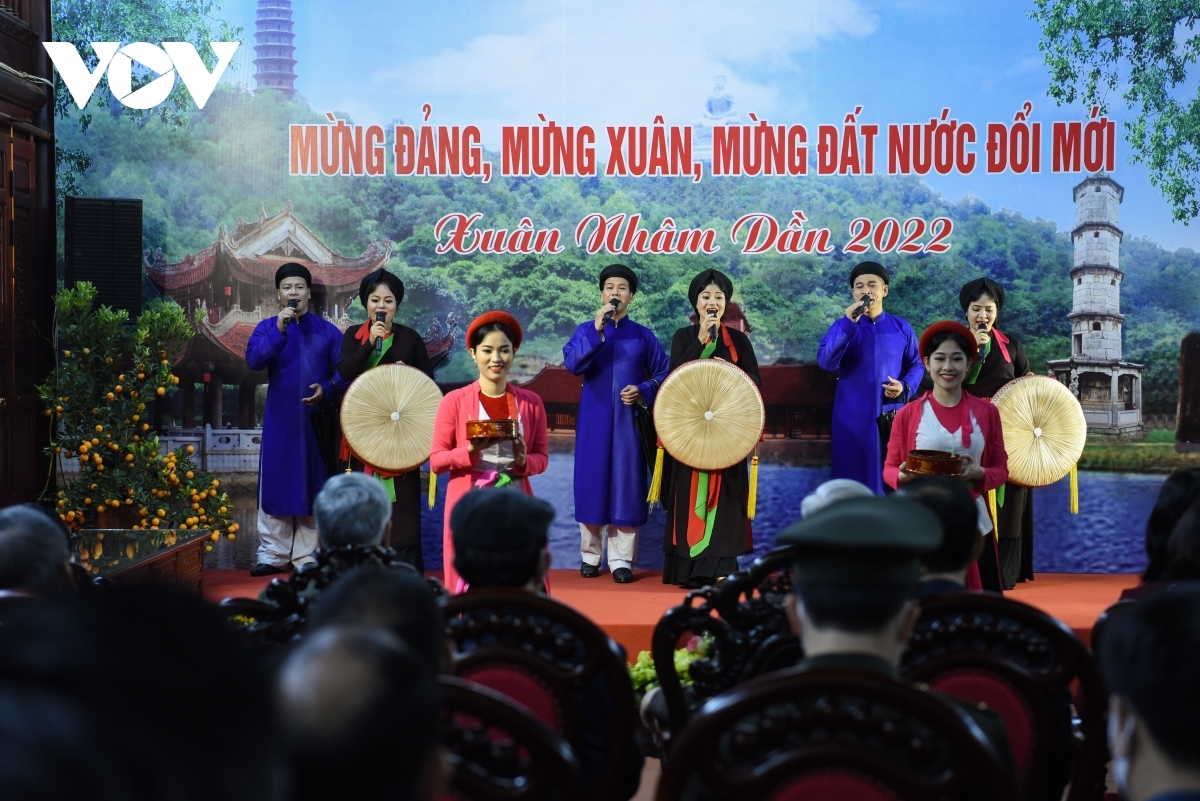 Quan Ho (love duet singing) art performances enthrall the audiences during their visit to Do Temple. 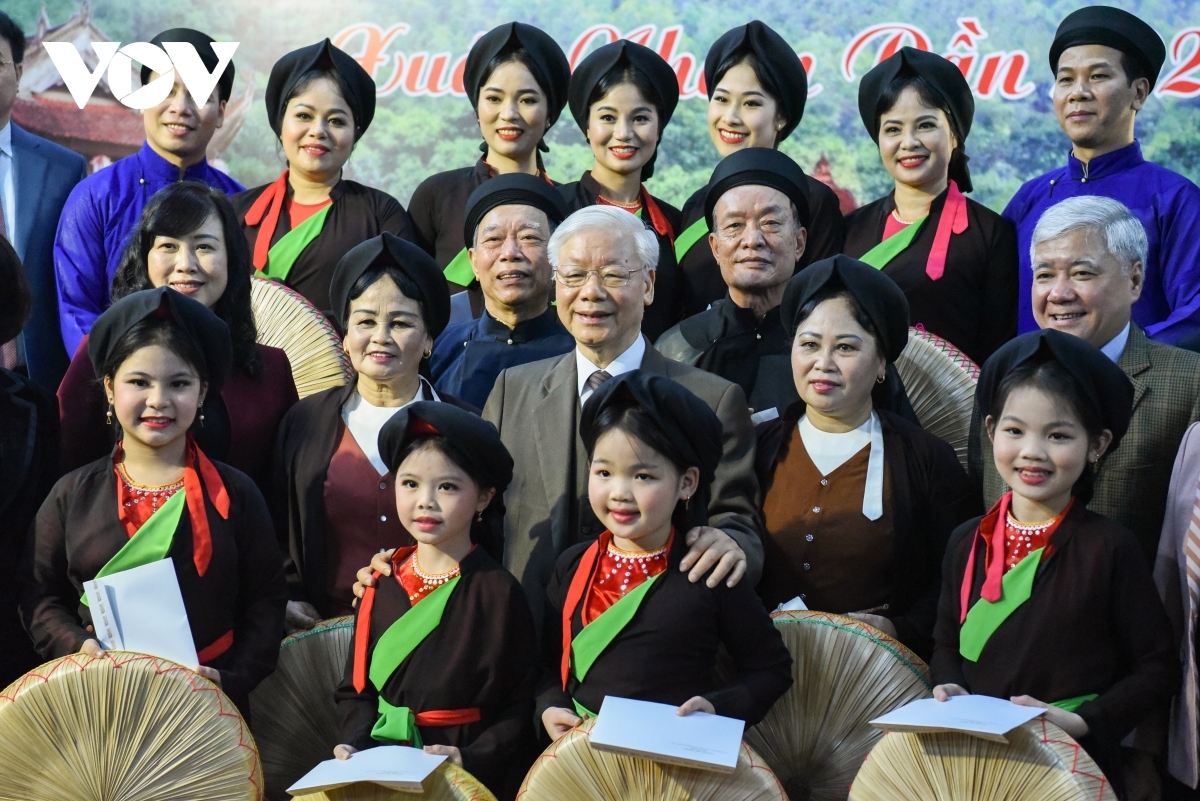 The Party chief poses for a group photo alongside other artists at the event. 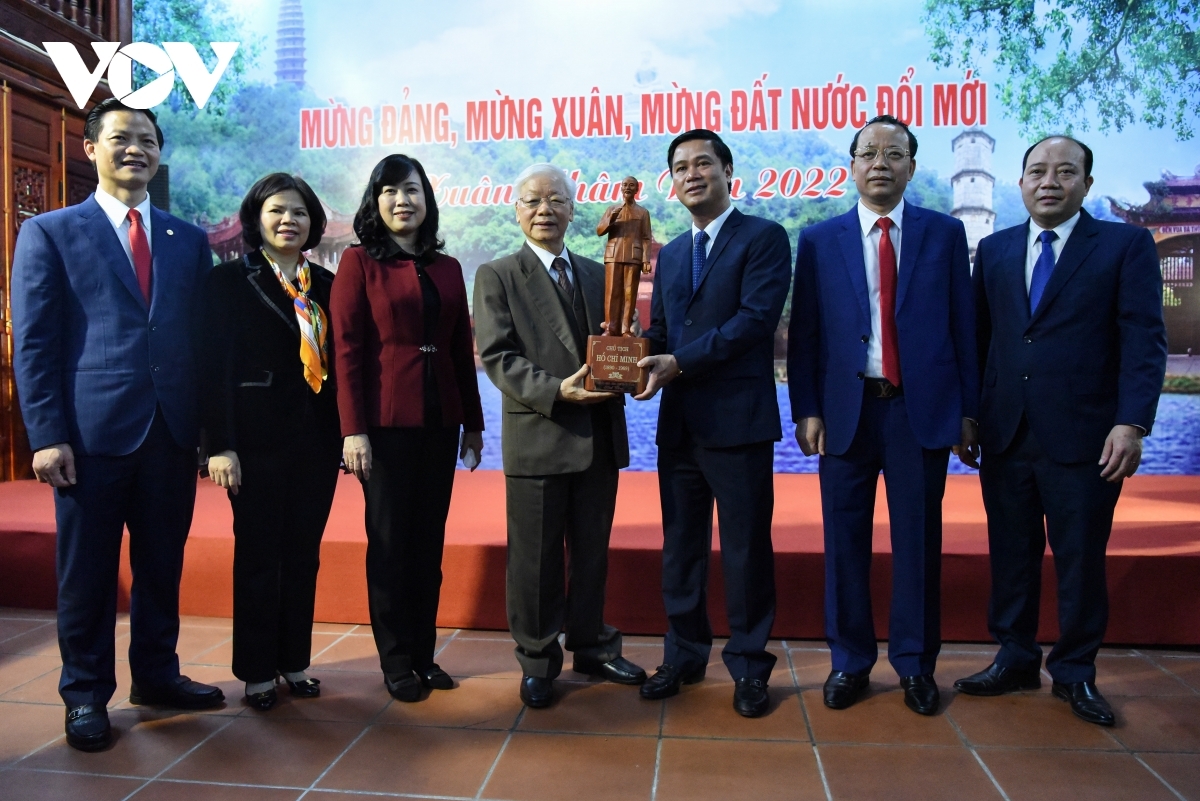 General Secretary Trọng receives a souvenir given by the authorities of Tu Son district. 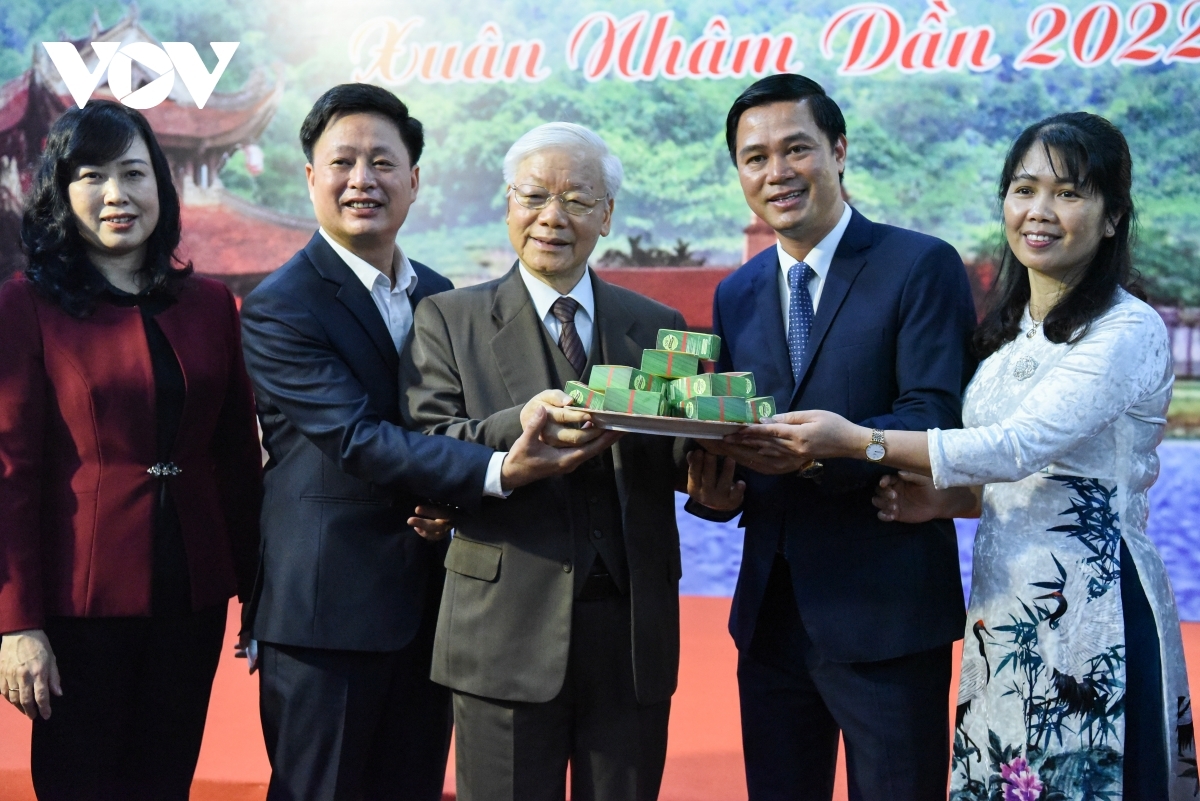 The administration of Bac Ninh province presents the traditional sweet cake Banh Phu The to the Party leader. 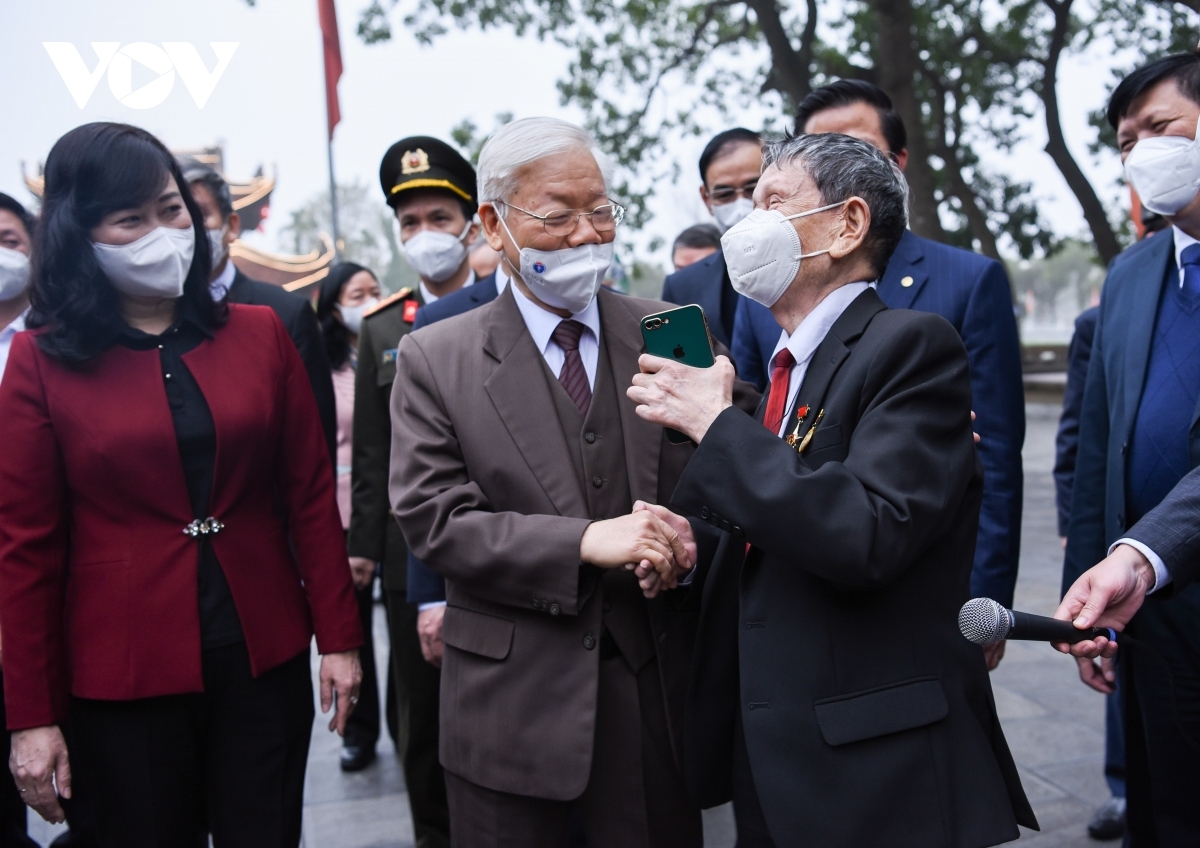