A tribute-paying ceremony for Most Venerable Thích Phổ Tuệ, Supreme Patriarch of the Patronage Council of the Vietnam Buddhist Sangha (VBS), was held on October 22 at Vien Minh Pagoda in Phu Xuyen district of Hanoi, drawing the participation of many high-ranking Vietnamese officials. 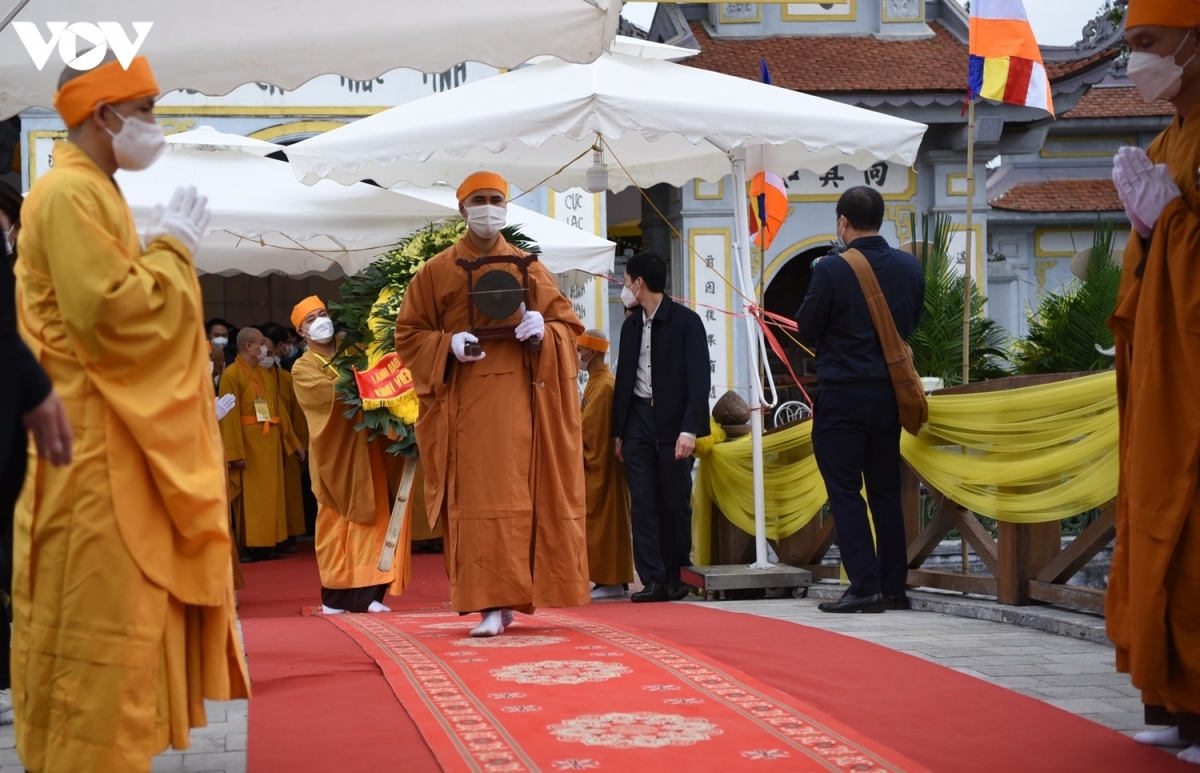 Most Venerable Thích Phổ Tuệ, the third Dharma Master of the Vietnam Buddhist Sangha (VBS), passed away in Hanoi on October 21. 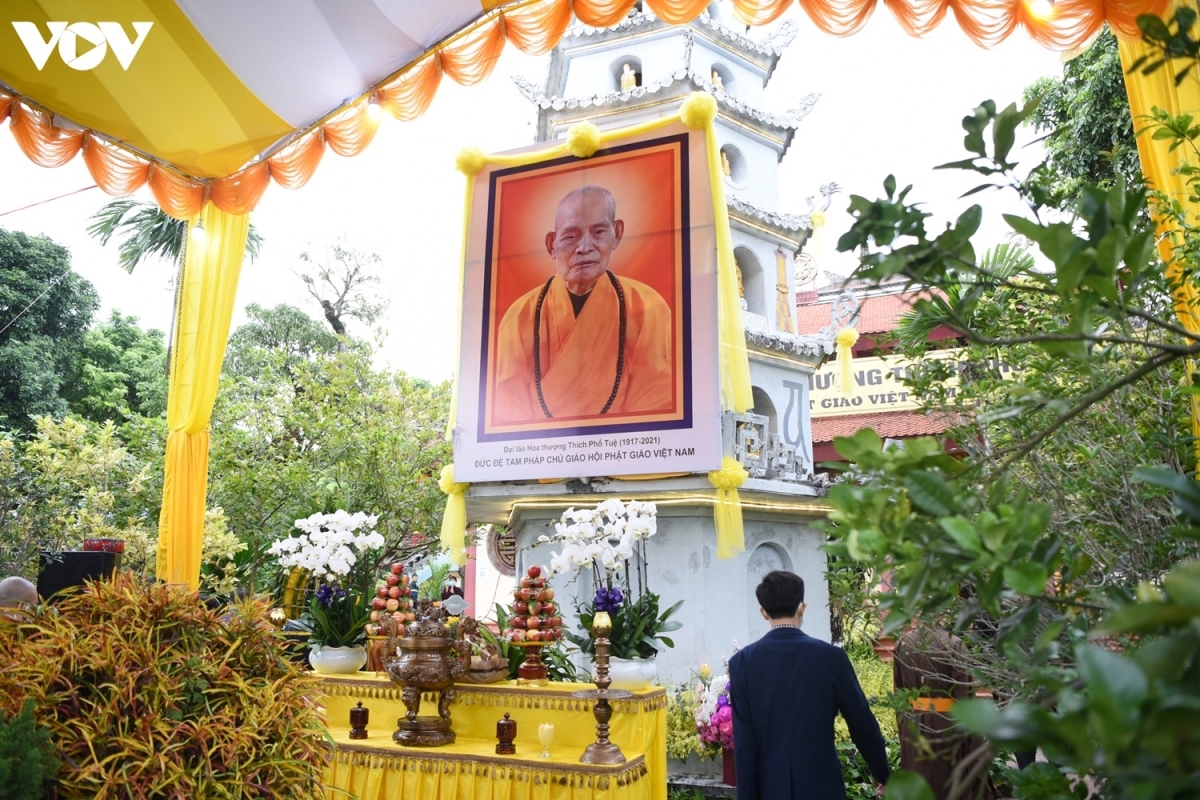 The Supreme Patriarch, born on April 12, 1917 in Ninh Binh province, has been honoured with numerous State awards, including the Ho Chi Minh Order, Independence Order, and Great National Unity Order, in recognition of his dedication to Buddhism and the secular life. 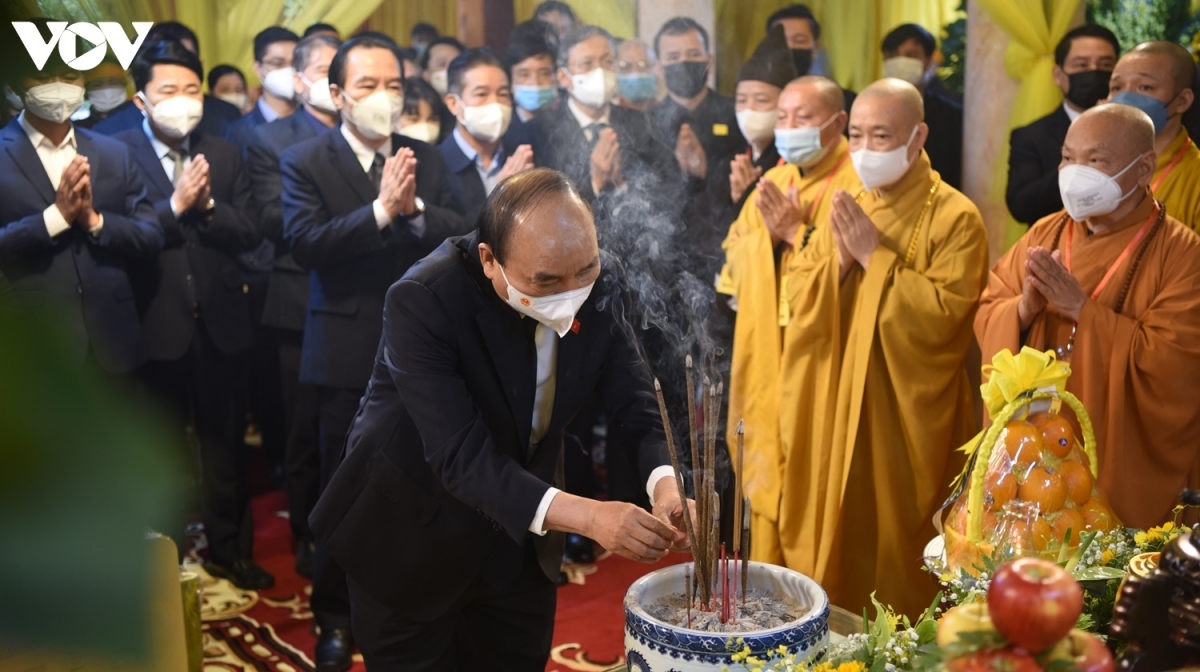 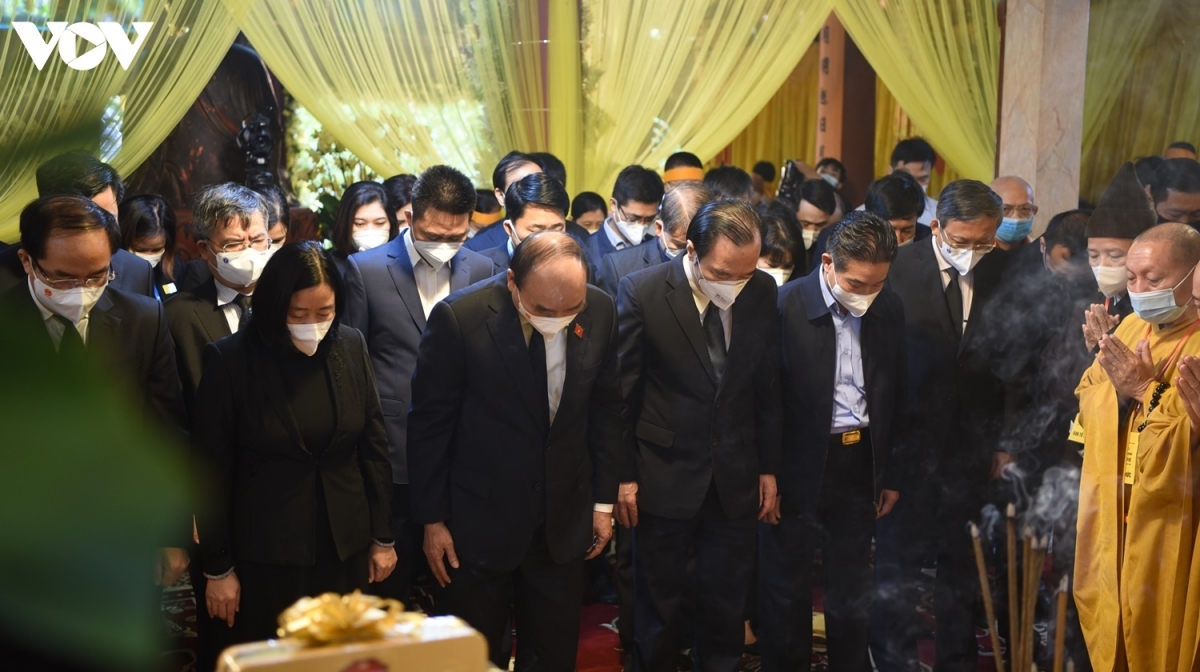 Phúc and other high-ranking officials hold a minute of silence in front of the specially designed coffin that contains Most Venerable Thích Phổ Tuệ’s deceased body.

Most Venerable Thích Phổ Tuệ symbolizes the spirit of national unity and religious unity, President Phúc writes in the mourning book at the ceremony. 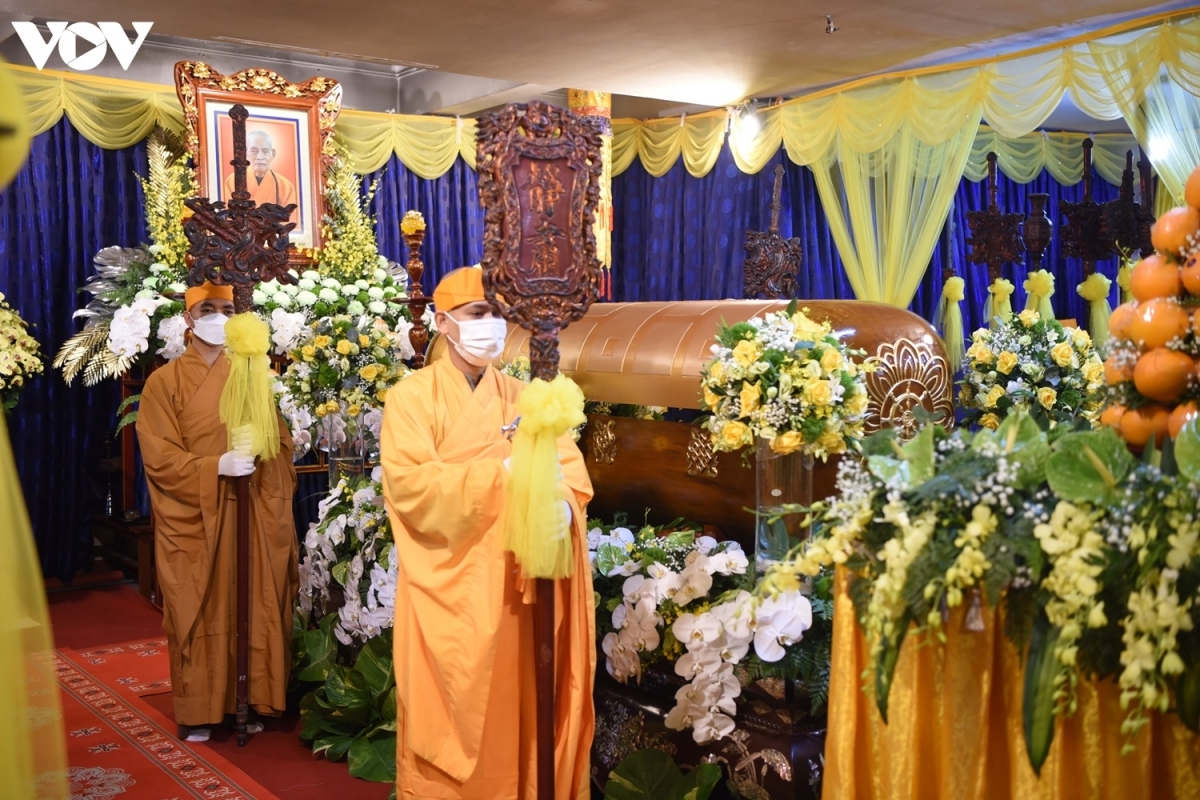 The funeral is getting underway between October 22 and October 23. 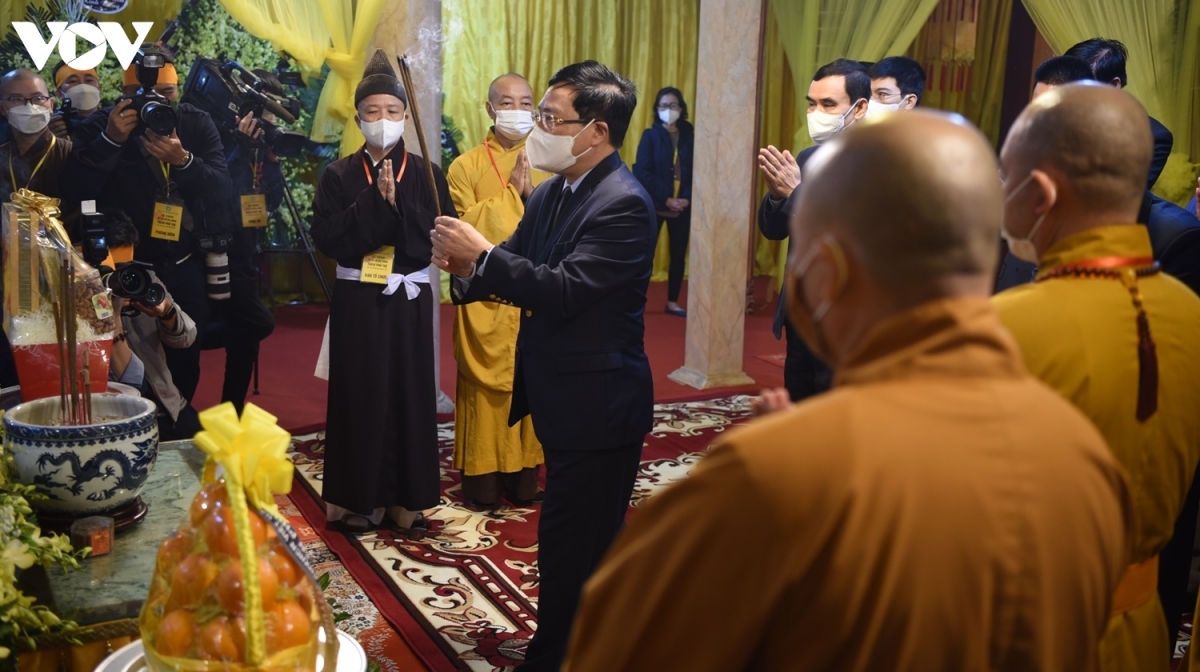 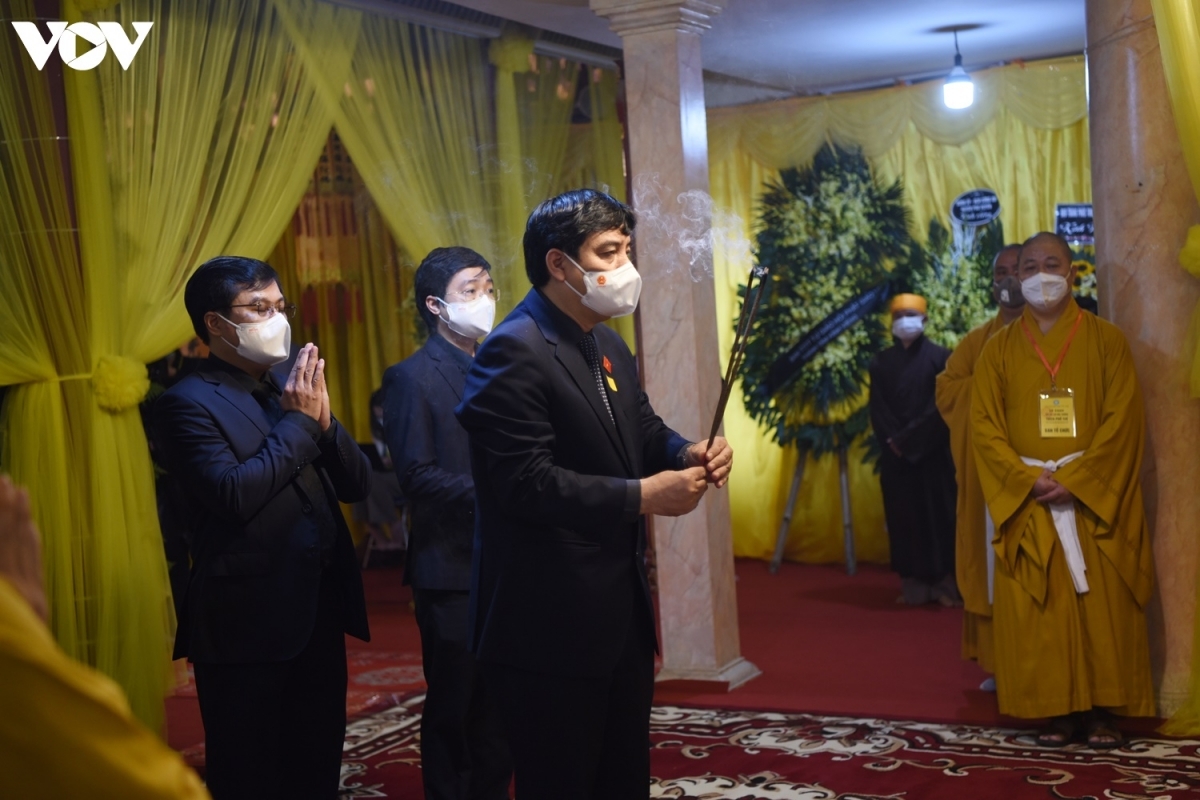 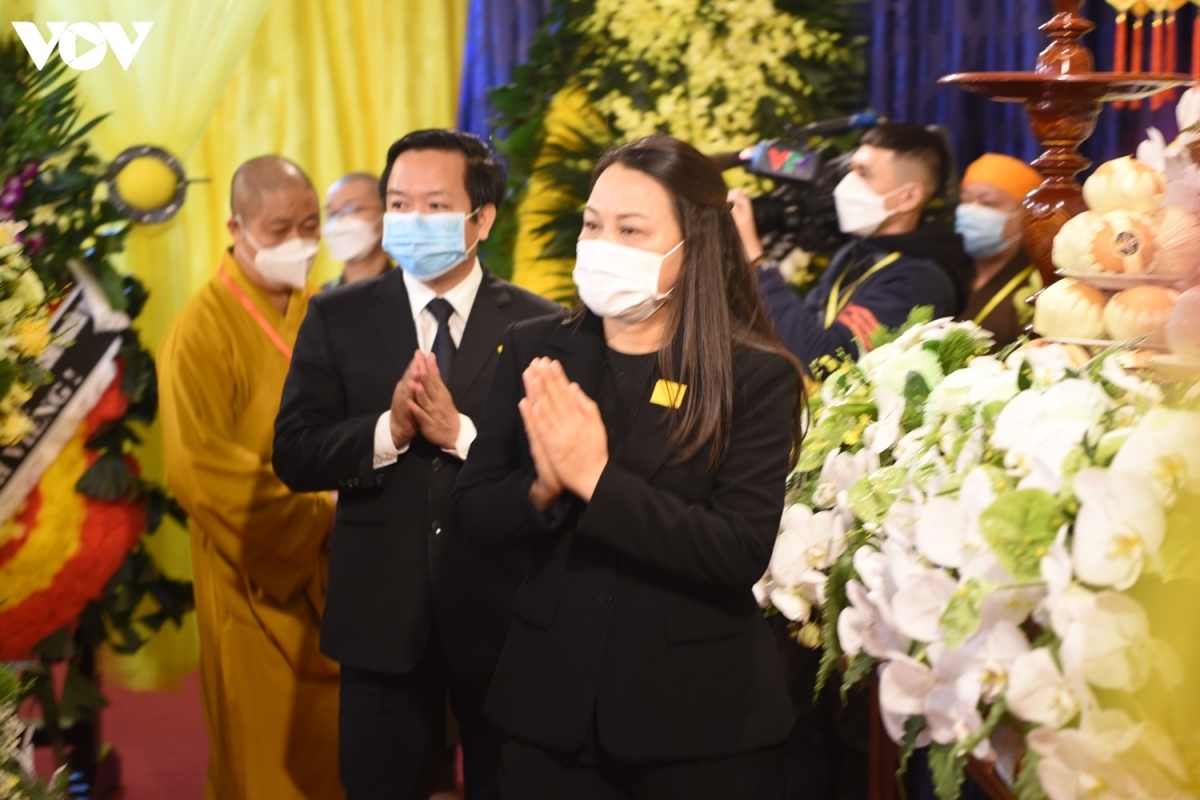 A delegation from Ninh Binh province, the locality which is the hometown of Most Venerable Thích Phổ Tuệ, pays tribute to the Most Venerable. 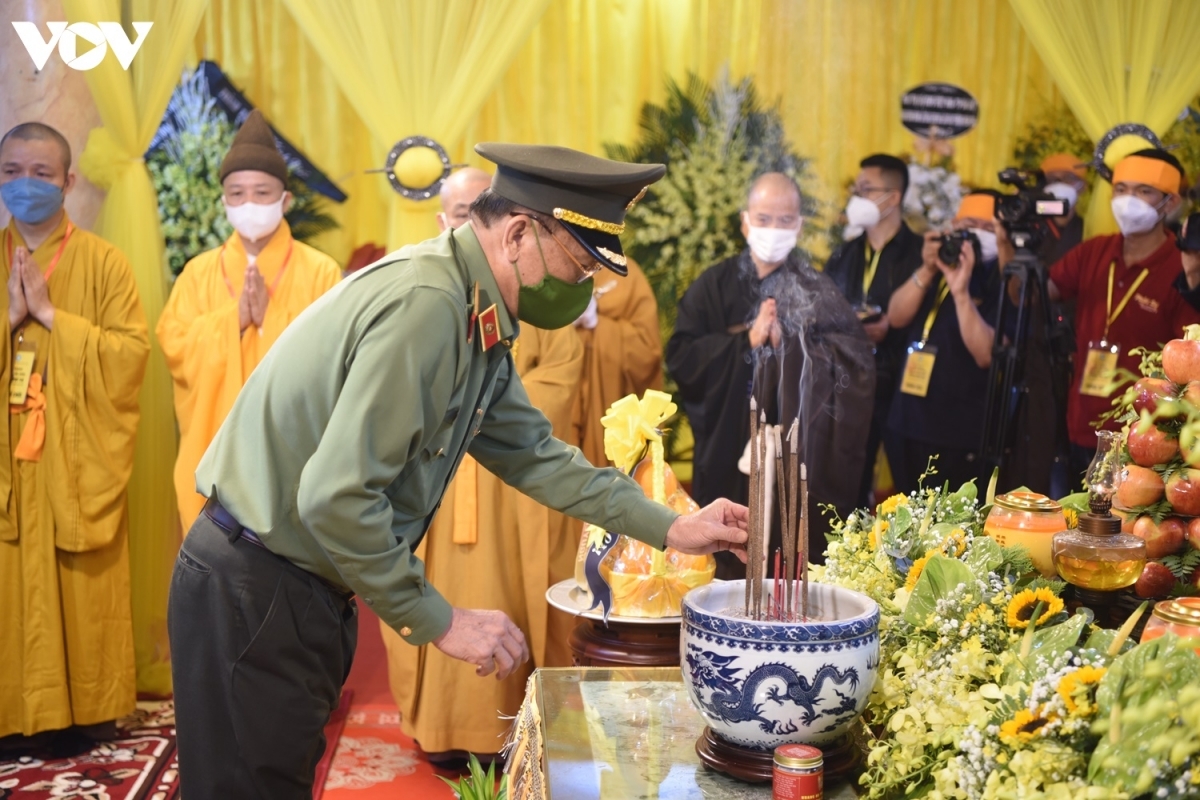 A delegation from the Ministry of Public Security offers incense at the ceremony. 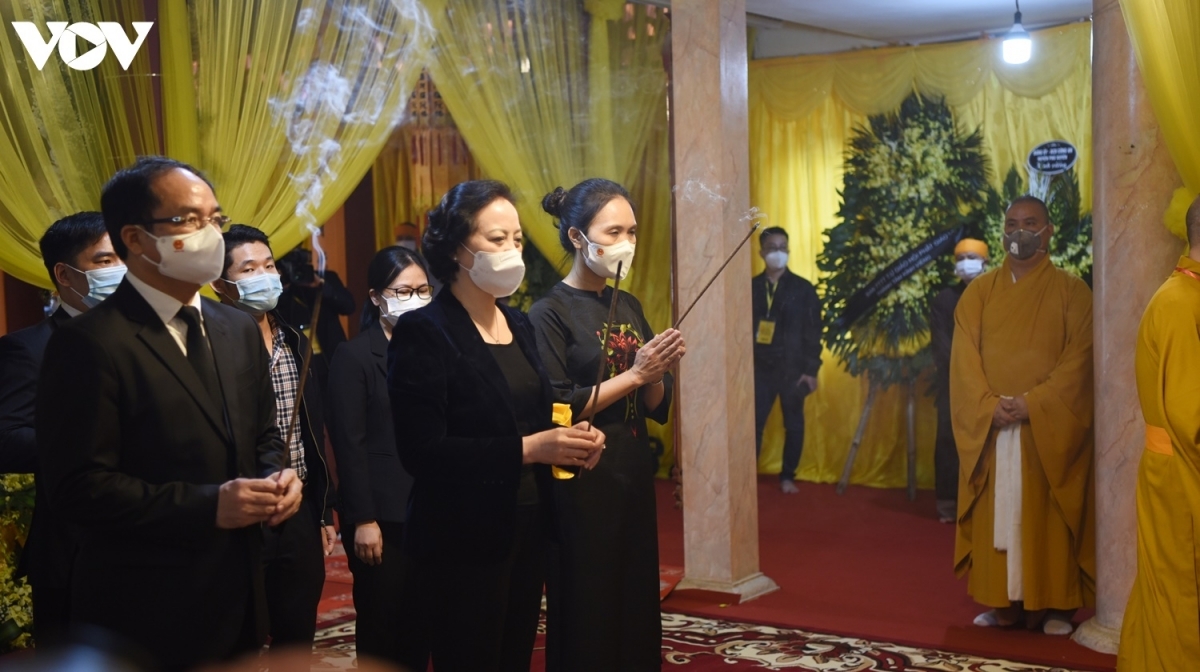 Officials from the Ministry of Home Affairs pay their respect to the top Buddhist leader. 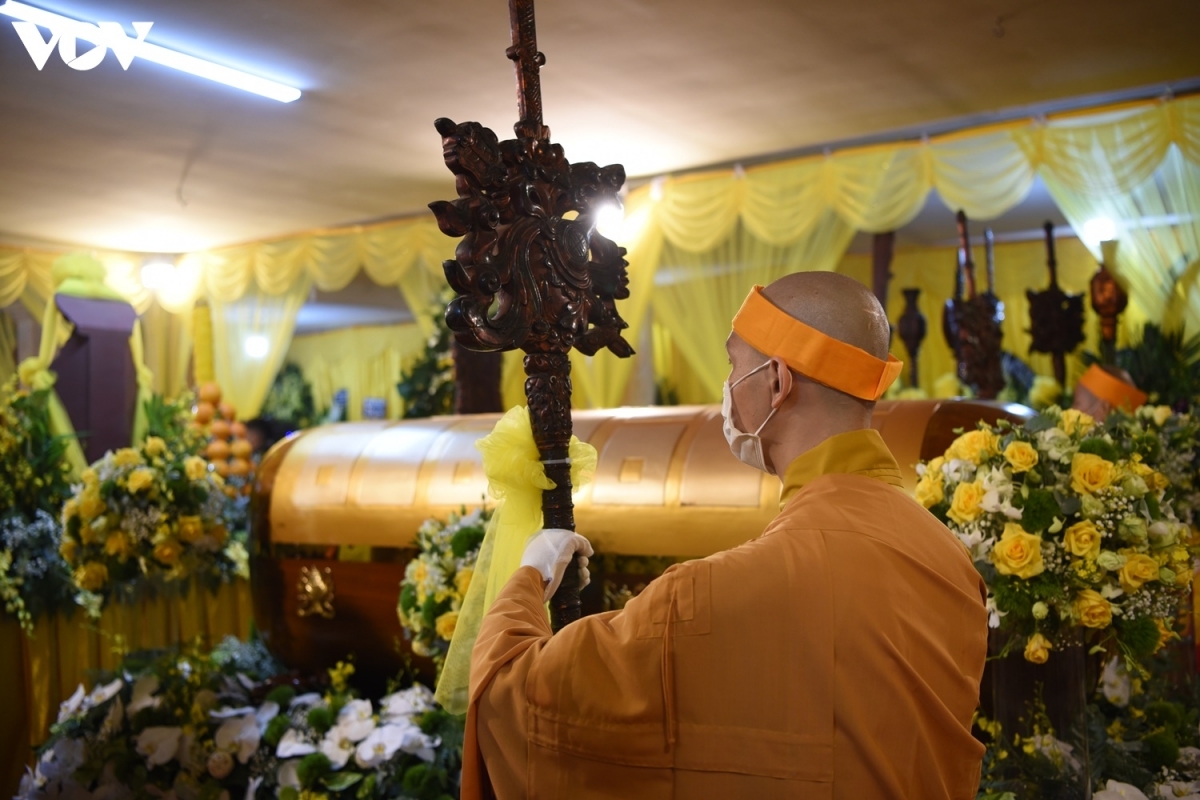 The funeral is held in accordance with the Buddhist tradition. 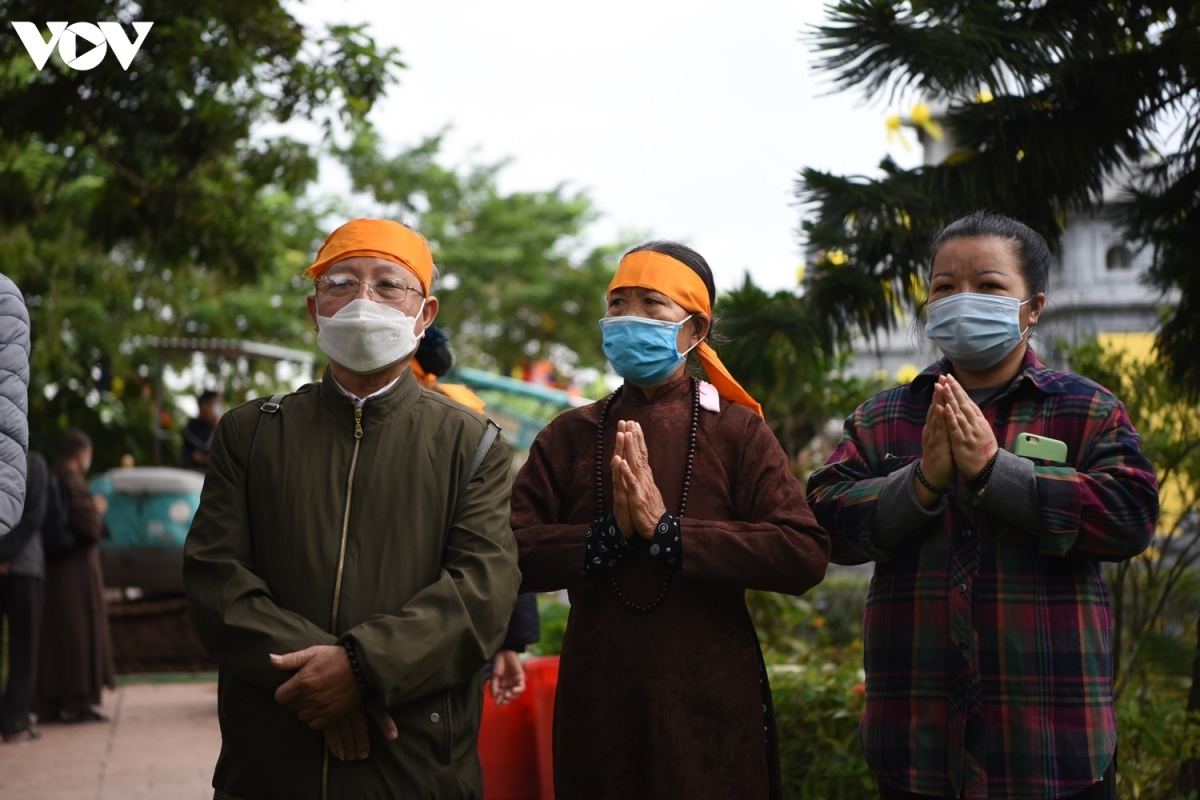 Many Buddhist followers stand outside in remembrance of the monk and his life.