During the visit, Vice Chairman Nguyễn Tiến Trọng spoke highly of practical contributions to the Covid-19 prevention work made by monks, nuns and lay Buddhists in the province, and congratulated the provincial VBS for the successful organization of all district-level VBS congresses in the province.

Speaking with the guests, Most Venerable Thích Huệ Thông thanked the Home Affairs Ministry and the Government Committee for Religious Affairs for their due attention and support extended to the provincial VBS and monks, nuns and lay Buddhists badly affected by the pandemic over the past year.

On the same day, during a visit to Thien Quang pagoda located in Di An city’s Dong Hoa ward, Vice Chairman Nguyễn Tiến Trọng praised the pagoda for its effort and support extended to the pandemic prevention work in the locality over the past years, and encouraged Buddhist dignitaries in the pagoda to do their best in overcoming difficulties caused by the pandemic. Venerable Nun Abbess of the pagoda Hương Nhũ took the chance to thank to the GCRA for its attention and supports extended to Buddhist clerics at the pagoda. 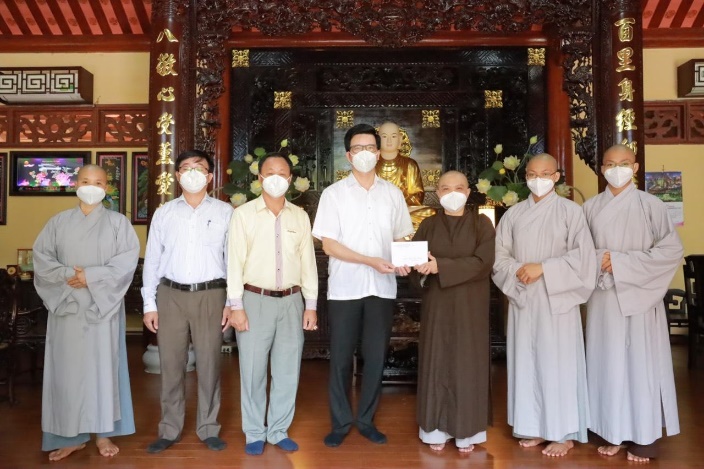