Among Vietnam’s pledges as part of its election to the United Nations Human Rights Council (UNHRC), it is encouraging that the country prioritised upholding its commitments and obligations under the international human rights treaties, of which Vietnam has ratified seven out of nine, according to UN Resident Coordinator in Vietnam Pauline Tamesis. 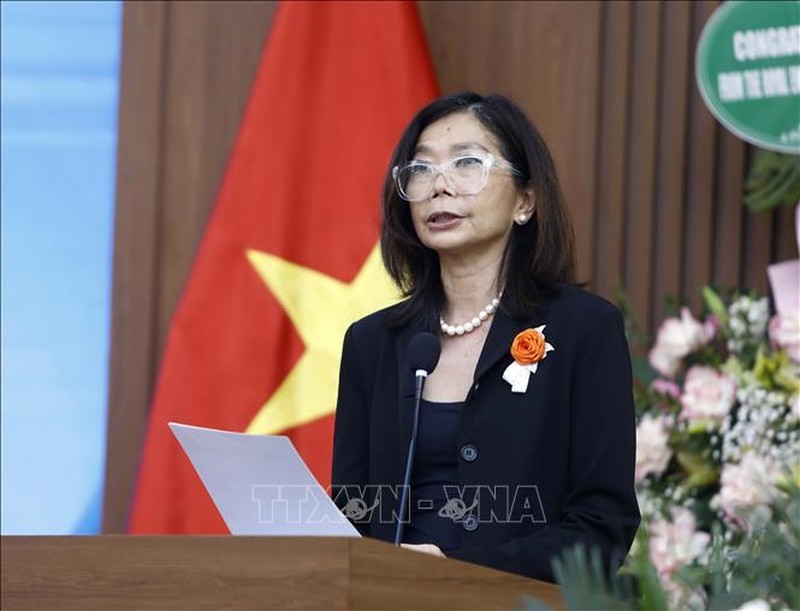 In her article titled “Dignity, Freedom and Justice for All” on the occasion of Human Rights Day (December 10), Tamesis quoted the first line of the Preamble of the Universal Declaration of Human Rights which says “Whereas recognition of the inherent dignity and of the equal and inalienable rights of all members of the human family is the foundation of freedom, justice and peace in the world.”

“In one sentence, it encapsulates the principles and values that we, as a human family have promised to uphold and fulfil 74 years ago. It is a powerful reminder of the proclamation made by the United Nations General Assembly on this very day in 1948,” she wrote.

Tamesis said 2023 marks the 45th anniversary of Vietnam’s membership to the UN, citing UN Secretary General Antonio Guterres as saying during his recent visit that upholding human rights in all its dimensions, remain vital to the next chapter of Vietnam’s development success story.

She pointed out that the world today continues to face a multitude of challenges, from pandemics to conflicts to climate change.

Vietnam has not been spared from impact of global crises, she said, adding that while the country is still recovering from the COVID-19 pandemic, it needs at the same time to cope with the increasing food and energy prices from the fallout of the war in Ukraine, while battling natural disasters and impact of climate change. Unfortunately, the poor and those least capable to overcome these shocks disproportionately bear the brunt of these crises.

She said all these development challenges threaten dignity and equality in rights, including health, food, education, an adequate standard of living, social assistance, and even to life itself.

“The realities that vulnerable individuals and communities face in their lives and livelihoods serve as a reminder and push for our continued action to integrate human rights in all development priorities – from climate action, to labour and social protection, to economic transformation – and put people at the centre of development,” Tamesis wrote.

She noted that Vietnam’s election to the UNHRC for the period 2023-2025 presents a great responsibility but also an important opportunity to redouble efforts in protecting and promoting economic, social, cultural, civil and political rights in line with international human rights standards.

Among Vietnam’s pledges as part of its election to the United Nations Human Rights Council (UNHRC), it is encouraging that the country prioritised upholding its commitments and obligations under the international human rights treaties, of which Vietnam has ratified seven out of nine, strengthening education on human rights, and addressing the impacts of climate change on the enjoyment of human rights, with particular attention on the rights of vulnerable groups, she wrote.

As Vietnam commences its membership to the council, it would be critical to translate these commitments into concrete actions, and to demonstrate even stronger evidence of the protection and promotion of human rights, she suggested.

The UN, as a proud and long-standing partner of Vietnam over the past 45 years, will continue to work closely with the Vietnamese Government, development partners and civil society, to keep human rights at the centre of all development efforts, she pledged.

“Renewed collaboration and cooperation, including meaningful inclusion and participation of diverse non-government actors and communities, will be crucial for promoting the vibrant dialogue needed to help Vietnam progress on a broad range of human rights,” Tamesis said.

“Together, we can fulfil the promise of a human family that upholds dignity, freedom and justice for all”.