Issues relating to human rights, ethnicity, and religion continue to be exploited by unscrupulous organisations in order to prevent Vietnam from representing ASEAN when running for the UN Human Rights Council for the 2023 to 2025 term. 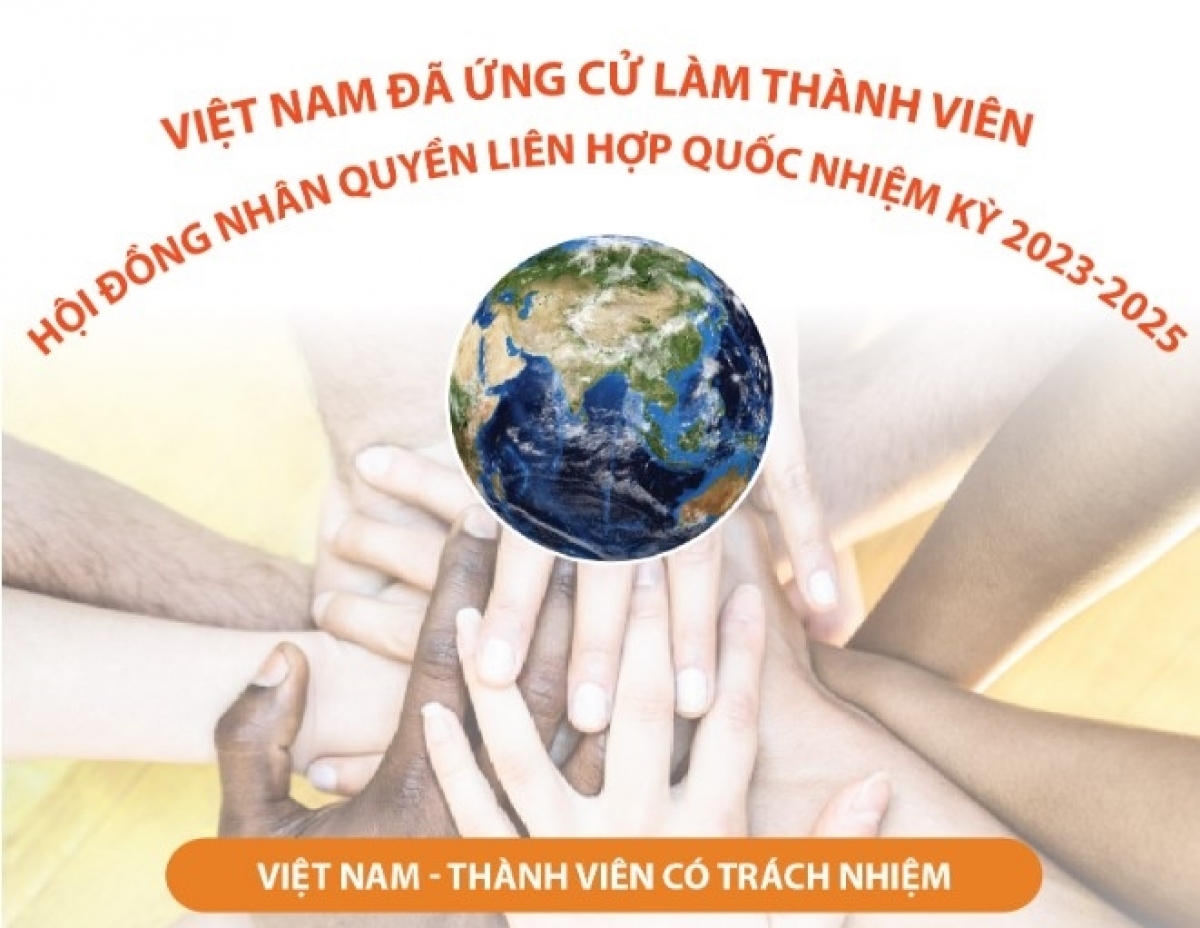 The nation has officially been nominated to be a member of the UN Human Rights Council for the 2023 to 2025 term with many commitments and priorities.

This comes amid ASEAN support for the country as the regional bloc's only candidate for this term.

However, amid the Vietnamese candidacy for the UN Human Rights Council for the 2023 to 2025 tenure and preparing to defend the Country Report on the Implementation of the Convention on the Elimination of All Forms of Racial Discrimination (CERD), the UN Convention Against Torture (CAT), and the Universal Periodic Review (UPR) third cycle recommendations, human rights, ethnicity and religion continue to be exploited by unscrupulous parties to conduct acts of sabotage.

Misinformation and lack of objectivity on issues of ethnicity and religion 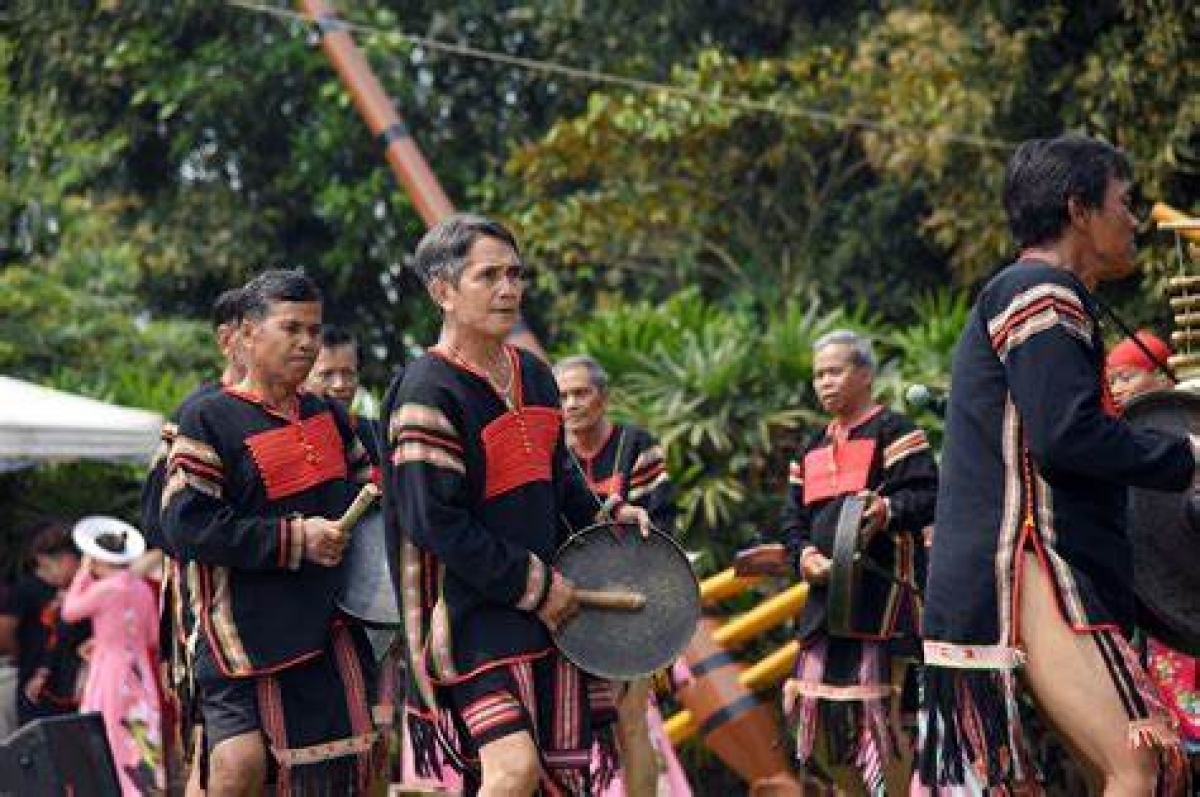 Many reactionary organisations have given false and unobjective information on ethnic and religious issues in Vietnam.

These reports expressed grave concerns about the limited activities of ethnic Protestants in the Central Highlands, particularly the inconsistent application of the law leading to difficulties in registering with provincial administrations of remote and ethnic minority congregations.

At the EU-Vietnam Human Rights Dialogue held in April, the EU side said that the provisions of the Law on Belief and Religion restrict the registration of religious activities, thereby expressing concern about the belief activities of ethnic minorities in the Central Highlands being limited.

The reports provided false and unbiased information when assessing the current human rights situation in Vietnam.

These organizations are linked with many reactionary organisations in the country to provide misinformation regarding the current situation in Vietnam. Indeed, some domestic dissidents have actively participated in online discussions organised by outsiders, spreading false information that "the Vietnamese Government had robbed land" from the Khmer people and other oppressed ethnic people.

These reports are part of ongoing sabotage activities led by these organisations, who ultimately aim to oppose the State of Vietnam and discrediting the nation.

Some organisations, on behalf of international human rights groups, have sent so-called "open letters" to member states of the UN General Assembly to ask them not to vote for Vietnam as it stands for election to the UN Human Rights Council for the 2023 to 2025 tenure.

Since 2020, democracy and human rights have been one of the key themes exploited by unscrupulous parties in order to increase the effectiveness of propaganda activities and sabotage important political events, guidelines, and external and internal policies of Vietnam. 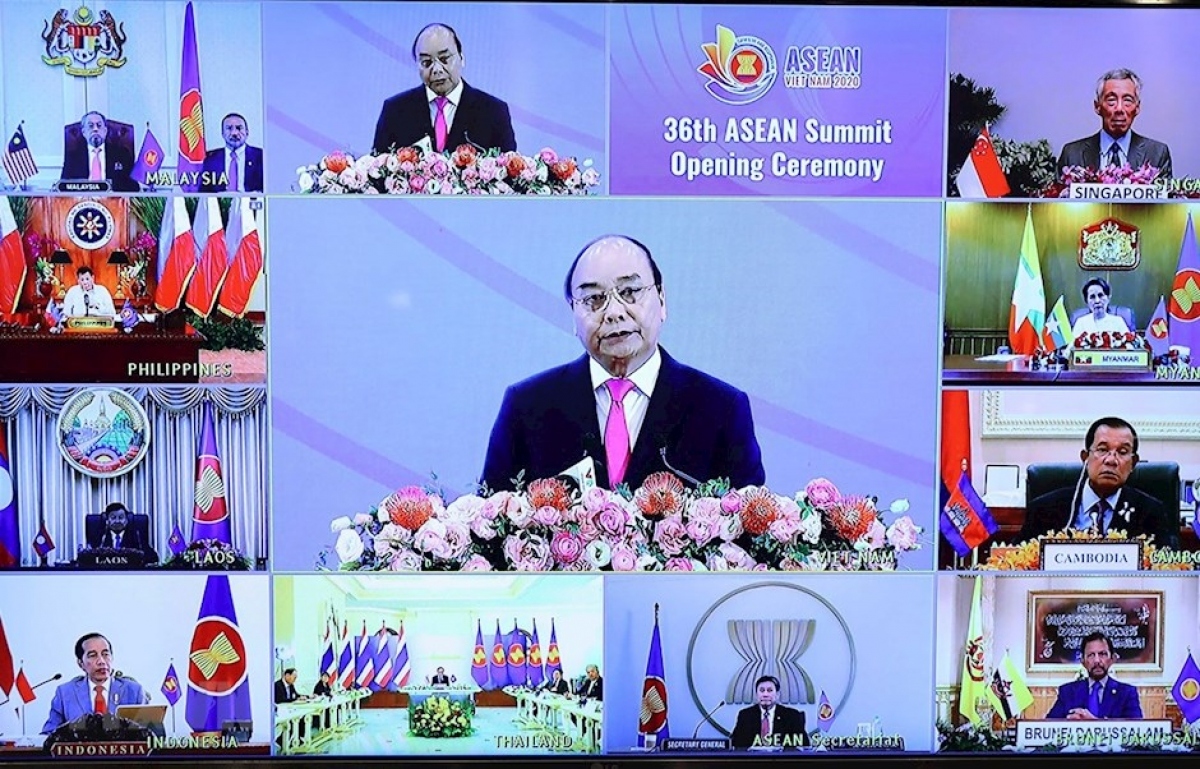 Their goal is therefore to sabotage the Vietnamese candidacy for the UN Human Rights Council on behalf of ASEAN for the 2023 to 2025 term, campaigning to create a movement responding to Global Magnitsky Act targeting the nation.

This is a bill passed by the US Congress in December, 2012, and is applied on a global scale, authorising the US Government to sanction those it considers to be human rights abusers, with measures including freezing their assets and banning them from entering the US.

Under the guise of "criticism, constructive feedback, fight against corruption, negativity, protection of democracy and human rights", reactionary organisations have incited the masses to demand freedom, democracy, and human rights which fall in line with American and Western criteria.

These parties have called on US and Western political circles to intervene and influence the Government to tolerate and support protesters, threatening Vietnam with the prospect of being returned to the "list of 'countries of particular concern' regarding religious freedom, and release all "prisoners of conscience" if it fails to comply with their demands.

They also urged the hasty amendment and deletion of criminal law provisions for crimes infringing upon national security.

Hostile forces have also increased their influence "from the outside", such as demanding that the Vietnamese State immediately meet their standards of civil and political rights, including freedom of association, freedom of private press publication, and religious activities without the State management. These groups expect the Vietnamese side to conform to Western criteria, with many linking democracy and human rights with development co-operation issues.

In particular, they demanded the reduction of defence and security activities in order to maximise the so-called "civil society" in the Western style.

Several Vietnamese and foreign hostile NGOs have observer status at the UN Economic and Social Council (ECOSOC), such as the Vietnam Committee on Human Rights” (VCHR) and the Transnational Radical Party (TRP), both of which have gained influence in the UN Human Rights Council. They have used this to take advantage of the forum to accuse Vietnam of human rights violations and give awards to dissidents aimed at building a "flag" against the Vietnamese State.

Currently, there are nearly 500 websites, online groups, and YouTube channels that regularly publish news, articles, and videos with content that distorts information and incites protests, whilst simultaneously demanding freedom, democracy, and human rights. 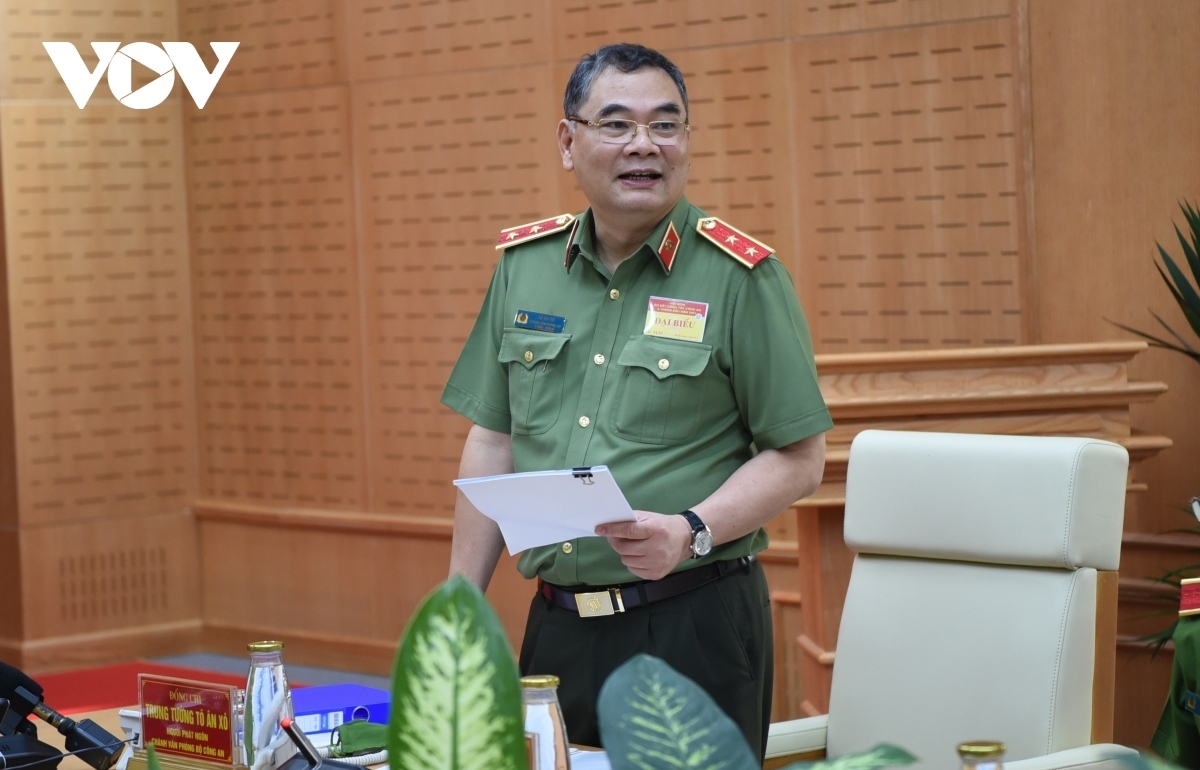 Lieutenant General To An Xo, spokesperson of the Ministry of Public Security, provides information to the media at a press briefing.

Recent times have seen thousands of subjects be administratively sanctioned, while hundreds have been criminally handled.

Police forces have co-ordinated to roll out a range of measures aimed at combatting and disabling over 200 fake portals, taking the names of Party and State leaders and a number of departments, ministries, and localities.

They therefore asked Facebook and Google to remove more than 16,000 articles, videos, links with malicious content that violate Vietnamese law, and thousands of news articles with false, offensive, or distorting content that sabotage the Vietnamese Party and State.

However, the most basic measure is to provide official information in a timely manner. In cases that are of interest to the general public, authorities must quickly verify and advise the spokesperson to co-ordinate efforts to publish official information on the media and social networks in order to orient public opinion and combat false and hostile views. This is along with handling organisations and individuals that post bad information or fake and untrue news.

Competent agencies have also arranged hundreds of meetings with staff of diplomatic missions, members of organisations, and temporary delegations abroad, especially the US and EU, in order to proactively provide official information.

Through these external activities and contacts with diplomatic representative agencies in Vietnam, these agencies provide full information on the current human rights situation in the nation, especially issues related to freedom of religion and freedom of the press. 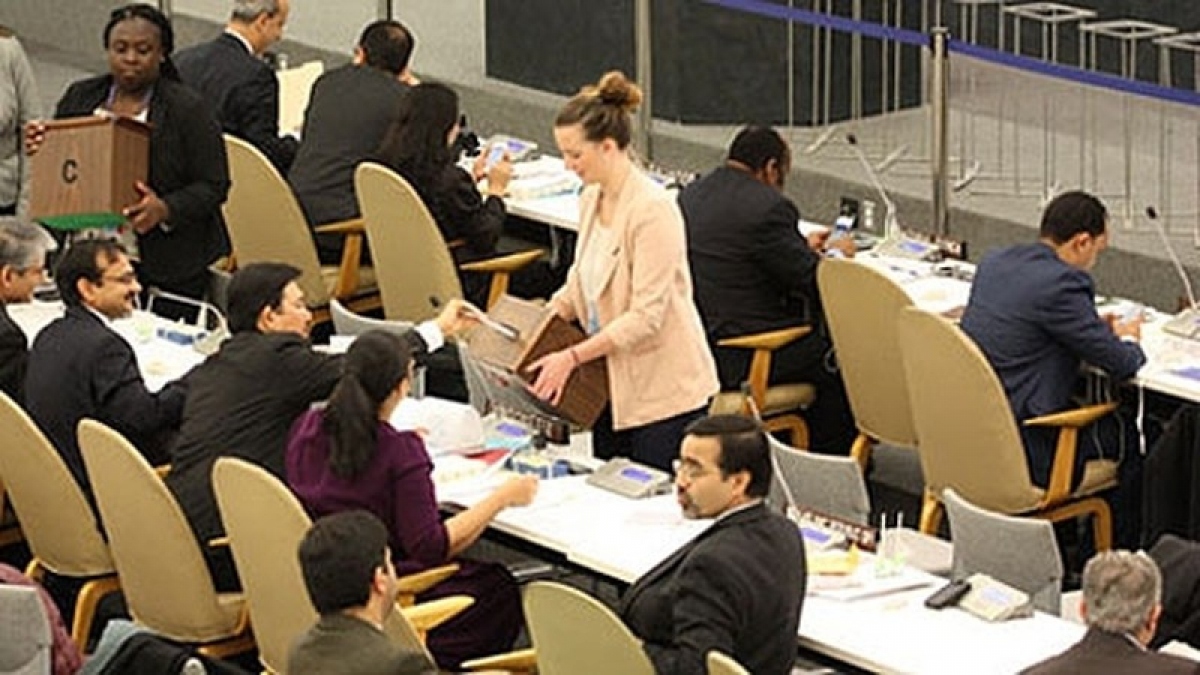 Voting for members of the UN Human Rights Council in 2013.

At that time, Vietnamese initiatives in the 2014 to 2016 term were highly appreciated by the international community, typically when the country co-ordinated with other sides to deal with issues of ensuring the labour rights of people with disabilities. This is along with ensuring a safe working environment for workers at sea and adopting a resolution on the impact of climate change on children's rights, and improving education in the prevention and combat of trafficking in women and girls.

The nation’s continued candidacy as a member of the UN Human Rights Council for the 2023 to 2025 term is therefore completely worthy.

ASEAN has also officially recognised the country as the only candidate of the regional bloc. This serves a testament to Vietnamese achievements and unremitting efforts for a beautiful life on the green planet.