Vietnam was elected to the United Nations Human Rights Council (UNHCR) for the 2023-2025 tenure on Tuesday at the 77th session of the UN General Assembly in New York.

A meeting of the 77th UN General Assembly (Source: UN)

The election result shows that Vietnam’s active participation in the UNHCR’s activities and its strong commitment and efforts in promoting and protecting human rights have won the acknowledgement, trust and appreciation of the international community. 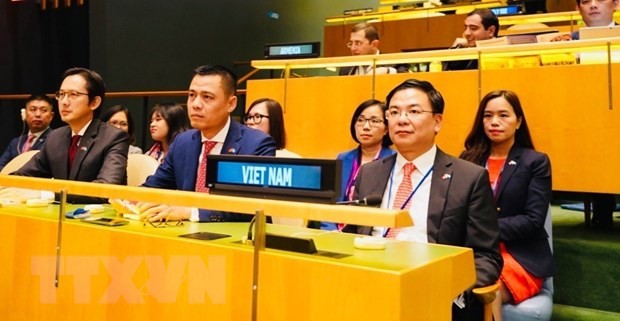 With its seat in the UNHCR, Vietnam will have opportunities to contribute to promoting all human rights on the basis of impartiality, cooperation and dialogue.

Vietnam will have a stronger voice in key issues of the UN as well as the international community, such as the 2030 Agenda for Sustainable Development, response to climate change, immigration, protection and promotion of the rights of women, children, people with disability, minorities, migrants, and especially humanitarian crises or armed conflicts in the world.

This is the second time Vietnam has been elected to the UNHCR. The country was elected to the council for the first time in 2013 for the 2014-2016 tenure.