Climate change is a serious threat to humans ecosystems. Vietnam, one of the countries most affected by climate change, has been hailed by the UN for its effort to respond to climate change. 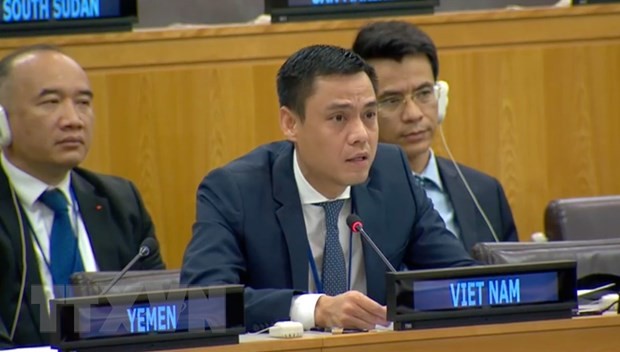 Guterres supported Vietnam’s initiatives and said South-South cooperation and the trilateral cooperation model are very important in implementing the UN Sustainable Development Goals. He welcomed Vietnam's proposal to build a UN action plan with the Francophone Organization to implement "Our Common Agenda".

Vietnam’s National Strategy on Climate Change until 2050 will strengthen its ability to respond to climate change and minimize vulnerability and losses, while taking advantage of opportunities to restructure growth and improving the resilience and competitiveness of the economy.

Phạm Văn Tấn, Deputy Director of the Climate Change Department of the Ministry of Natural Resources and Environment, said: “The overall goal of the climate change strategy to 2050 includes specific tasks and goals for climate change adaptation and greenhouse gas emission reduction, including Vietnam’s commitment at the 26th UN Conference on global climate change (COP26) to bring Vietnam's emissions to "zero" by 2050.”

Climate change is a global problem that requires efforts by each country as well as close cooperation with the international community. Vietnam shares its data on the environment and the water resources of the Red River and Mekong River with other countries. Vietnam has joined the UN Convention on Climate Change, the Kyoto Protocol, and the Paris Agreement on Climate Change.