With the success in running for a seat at the UN Human Rights Council (UNHRC) for the 2023-2025 tenure, Vietnam’s efforts to ensure and promote human rights have been recognised globally by the international community.

After Vietnam was elected to the UN Human Rights Council, United Nations Secretary-General Antonio Guterres expressed his belief that Vietnam will continue to actively promote and protect human rights.

He called Vietnam one of the indispensable members of the UN, noting the country will make meaningful contributions to the common affairs of the UN in solving global challenges, towards peace and development in the world. 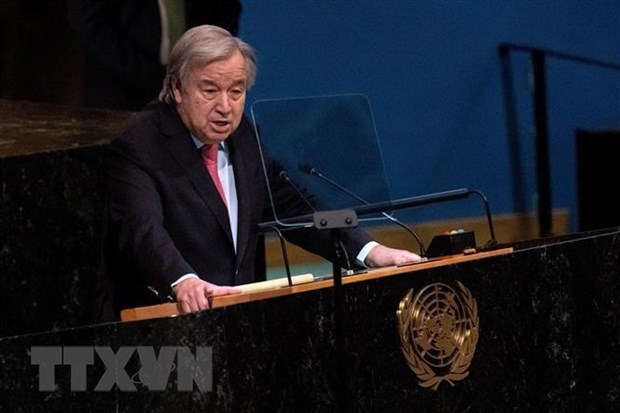 Meanwhile, Palestinian Ambassador to Vietnam Saadi Salama said that Vietnam deserves to have a seat at the UNHRC as the country has worked tirelessly to promote and protect human rights in any circumstance.

The international community also expressed the belief in Vietnam’s substantial contributions during its second tenure at the UNHRC. The contributions reflect the community’s recognition of Vietnam’s efforts in preserving and promoting human rights.

Over the years, Vietnam has paid great attention to ensuring human rights. As of 2021, the country ratified and joined seven out of nine UN basic conventions on human rights. The consistent view of the Party and State of Vietnam is to place people at the centre and consider the people as the subject, the most important resource and the goal of development, ensuring all enjoy human rights. The policy has been demonstrated and institutionalised in the Constitution and laws, and specified in socio-economic development policies and plans.

According to the UNDP report on human development in the 2021-2022 period, during the most trying times of the COVID-19 pandemic, Vietnam performed well in protecting human rights. The Human Development Index leapt two places in the global ranking in 2021.

Caitlin Wiesen, former Resident Representative of UNDP in Vietnam, affirmed that Vietnam has realised the Government’s commitments on placing the people at the centre of development following UN guidelines. This has been revealed in all aspects and reflected in all socio-economic development policies.

Vietnam has always taken full responsibility, and maintained transparency in realising international commitments on human rights protection, including the implementation of recommendations that the country has accepted within the Universal Periodic Review (UPR) mechanism.

Over the past 13 years, Vietnam has actively and responsibly participated in the UPR mechanism. It has accepted and implemented an increasing number of recommendations through the three cycles of its membership. This represents the country’s increasing capacity in institutions, resources and finances. 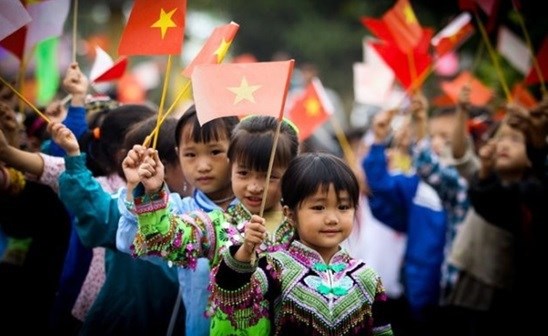 At a recent conference to update the implementation of UPR third cycle recommendations in the fields of labour and society, Deputy Minister of Labour, Invalids and Social Affairs Nguyễn Thị Hà said despite the adverse impacts of the COVID-19 pandemic and climate change, Vietnam completed 82.6% of the recommendations. There are many positive results in terms of ensuring and promoting human rights in the fields of labour, society, gender equality and in the fight against human trafficking.

However, there are still hostile forces targeting Vietnam in the hope of derailing democratic and religious affairs to distort the human rights situation in the country. A number of organisations, including the US Commission on International Religious Freedom (USCIRF), have regularly released reports with wrongful, one-side and ungrounded comments about Vietnam. They accused the country of “limiting” religious freedom or “repressing” religions.

Regretfully, the US Department of State, based on such inaccurate and biased reports, has recently put Vietnam in the group of countries on the Special Watch List for religious freedom.

In fact, respecting beliefs and religious freedom of all people has been a consistent and thorough policy of the Vietnamese Party and State. The concept of religious freedom has been institutionalised in Vietnam’s legal system. Vietnam is home to many religions with about one fourth of the population following a number of faiths. 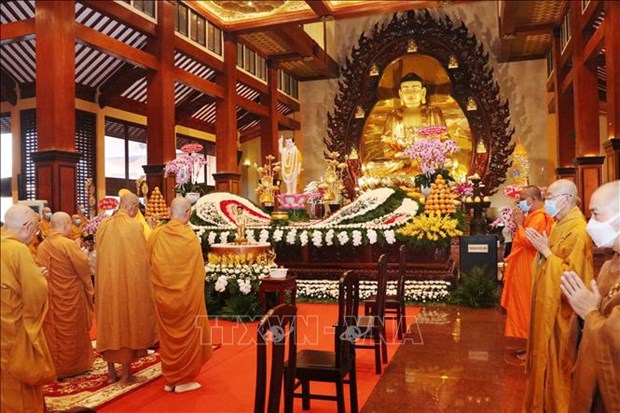 Respecting beliefs and religious freedom of all people has been a consistent and thorough policy of the Vietnamese Party and State (Photo: VNA)

Vietnamese people are free to choose to follow or not follow any religion, and all are equal before the law without any religious discrimination.

To date, the Vietnamese State has recognised and granted operating licences to 43 organisations, belonging to 16 different religions. These religious groups encompass more than 27 million followers, or nearly 30% of the population. They include over 55,000 dignitaries, about 135,000 religious deacons, and close to 30,000 places of worship right in Vietnam.

In the first six months of 2022, the administrations at all levels granted licences to the construction and upgrading of 152 places of worship. It also issued registrations to 183 facilities to organise concentrated religious activities. Religious activities have been held regularly with the participation of a large number of followers across the country.

Recently, in late November, President Nguyễn Xuân Phúc attended the ninth National Congress of the Vietnam Buddhist Sangha for the 2022-2027 tenure. This was an important event in Vietnamese Buddhism, showing the Party and State’s care for religions that have positive orientations and walk in step to help build the nation. This is a fact that is not up for debate on the topic of religious freedom in Vietnam.

This year, the International Human Rights Day (December 10) is themed “Dignity, Freedom, and Justice for All”. This is also a goal that Vietnam pursues with respect to the protection of human rights. As a member of the UNHRC for the 2023-2025 tenure, Vietnam will make direct contributions to protecting and promoting human rights all over the world./.