‘A picture is worth a thousand words’, Deputy Foreign Minister Phạm Quang Hiệu said in welcoming remarks at the opening ceremony of the exhibition “Iranian Art Heritage, the Cradle of Civilization” on July 13 in Hanoi. 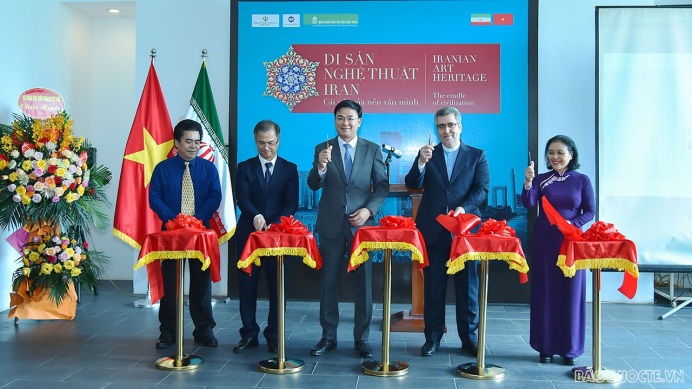 The honoured guests cut the ribbon to open the exhibition “Iranian Art Heritage, the Cradle of Civilization” held in Hanoi on July 13. (Photo: Tuan Anh)

The exhibition entitled “Iranian Art Heritage, the Cradle of Civilization” was co-organized by the Embassy of Iran and the Vietnam Museum of Ethnology and Vietnam Academy of Social Sciences.

A picture worth a thousand words

In his speech, the Deputy Foreign Minister Phạm Quang Hiệu highly appreciated the efforts of the organizers, the Embassy of Iran in Ha Noi, especially Iranian Ambassador Ali Akbar Nazari in introducing the unique culture and art of the Iranian people over the generations to the Vietnamese public. 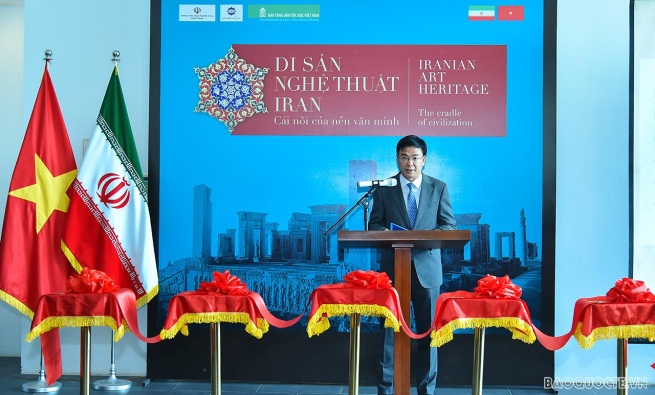 “This event will definitely contribute to the promotion of public diplomacy and cultural exchanges between the two countries”, he said.

Recalling the saying “A picture is worth a thousand words”, the diplomat said that the photographic works and handicrafts displayed would tell a stimulating story about historical events, customs and the unique culture of the Iranian people stretching from the 6th Century BC to the modern day.

“I believe that the exhibition will provide Vietnamese people with a new and more intuitive perspective on the brilliant Persian civilization, the land of the exciting and curious tales of Lady Sheherazade, which are familiar to many Vietnamese generations. The exhibition will also greatly contribute to our common goal of building a better relationship between the two peoples”, said the Deputy Foreign Minister.

He also expressed his hope that the two countries will have more promotional activities, cultural and artistic exchanges in the coming time. These activities thereby increase mutual understanding and bring the people of the two countries closer, especially on the occasion of the upcoming 50th anniversary of diplomatic relations between Vietnam and Iran in 2023.

To maintain a strong momentum of growth

In his opening remarks, Iranian Ambassador to Vietnam Ali Akbar Nazari stressed that culture plays a significant role in international communication and cultural diplomacy has become one of the important pillars of any country’s foreign policy.

"Realizing the special place of culture as an influential sort of soft power, the embassy considers holding cultural events as one of its priorities," he said. 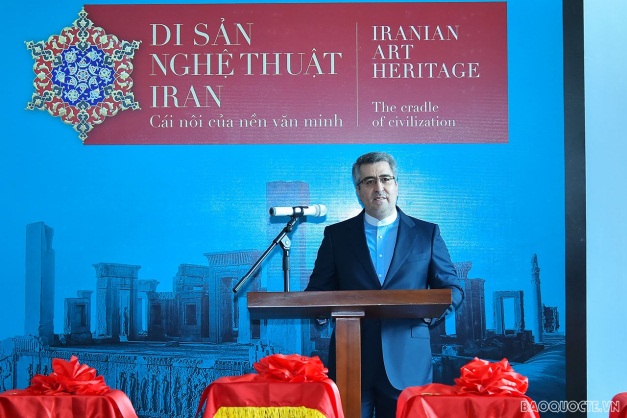 According to the Ambassador, to fulfill this cause and consider art as a mesmerizing element of every culture, this exhibition was initiated as a warm up and introduction to a number of cultural events to be held in 2023 on the occasion of the 50th anniversary of diplomatic relations between Iran and Vietnam. 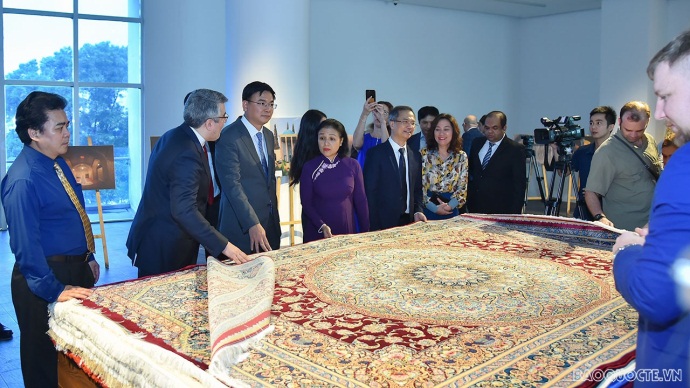 The Ambassador also said he expected to see more fruitful exchanges between Iran and Vietnam in the fields of culture, trade, health, education, fisheries, agriculture and so on.

“I hope that through concerted efforts by both sides, Iran and Vietnam will maintain the strong momentum of growth in our multi-faceted relationship in the years ahead”, said the Ambassador. 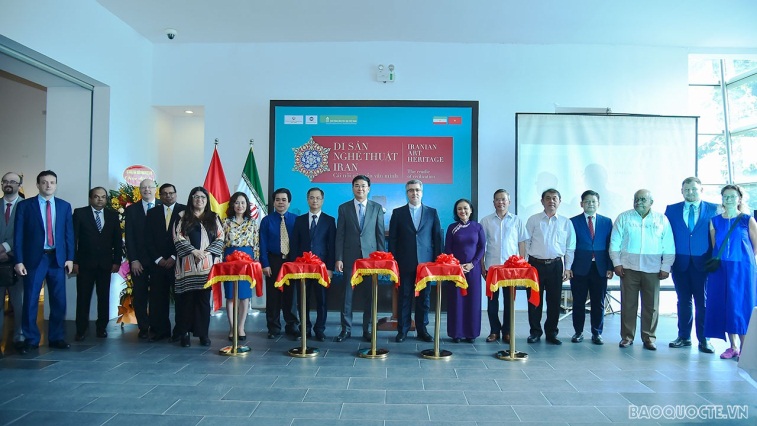 Participants at the ceremony in a group photo. (Photo: VNA) 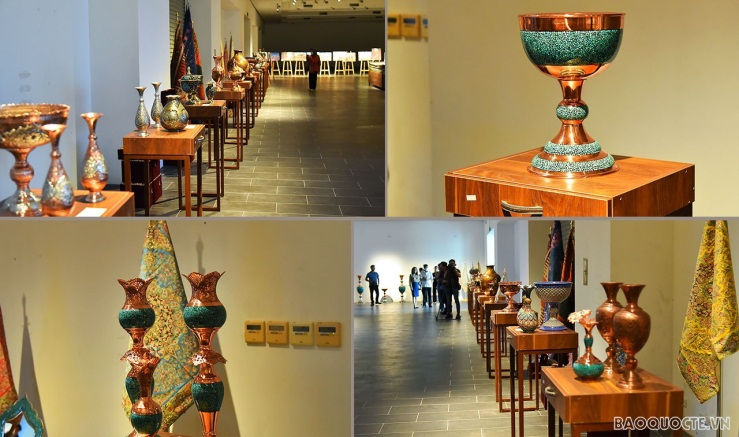 The visitors will see a praiseworthy collection from carpets, hand-painted vases, engraved and enameled copper plates to about 70 eye-catching photographic works...

With an aim to give all visitors a better understanding of the brilliance of Iran’s art heritage, the cradle of civilization, time-honored history and the richness of the traditional Iranian culture, as well as promote the cultural exchange between Iran and Vietnam, a harmonious combination of valuable handicrafts and photographs collected from different parts of Iran, a country which is home to the one of world’s oldest continuous major civilizations, with historical and urban settlements dating back to 7000 B.C. are introduced on this occasion.

The visitors will see a praiseworthy collection from carpets, hand-painted vases, engraved and enameled copper plates to about 70 eye-catching photographic works, leading visitors to pass through the tunnel of time and space, to be back in the remote past and to taste the magnificence and splendor of the Iranian cultural heritage.

The exhibition will take place from July 13 to 31, 2022 on the 3rd floor of the Kite Building, Vietnam Museum of Ethnology./.