An international workshop entitled “Indo-Pacific Strategies and the South China Sea-views from the region” has been held recently by the Asia-Africa Institute (AAI) under Hamburg University of Germany, attracting experts from many countries around the world including Germany, France, Australia and Japan. 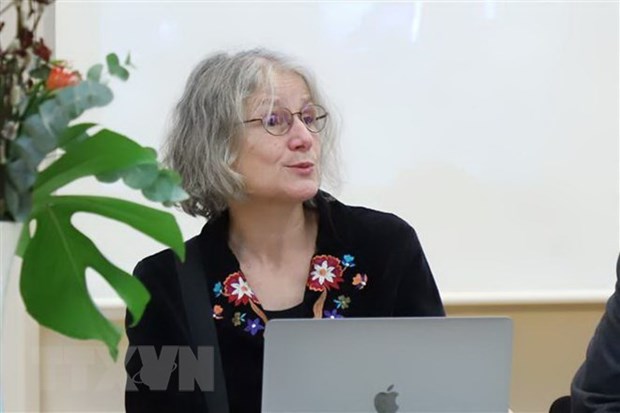 In her opening remarks at the event, Eve Wilden, AAI director, highlighted the importance of the Indo-Pacific region, which is home to more than half of the world's population, rich natural resources and many important sea routes which are significant to global trade. Thus, many world powers, including the European Union (EU) and Germany, have issued their own strategies for the Indo-Pacific, while increasing cooperation and their presence in the region. However, persistent conflicts and disputes, especially those in the South China Sea (called East Sea by Vietnam), pose many potential risks of instability and are not easy to resolve, she said.

Prof. Thomas Engelbert, an expert from the University of Hamburg, said the situation in the East Sea has become complicated.

Violations of international law have continued to occur while the negotiation process on a Code of Conduct in the East Sea (COC) between the Association of Southeast Asian Nations (ASEAN) and China has dragged on with few breakthroughs due to a wide gap in viewpoints of the sides, he said.

Given the context that the world is facing severe political and security challenges, Engelbert said that countries in the East Sea region should restrain their actions, respect international law and make joint efforts to resolve conflicts by peaceful means on the basis of international law, especially the 1982 United Nations Convention on the Law of the Sea (UNCLOS) as well as speed up the COC negotiation process.

Participants at the workshop affirmed that the UNCLOS and the 2016 ruling on the East Sea by the Permanent Court on Arbitration (PCA) are the most solid and important legal grounds for settling disputes in the East Sea. Unilateral acts that violate international law, aggressive actions, the use of force or threat to use force against other countries are totally unacceptable, they said.

According to experts, active negotiation on the basis of international law and mutual respect, taking into account the harmonious interests of the parties, and trust building and strengthened cooperation are the most optimal measure in resolving conflicts, ensuring peace, security and stability in the region as well as in the world./