Dong Son bronze drum, the earliest form of bronze drum found in Vietnam, has been introduced at the World of Sky Discs Exhibition in Pfannerhall Braunsbedra in the German state of Sachsen Anhalt. 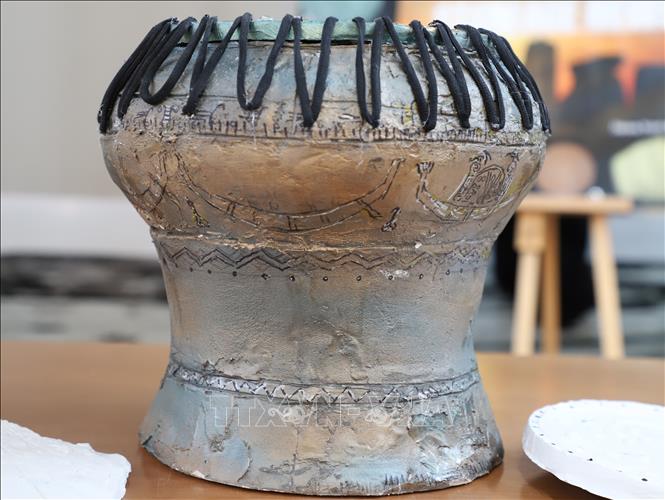 This is an ancient object thought to be the world’s oldest map of the stars created in Germany around 1670 B.C.

Dong Son Culture (dated from the seventh century BC to the first – second century AD) was a Metal Age in ancient Vietnam. It was named by archaeologists for the Dong Son village on the banks of Ma River in Thanh Hoa city, where a number of bronze items were accidentally discovered in 1924.