A spokesperson for the Ministry of Foreign Affairs on August 25 voiced Vietnam’s opposition to the World Meteorological Organisation (WMO) for having used a map with China’s nine-dash line which has not been recognized internationally. 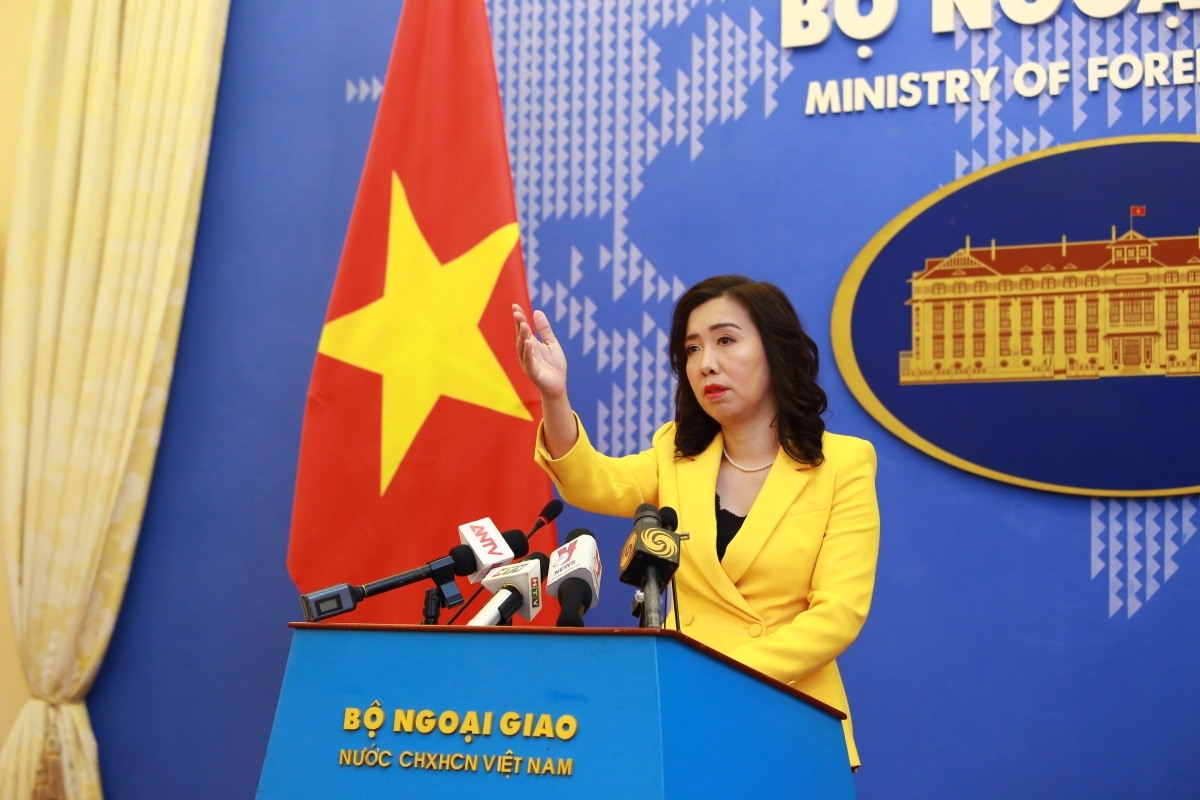 Lê Thị Thu Hằng, spokesperson for the Ministry of Foreign Affairs of Vietnam

Vietnam has repeatedly rejected the so-called nine-dash line, as well as maritime claims that run contrary to international law, especially the 1982 United Nations Convention on the Law of the Sea (UNCLOS), spokesperson Lê Thị Thu Hằng told media workers at a press briefing in Hanoi on August 25.

Vietnam maintains that all forms of propaganda, promotion and posting of contents and images that violates Vietnam’s sovereignty over the Hoang Sa and Truong Sa archipelagoes, as well as the country’s sovereign rights and national jurisdiction with respect to relevant waters in the East Sea prescribed in accordance with UNCLOS are null and void, she said.

The spokesperson requested countries and organizations to respect Vietnam’s sovereignty over the two groups of islands as well as relevant waters in the East Sea, and to remove and correct those inappropriate contents.

On August 23, the World Meteorological Organization based in Switzerland posted a story about Chinese climate on Facebook, using the map with the nine-dash line that illegally covers Vietnam’s Truong Sa (Spratly) and Hoang Sa (Paracel) islands.