The Executive Board of the Vietnam Buddhist Sangha (VBS) in the south-central coastal province of Khanh Hoa has held a ceremony announcing decisions on the appointment of heads of six pagodas in Truong Sa island district. 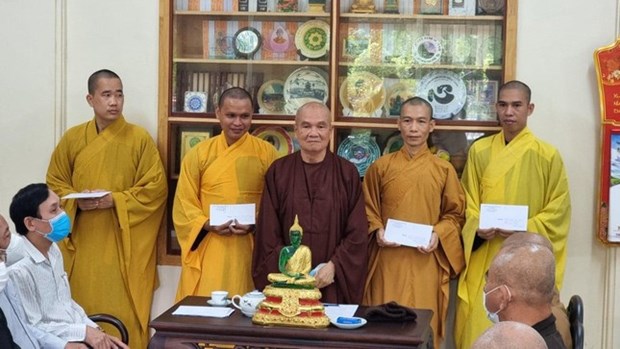 Khanh Hoa’s Buddhist information and communication board on January 6 cited Most Venerable Thích Minh Thông as saying at the ceremony that border residents have a limited material, spiritual and religious life due to geographical difficulties.

He asked the new heads of the pagodas to make every effort to complete their assigned tasks.