The annual Yen Tu Spring Festival will reopen on January 31, the 10th day of the first lunar month, in the northern province of Quang Ninh, after a 3-year hiatus due to COVID-19. 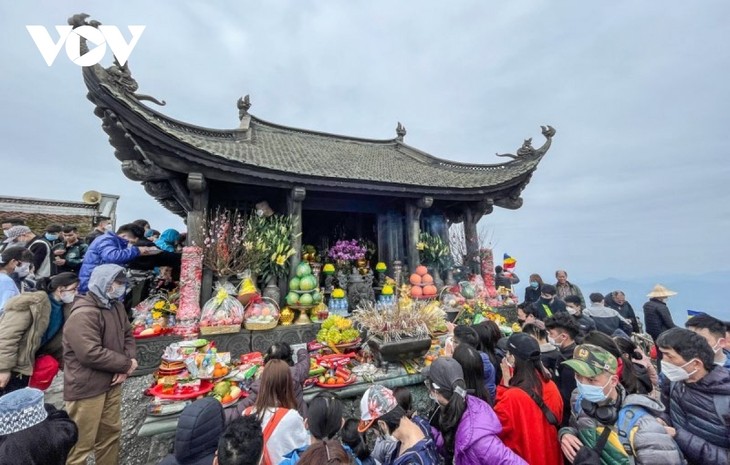 Activities will include a lantern night, dragon and unicorn dances, and folk games.

Nearly 5,000 monks, nuns, Buddhists, and pilgrims are expected to attend the religious event, according to the Executive Board of the Quang Ninh Buddhist Sangha.

The festival is set to last until the end of the third lunar month.

A painting exhibition showcasing the majestic beauty of the complex of Yen Tu Monuments and Landscapes will serve as the highlight of the festival.

The Yen Tu spring festival is held annually to honor the great value of Yen Tu mountain, the origin of the Truc Lam Zen sect, and the contributions made by King-Monk Tran Nhan Tong.

The Yen Tu scenic site was officially listed as a special national relic site in September 2012, and attracts millions of visitors each year.

Built in the late 17th century, the Huong Pagoda Complex has a large number of pagodas, temples, and caverns filled with marvelous stalactites and stalagmites.

The Huong Tich cavern has the autograph of Lord Trinh Sam in 1770, describing the cavern as the most beautiful cave in the country./.