The Tran Temple Festival 2022 has opened at the Tran Temple - Chua Thap historical and cultural relic site in Nam Dinh city, Nam Dinh province, on the occasion of the 722nd death anniversary of Saint Trần. 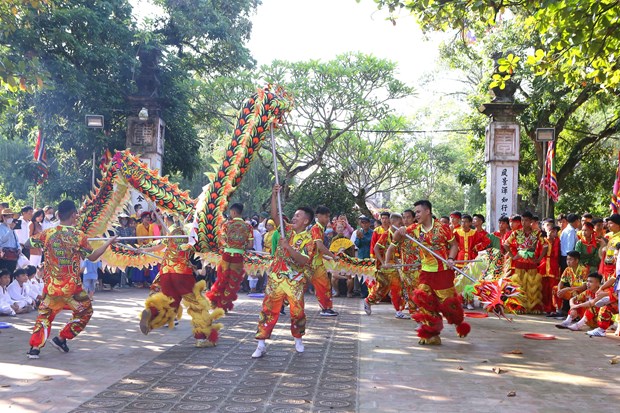 An incense offering ceremony to commemorate the heroic spirits of emperors from the Trần Dynasty and Saint Trần was followed by other festivities such as a procession of palanquins, sacrifices and cultural activities, and artistic performances, to remind people of the glorious and heroic traditions of the Trần Dynasty and the merits of Trần Hưng Đạo - a national hero in three resistance wars against Mongol invaders.

Tran Temple in Loc Vuong ward, Nam Dinh city, is a place to worship the Trần emperors and mandarins who helped support the Trần Dynasty.

The festival will run until September 25./.