State President Nguyễn Xuân Phúc on January 16 paid a lunar New Year (Tet) visit to Most Venerable Thích Trí Quảng, supreme patriarch of the Patronage Council of the Vietnam Buddhist Sangha on the occasion of the coming Tet festival. 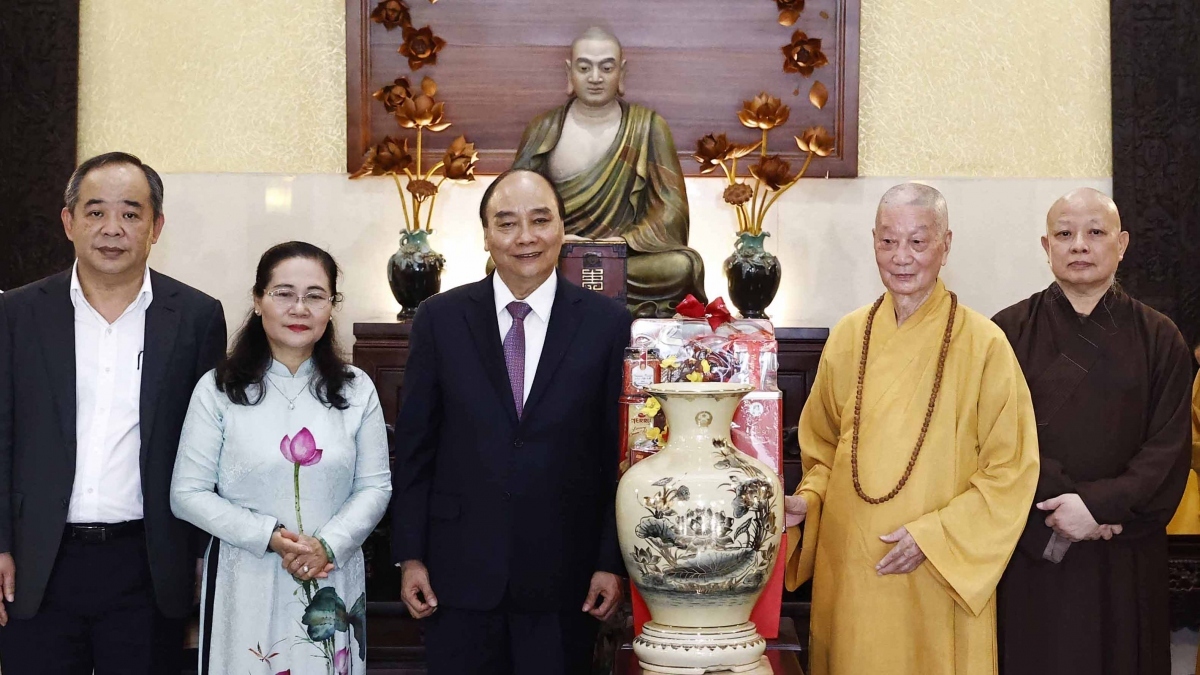 Phúc respectfully wished the Most Venerable and all other dignitaries, monks and nuns, Buddhists nationwide good health, peace and success.

He highly appreciated the sangha’s practical contributions to national development in recent times, including engaging in the COVID-19 fight, launching charitable campaigns, and encouraging people to join emulation drives.

The Party and State always respect and guarantee people’s right to freedom of religion and belief, ensure religious activities in accordance with the law, and create conditions for religious dignitaries and compatriots, including Buddhists, to well perform the true spiritual practice and fulfill the duties of citizens towards the Fatherland, stressed Phúc.

The State President also asked Party committees and authorities to support legal religious organizations in general and the Vietnam Buddhist Sangha in particular to develop alongside the nation, and promote their cultural values, good ethics and resources for national development.

It’s important to be wary of unscrupulous forces that continue to take advantage of religion to divide the great unity bloc of the nation and sabotage the revolutionary cause of the Party, thus affecting security and order, social safety and people’s lives, he reminded.

Supreme Patriarch Thích Trí Quảng thanked the State President for the New Year greetings, and hoped the Vietnam Buddhist Sangha would continue to receive support from the Party and State to, together with the entire nation, build a peaceful and prosperous Vietnam.

Most Venerable Thích Trí Quảng was elected as the supreme patriarch of the Patronage Council of the Vietnam Buddhist Sangha at the ninth national Buddhism congress for the 2022-2027 held recently in Hanoi.