A delegation led by Priest Chairman of the Representative Committee of Tay Ninh Caodai Church in the southern province of Hau Giang Ngọc Quận Thanh paid on January 9 separate visit to the provincial Party Committee and People’s Committee, ahead of the Tet (Lunar New Year) 2023. 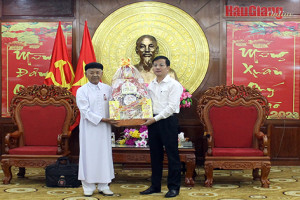 While extending Tet greetings to the officials, Priest Ngọc Quận Thanh informed that local Caodai followers have upheld fine traditions and contributed over 587 million VND for social charities in the locality in 2022. 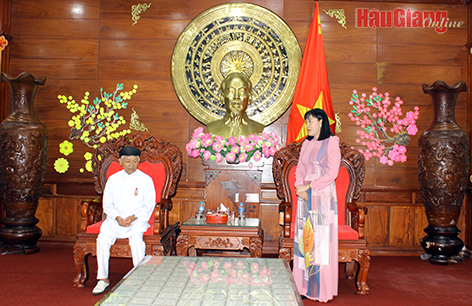 On the same day Vice Chairwoman of the provincial People’s Committee Hồ Thu Ánh also received a delegation of the Representative Committee of Hoa Hao Buddhism in the province ahead of Tet Festival 2023.

On behalf of the delegation, Chairman of the Hoa Hao Buddhist representative committee Nguyễn Hoàng Khởi informed that local Hoa Hao Buddhists have been very active in social and charitable activities for the last twelve months with practical contributions valued at 23 billion VND. On occasion of the Tet of the Cat, he also wished good health and successes to the local officials in the new year./. 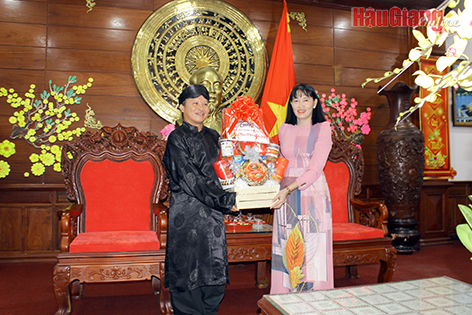