The Deputy Minister of Information and Communications Phạm Anh Tuấn chaired on November 11 a workshop on the project supporting information and propaganda on ethnicity and religion in 2021.

Jointing the event included representatives from ministries and central agencies, press agencies and publishers participating in the project, members of the project’s Interministerial Working Group, and concerning departments under the Ministry of Information and Communications.

At the workshop, Deputy Director of the Planning and Finance Department under the Ministry of Information and Communications Nguyễn Ngọc Hải delivered report on the implementation of the project in 2021 and mapping out key plans for 2022.

Representatives of the Committee for Ethnic Minority Affairs, the Government Committee for Religious Affairs, and the Vietnam Academy of Social Sciences respectively introduced three sets of propaganda contents on fostering knowledge, information and propaganda skills on policies and laws on ethnicity and ethnic affairs, religion and religion affairs, and historical traditions, patriotism, cultural identities of the nation and fine values ​​of belief and religions.

During the conference, representatives of news agencies and press also raised difficulties and obstacles in information and propaganda of the project and proposed recommendations for implementing key tasks from now until the end of 2021 and the following years.

Speaking at the event, Deputy Minister Phạm Anh Tuấn assigned the Press Department and the Department of Planning and Finance to closely work with the Committee for Ethnic Minority Affairs, the Government Committee for Religion and Vietnam Academy of Social Sciences to issue guidelines and contents of key tasks of the project in the coming years. 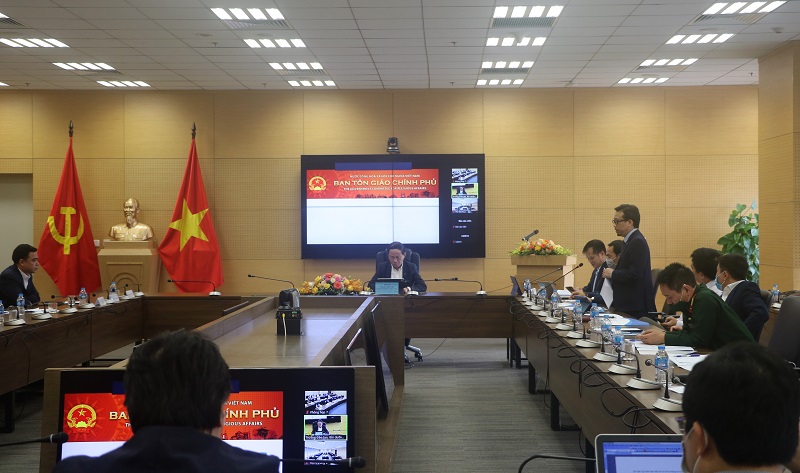