The three-month Huong Pagoda Festival, the longest of its kind in Vietnam, is set to open in Huong Son commune, Hanoi’s outlying district of My Duc, on January 27 (the second day of the lunar New Year). 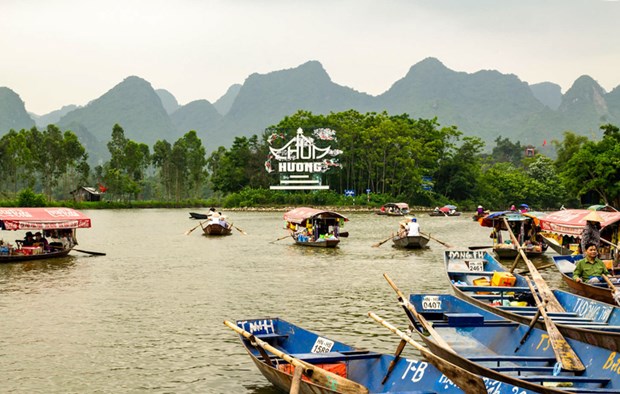 Lasting until April 23 (the fourth day of the third lunar month), the event will see new features, including online tickets and electric cars around the site to serve visitors.

Going to Huong Pagoda is a spiritual journey to the Buddhist Land – where the Goddess of Mercy leads a religious life.

Visitors have sightseeing trips to pagodas, temples and caves which are the main attractions at the Huong pagoda festival, and join ceremonies to ask for favours from Lord Buddha.

Built in the late 17th century, the Huong Pagoda Complex has a large number of pagodas, temples, and caverns filled with marvelous stalactites and stalagmites.

The Huong Tich cavern has the autograph of Lord Trinh Sam in 1770, describing the cavern as the most beautiful cave in the country./.