Leaders of Ho Chi Minh City paid tribute to Hung Kings, the legendary founders of the nation, at a ceremony held at the National Historical and Cultural Park in the city on January 18 on the occasion of the traditional Lunar New Year (Tet), the biggest festival in a year for Vietnamese people. 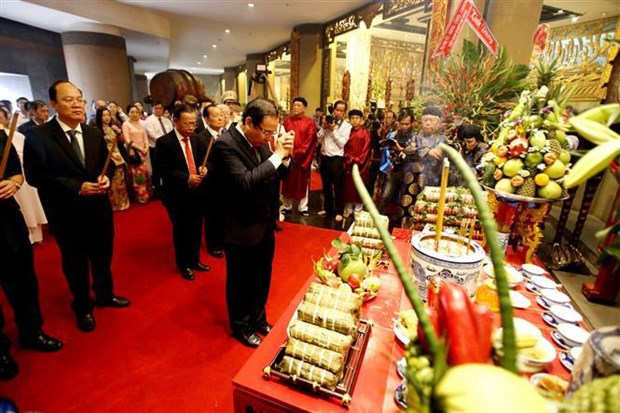 This is one of the traditional activities held in HCM City every Tet festival, aiming to honour traditional cultural values as well as the great contributions of the Hung Kings, who ruled Vietnam from 2879 BC until 258 BC and are considered the founders of the nation. 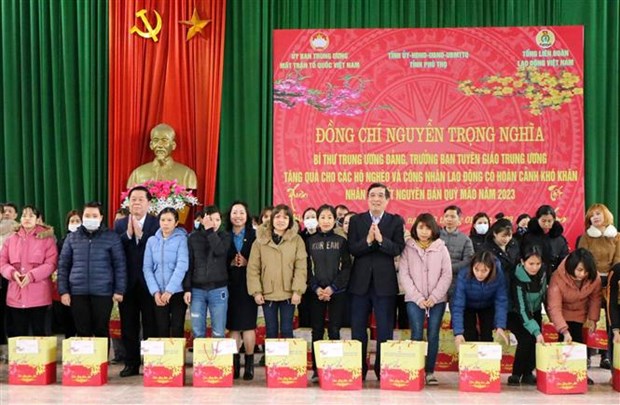 In Phu Tho town, Nghĩa and the delegation gave 200 gifts to poor households and workers. They also visited and presented gifts to wounded and sick soldiers who are treated at the province’s nursing centre for people with meritorious services.

On this occasion, they offered incense at the Mother Au Co Temple in Hien Luong commune, the province’s Ha Hoa district.

Legend has it that Au Co, who was a fairy, descended to the earth on the seventh day of the first lunar month. She met with Lac Long Quan and gave birth to 100 sons.

When they arrived in the area which is now Hien Luong commune, Au Co and her children were so captivated by the area’s stunning landscapes that they decided to settle there, and this was where the eldest son was crowned as Hung King – the legendary founder of Vietnam./.