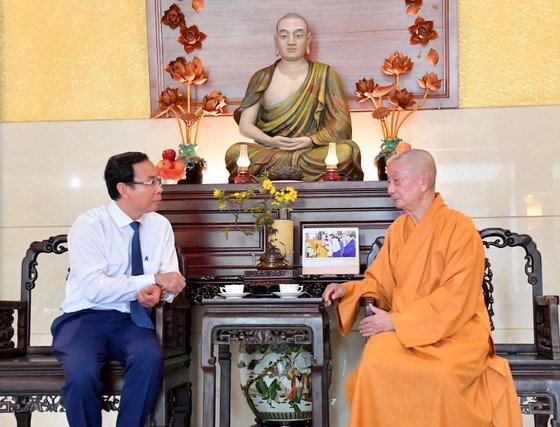 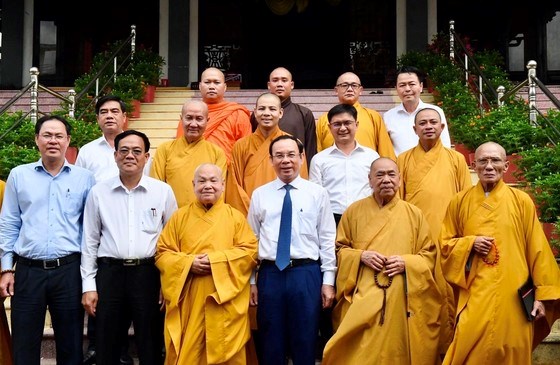 Informing the Buddhist dignitaries about Vietnam and HCM City's socio-economic situation last year, Secretary Nguyễn Văn Nên stated that thanks to solidarity and consensus of the entire nation, including the VBS, the country overcame difficulties and increased prosperity.

He wished Buddhist dignitaries, monks, nuns, and lay followers a new year of good health and happiness, expressing his hope that the VBS will continue bringing into play the traditional patriotism to join hands with the Party and State in developing and safeguarding the country and turning HCM City into a civilised, modern, and humane city. 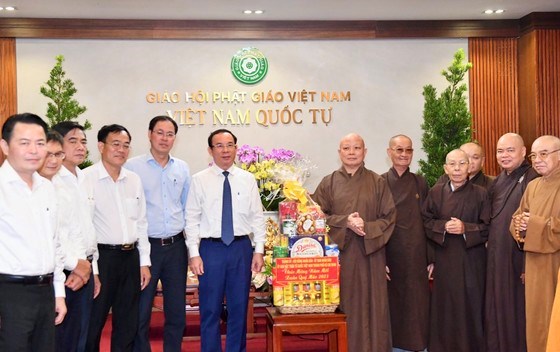 Most Venerable Thích Lệ Trang, Chairman of the Executive Committee of the VBS Chapter in HCM City

During the visit to HCM City Archbishop, the official thanked Archbishop Joseph Nguyễn Năng, who currently serves as President of the Vietnam Catholic Bishops’ Conference, and other dignitaries of the Catholic Church of Vietnam for staying united with and standing side by side with the local Party Organisation, administration, and people in the COVID-19 combat and the post-pandemic recovery and development period.

He called on the Archdiocese to continue supporting the city in development efforts, especially in terms of social welfare and life quality improvement. 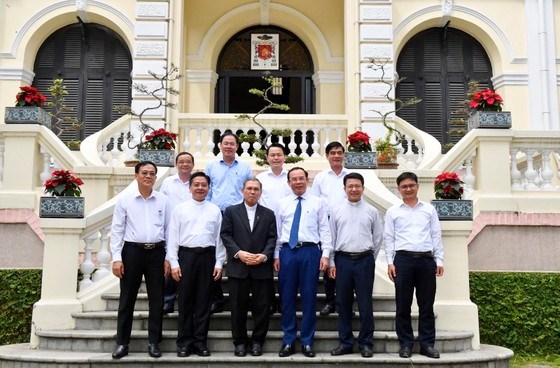