Under the Tran Dynasty (1225-1400), Trần Quốc Tuấn, also known as Tran Hung Dao, (1228-1300) was a military Grand Commander, who commanded the Dai Viet armies to repel the three major Mongol invasions during the 13th century. 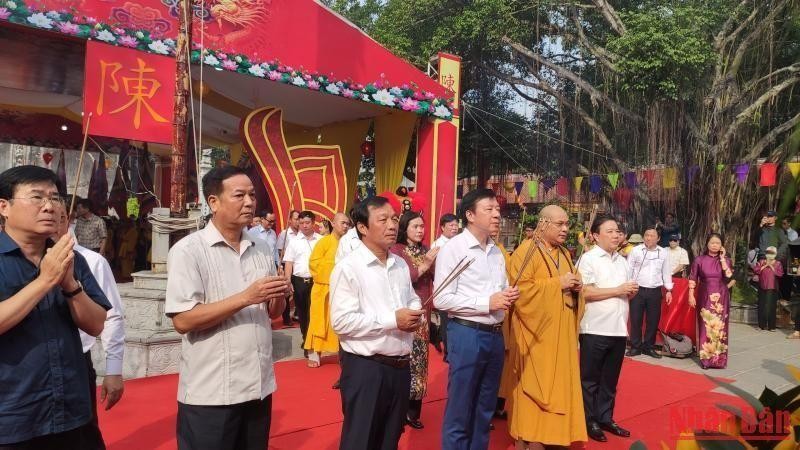 Kiep Bac Temple worships the hero, Trần Quốc Tuấn and his entire family. The temple is located in the middle of Rong Mountain’s valley in Hung Dao Commune, Chi Linh Town, in the northern province of Hai Duong.

It was the place where Trần Quốc Tuấn established a military base, storing food and training soldiers for the resistance wars against the Mongol invasions of the 13th century.

In the 14th century, the temple was constructed. There are annual festivals to commemorate the hero of the Vietnamese people, who made great contributions to the country and they worship him as a saint.

This year's Con Son - Kiep Bac Autumn Festival takes place from September 10 to 15. The main activities of the ceremony include things such as the opening event, followed by traditional worshipping rituals, folklore practices, art performances, a walking procession, a seal opening ceremony, and a ritual to pray for peace.

There will also be cultural and arts activities, such as a boat race, water puppetry performances, and a night festival to release coloured lanterns on the Luc Dau River.