On July 5th 2012, at Hanoi capital, the Government Committee for Religious Affairs in collaboration with People's Committees of Hanoi held briefing conference six months of 2012 clusters of provinces and cities of Delta areas and Northern midlands. 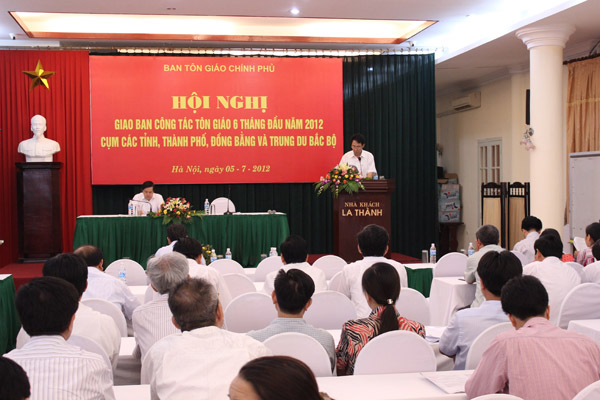 Mr. Nguyen Thanh Xuan - Vice Chairman Standing the Government Committee for Religious Affairs and Mr. Tran Huy Sang commissioner, Director Department of Hanoi Home Affairs hosted the conference. Attending the meeting were representatives leaders of ministries, departments and central sectors, representatives of the Service, units of The Government Committee for Religious Affairs Committee; leaders of Committee for religious affairs in 12 provinces and cities in the Delta areas and Northern midlands.

The conference focused on review the management of State on religion in Delta areas and Northern midlands; and also to exchange and share experiences during the State’s management at the locals on religion. In six months of 2012, religious activities in delta areas Northern midlands keep basically stable. Activities of the religion, the dignitaries and believers are going normally and the authorities always facilitate; festival of religions attracted dignitaries, believers; training activities, fostering dignitaries in the religions towards increasing the numbers and expanding the types of training. The ordainment, stationery, displacement, appointed dignitaries and monks be done regularly; the religions has many charitable social work, gifts, free medical care for poor families, participate in patriotic emulation movement in the local .
The conference also analyzed the experiences of the provinces and cities in Delta areas and Northern midlands. Governments at all levels actively urge and guide religious organizations to register the program, the content of religious activities each year and extraordinary as prescribed. Preparation and organization congress of religions; facilitating, helping, ensuring security order and social security in the festivals of religions; legitimate the needs of dignitaries, believers to repair, build the place of worship. Create consensus of dignitaries, believer on the religious policies of the Party and State.
Mr. Nguyen Thanh Xuan, Vice Chairman Standing the Government Committee for Religious Affairs had received the opinion of the provinces, cities, and suggested that in the last 6 months the local will research and develop projects, "the religious machine at all levels "; help religious organizations conducted the General Assembly and congress; enhance information about the religious situation and religious affairs in its management system of State on religion; to continue listening to the heart, aspiration of the believers.
Một số hình ảnh của hội nghị giao ban
Some images in conference. 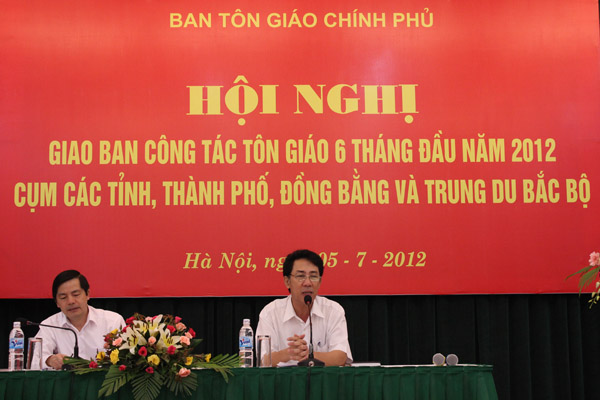 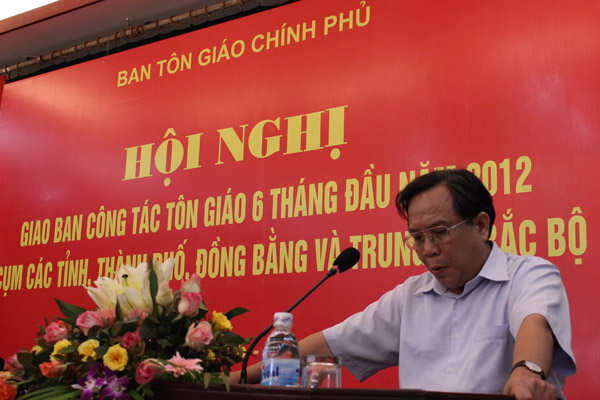 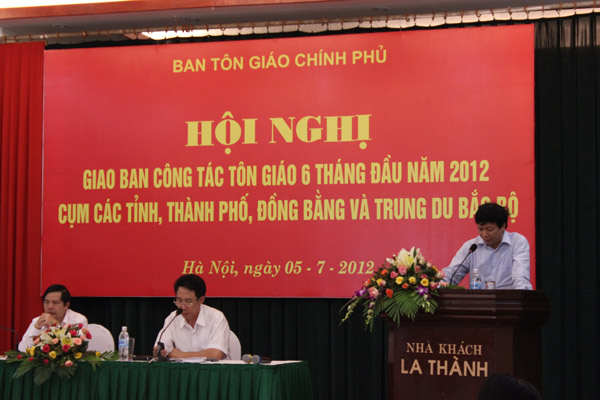 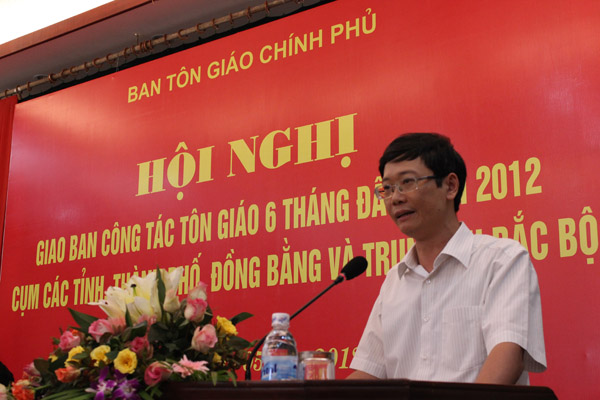 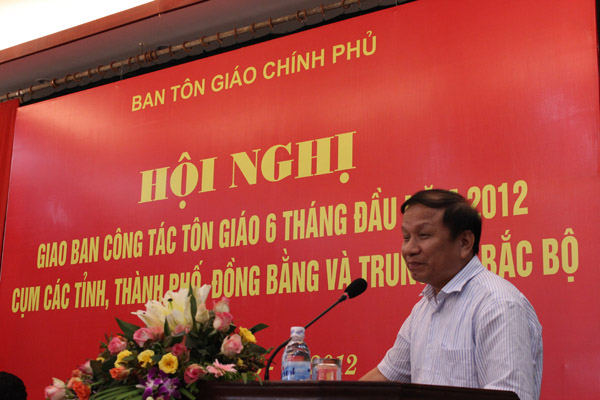