Chairman of the Government Committee for Religious Affairs (GCRA) Vũ Hoài Bắc paid on January 6 visit to the Central Executive Committee of Vietnam Buddhist Sangha (VBS) based in Quan Su pagoda in Hanoi, ahead of the Lunar New Year (Tet) 2023. 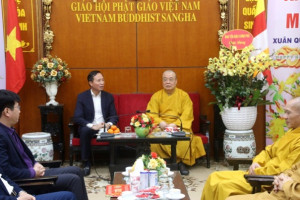 Speaking with the host, while extending warm Tet greetings to dignitaries of the VBS as well as all Buddhist monks, nuns and lay followers of the VBS at home and aboard, Chairman Vũ Hoài Bắc also congratulated the VBS on the successes of the 9th national congress (the 2022-2027 tenure). 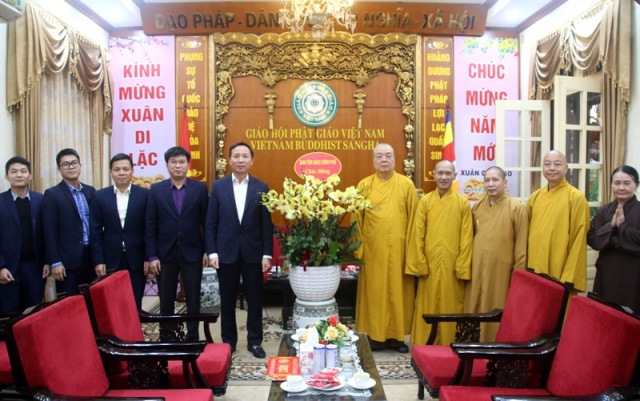 For his part, Most Venerable Thích Thanh Nhiễu took the chance to thank the GCRA for supports extended to Buddhist affairs of the VBS over the past years. The Most Venerable also extended Tet wishes to the GCRA officials and staff.